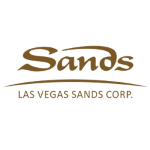 34.69
1.32 (3.96%)
Upgrade to Real-Time
Afterhours
34.69
Current Report Filing (8-k)
September 07 2021 - 04:15PM
Edgar (US Regulatory)
0001300514false00013005142021-09-072021-09-07
UNITED STATES
SECURITIES AND EXCHANGE COMMISSION
WASHINGTON, D.C. 20549
FORM 8-K
CURRENT REPORT
PURSUANT TO SECTION 13 OR 15(d) OF THE
SECURITIES EXCHANGE ACT OF 1934
Date of Report (Date of earliest event reported)         September 7, 2021
(702) 414-1000
(Registrant's Telephone Number, Including Area Code)
NOT APPLICABLE
(Former Name or Former Address, if Changed Since Last Report)
Check the appropriate box below if the Form 8-K filing is intended to simultaneously satisfy the filing obligation of the registrant under any of the following provisions (see General Instruction A.2. below):
On September 7, 2021, Marina Bay Sands Pte. Ltd. (“MBS” or the “Borrower”), a subsidiary of Las Vegas Sands Corp. (the “Company”), entered into an amendment letter (the “Second Amendment Letter”) with DBS Bank Ltd. (“DBS”), as agent. The Second Amendment Letter amends the facility agreement originally dated as of June 25, 2012 (as amended, restated, amended and restated, supplemented and otherwise modified, including by the amendment letter, dated as of June 18, 2020 (the "First Amendment Letter"), the “Facility Agreement”), among the Borrower, the lenders party thereto, DBS, as the agent, and the other parties thereto. Capitalized terms used and not defined herein are defined in the Facility Agreement.
The Second Amendment Letter (a) extends by one year to (and including) December 31, 2022, the waiver period for the requirement for MBS to comply with the financial covenant provisions under the Facility Agreement such that the Borrower will not have to comply with the leverage or interest coverage covenants for the financial quarters ending, and including, September 30, 2021 through, and including, December 31, 2022 (the “Waiver Period”); (b) extends to March 31, 2022, the deadline for delivering the Quantity Surveyor’s Construction Costs Estimate and the Construction Schedule, in each case for the MBS expansion project; and (c) permits the Borrower to make dividend payments during the Waiver Period of (i) an unlimited amount if the ratio of its debt to consolidated adjusted EBITDA is lower than or equal to 4.25 to 1 and (ii) up to S$500 million per fiscal year if the ratio of its debt to consolidated adjusted EBITDA is higher than 4.25 to 1, subject to the additional requirements that (a) the aggregate amount of the Borrower’s cash plus Facility B availability is greater than or equal to S$800 million immediately following such dividend payment and (b) the Borrower’s interest coverage ratio is higher than 3.00 to 1. Pursuant to the Second Amendment Letter, MBS agreed to pay a customary fee by September 8, 2021, to the lenders that consented thereto.
Some of the lenders, agents and arrangers under the Facility Agreement and their respective affiliates have provided, and may provide in the future, investment banking, commercial banking and other financial services for the Company and its subsidiaries in the ordinary course of business, for which they have received and would be expected to receive customary compensation.
The foregoing summary of the Second Amendment Letter is not complete and is qualified in its entirety by reference to the full and complete text of the Second Amendment Letter. A copy of the First Amendment Letter was filed as Exhibit 10.1 to the Current Report on Form 8-K filed on June 19, 2020 and a copy of the Second Amendment Letter is filed as Exhibit 10.1 to this Current Report on Form 8-K and incorporated herein by reference.
† Certain identified information has been excluded from the exhibit because such information both (i) is not material and (ii) would be competitively harmful if publicly disclosed.
SIGNATURES
Pursuant to the requirements of the Securities Exchange Act of 1934, the registrant has duly caused this report to be signed on its behalf by the undersigned hereunto duly authorized.
Dated: September 7, 2021
Las Vegas Sands (NYSE:LVS)
Historical Stock Chart
From Apr 2022 to May 2022 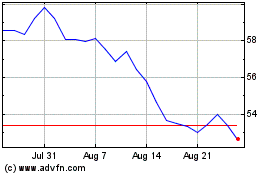 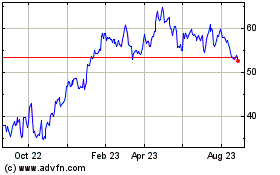 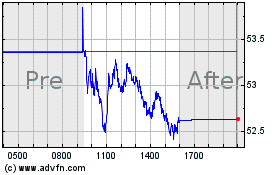