Shares of the companies that mine or make raw materials are lately trading like once-hot technology stocks.

The S&P 500's materials sector, which includes companies such as Linde PLC, Air Products & Chemicals Inc. and Sherwin-Williams Co., is up around 5.4% this month, even as the broader index has fallen more than 4%. The group has climbed 16% this quarter, the best performance among the S&P 500's 11 sectors.

Some individual companies have posted even bigger gains. Crop-nutrient producer Mosaic Co. has risen 54% this quarter, while miner Freeport McMoRan Inc. has added 47%.

That's a reversal from earlier in the year, when tech stocks including Apple Inc. and Google-parent Alphabet Inc. powered major indexes to new highs and the materials sector largely traded in line with the S&P 500. The tech sector Friday notched a third consecutive weekly decline, its longest string of weekly losses this year.

Fueling gains in materials shares: bets on an economic recovery, which have powered a rebound in prices for commodities like oil and industrial metals. Materials stocks began outpacing the broader index after the Federal Reserve in March announced it would do whatever it takes to support markets and the economy. By June, the Bloomberg Commodity Index -- which in March hit its lowest point in at least 20 years -- was rebounding.

The recent climb in commodity prices suggests materials shares could go even higher, some investors said.

"Commodity longs are about to be on the right side of a major asset-class move," said Michael Oliver of Momentum Structural Analysis, "that likely won't stop until it reaches extreme excesses of its own."

Companies are starting to rebuild after the economic collapse this spring and putting in orders for things like lumber, copper and zinc, said Tom Stringfellow, president of Frost Investment Advisors in San Antonio, Tex.

Business surveys also reflect that effort. New orders from manufacturers have been up for three months, according to the Institute for Supply Management. Meanwhile, inventories have been contracting.

That dynamic should lead to growth in new deliveries, Mr. Stringfellow said. Tech's gains have been predicated on the idea that more of daily life is moving online. Materials mark a bet that the real economy will recover, and grow, he said.

"It's like the canary in the coal mine," Mr. Stringfellow said.

Companies in the sector often operate in consolidated industries with earnings protected by contracts and rental income, said Peter Clark, an analyst at Société Générale.

Specialty-gases provider Linde PLC, the materials sector's largest company by market capitalization, is itself part of that consolidation, a result of a merger between Linde AG and Praxair. The company has beaten earnings expectations for the past six quarters. Shares are up more than 17% this quarter.

The rebound in materials shares could be a sign that the economy is recovering enough to lift other beaten-down sectors, such as industrials and financials, Mr. Stringfellow said.

Gains in the materials sector offer a better reading on the broader economy than the climb in tech, he said. Rising prices for materials like lumber and steel reflect rising orders in industries like housing and autos. That will eventually drive more activity and bring in even more sectors, like energy and banks shares.

"Some of the sectors that haven't participated yet, I think they do" in the coming months, he said. "I would say overall economic growth is building, despite not being out of Covid territory."

Write to Paul Vigna at paul.vigna@wsj.com 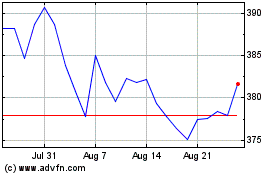 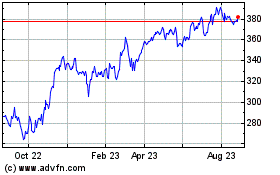 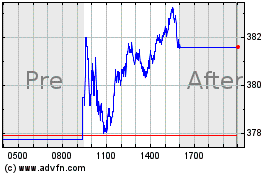