Discussion of Results for the Three Months ended June 30, 2019

The following discussion of OPC's results of operations is based on OPC's consolidated financial statements, as translated into US dollars.

Update on the Construction of the OPC-Hadera Plant

OPC-Hadera is constructing a 148 MW co-generation power plant in Israel. OPC expects that the total cost of completing the OPC-Hadera plant will be approximately NIS 1 billion (approximately $274 million).

As of June 30, 2019, OPC-Hadera had invested an aggregate of NIS 846 million (approximately $237 million) in the construction of the OPC-Hadera power plant and related infrastructure.

OPC management expects the commercial operation date of the OPC-Hadera plant to be in the fourth quarter of 2019 - this takes into account delays that occurred during the plant's construction, including the timetable for replacement of a faulty component discovered during performance of the construction work. In July 2019, the Minister of National Infrastructures, Energy and Water approved the postponement of the milestone date for the commercial operation stated in OPC-Hadera's conditional license to March 2020, and OPC-Hadera's lenders agreed to extend the commercial operation date in the OPC-Hadera loan agreement to the end of March 2020. OPC management expects that a portion of the costs and lost profits deriving from the delay will be covered by OPC-Hadera's insurance policy. In addition, OPC-Hadera is entitled to compensation from the EPC contractor pursuant to the construction agreement in respect of delay of the operation date. As a result, OPC management does not expect the delay will result in a change to the estimated construction cost of the Hadera Power Plant.

Tzomet Energy Ltd. ("Tzomet") is developing an open-cycle natural gas-fired power station with capacity of approximately 396 MW in Israel. In April 2019, Tzomet was granted a conditional licence for construction of the power plant. The licence is conditional on compliance with various milestones including reaching commercial operation within 66 months from the date of the conditional license. Additional approvals are required for the project to reach financial closing, including securing grid connection and construction permits. According to the relevant regulation, the Tzomet project is required to reach financial closing by January 1, 2020.

In June 2019, OPC issued 5,179,147 new ordinary shares (representing approximately 3.71% of OPC's issued and outstanding share capital at the time on a fully diluted basis) at a price of NIS 23.17 per share, for total cash consideration of approximately NIS 120 million (approximately $33 million). OPC indicated that the proceeds of the sale are expected to be used for general corporate purposes. Following the sale, Kenon's interest in OPC decreased from 75.8% to 73.0% (71.8% on a fully diluted basis).

In September 2019, OPC issued 5,849,093 new ordinary shares (representing approximately 4.02% of OPC's issued and outstanding share capital at the time on a fully diluted basis) at a price of NIS 26.50 per share, for total cash consideration of approximately NIS 155 million (approximately $44 million). OPC indicated the proceeds of the sale are expected to be used for general corporate purposes. Following the sale, Kenon's interest in OPC decreased from 73.0% to 69.9% (68.7% on a fully diluted basis).

Agreement to sell 12% of Qoros

As previously reported, in January 2019, Kenon entered into an agreement to sell half (12%) of its remaining interest (24%) in Qoros to the majority shareholder in Qoros for a purchase price of RMB1,560 million (approximately $220 million). The sale is subject to obtaining relevant third party consents and other closing conditions, including approvals by relevant government authorities. The parties are continuing the process of seeking these consents and approvals. Following completion of the sale, Kenon will hold a 12% interest in Qoros, the majority shareholder in Qoros will hold 63% and Chery Automobile Co. Ltd. will own 25%.

Kenon's subsidiary received a favourable ruling in July 2019 of $30 million, plus pre-award interest, in a commercial arbitration proceeding related to rights retained by that subsidiary following the sale of the Inkia businesses. The award, which remains to be paid, is subject to tax. The arbitration related to a dispute over an insurance claim. The proceeding is described in more detail in Kenon's annual report on Form 20-F for the year ended December 31, 2018

As of June 30, 2019, Kenon's unconsolidated cash balance was $30 million. There is no material debt at the Kenon level. Kenon's unconsolidated cash declined by approximately $5 million in Q2 2019 primarily as a result of certain final tax payments relating to the sale of the Inkia power business, together with legal expenses relating to certain claims and proceedings retained by Kenon after the sale of the Inkia power business, partially offset by the receipt of dividends from OPC.

Kenon is the beneficiary of a four-year deferred payment agreement, effective December 28, 2017, reflecting deferred consideration from the sale of its Inkia power businesses, accruing 8% interest, payable in kind (total payable as at June 30, 2019 including principal and accrued interest is $197 million). The deferred payment is subject to tax.

Kenon's management will host a conference call for investors and analysts on September 3, 2019, starting at 9:00 am Eastern Time. Kenon's and OPC's management will host the call and will be available to answer questions after presenting the results. To participate, please call one of the following teleconferencing numbers:

For those unable to participate, the teleconference will be available for replay on Kenon's website at http://www.kenon-holdings.com beginning 24 hours after the call.

Kenon is a holding company that operates dynamic, primarily growth-oriented businesses. The companies it owns, in whole or in part, are at various stages of development, ranging from established, cash-generating businesses to early stage development companies. Kenon's businesses consist of:

Kenon remains committed to its strategy to realize the value of its businesses for its shareholders. In connection with this strategy, Kenon may provide its shareholders with direct access to its businesses, which may include spin-offs, listings, offerings, distributions or monetization of its businesses. Kenon is actively exploring various ways to materialize this strategy in a rational and expeditious manner. For further information on Kenon's businesses and strategy, see Kenon's publicly available filings, which can be found on the SEC's website at www.sec.gov.  Please also see http://www.kenon-holdings.com for additional information.

This press release includes forward-looking statements within the meaning of the Private Securities Litigation Reform Act of 1995. These statements include, but are not limited to statements about (i) with respect to OPC, statements with respect to the OPC-Hadera and Tzomet projects, including expected installed capacity, expected cost, and expected timing of commercial operation of the projects as well as the impact of the delay in in completion of the Hadera project including statements about expected compensation and insurance and expectation that there will be no variance in cost for the project as a result of the delay, statements relating to the Tamar arbitration award and statements relating to use of proceeds of the OPC capital raises, (ii) with respect to Qoros, statements with respect to the agreement by Kenon to sell half of its remaining interest in Qoros to the majority shareholder in Qoros, that the parties are in the process of seeking the required approvals and (iii) statements relating to the arbitration ruling and other non-historical matters. These statements are based on Kenon's management's current expectations or beliefs, and are subject to uncertainty and changes in circumstances. These forward-looking statements are subject to a number of risks and uncertainties, many of which are beyond Kenon's control, which could cause the actual results to differ materially from those indicated in such forward-looking statements. Such risks include (i) with respect to OPC, risks relating to a failure to complete the project and reach commercial operation of the OPC-Hadera and Tzomet projects on a timely basis, within the expected budget, or at all, including the risk that OPC may be unable to obtain the required permits, licenses and other approvals or meet the required milestones required to proceed with the Tzomet project and costs associated with delays in reaching commercial operation, (ii) with respect to Qoros, risks relating to the agreement to sell half of Kenon's remaining interest in Qoros to the majority shareholder in Qoros, including the risk that the parties may be unable to obtain required consents including regulatory approvals and other risks relating to the closing of that transaction, including the timing thereof and the risk that the sale is not completed and (iii) with respect to Kenon risks relating to the arbitration ruling and enforcement thereof other risks and factors, including those risks set forth under the heading "Risk Factors" in Kenon's Annual Report on Form 20-F filed with the SEC and other filings. Except as required by law, Kenon undertakes no obligation to update these forward-looking statements, whether as a result of new information, future events, or otherwise.

[1] EBITDA is a non-IFRS measure. See Exhibit 99.2 of Kenon's Form 6-K dated September 3, 2019 for the definition of OPC's EBITDA and a reconciliation to its net profit for the applicable period.

[2] Convenience translations of RMB amounts into US Dollars use a rate of 7.10: 1.

[3] Kenon has agreed to sell half of its 24% interest to the majority shareholder in Qoros; upon completion of this sale, Kenon will hold a 12% interest in Qoros. 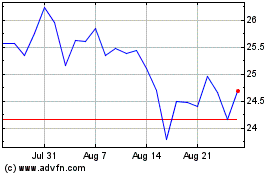 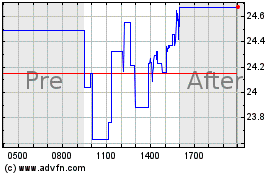