Net cash flows from operations were $15.4 million during the first quarter 2019, compared to $0.6 million in the first quarter 2018.  Total net cash flows, including investing and financing activities, were $5.0 million, compared to $(1.3) million one year ago.  At March 31, 2019, the Company had total liquidity of $78.1 million, consisting of $38.4 million of cash on hand, and $39.7 million of available borrowing capacity under its $50.0 million revolving credit facility, of which nothing was drawn.

Brian Hanson, ION's President and Chief Executive Officer, commented, "I'm pleased with the start to the year given the uncertain market outlook many of our E&P clients had in December due to oil price volatility.  While 2019 E&P spending levels are projected to be slightly up, it remains unclear how robust exploration activity and funding will be in 2019.  However, we are cautiously optimistic given the uptick in new venture interest we're seeing.

"We continue to believe market fundamentals will gradually improve as it becomes increasingly critical to meet production demand in the next decade.  Oil and gas projections suggest continued demand growth may create a supply gap in the middle of the next decade that shale may be unable to meet, necessitating offshore deepwater exploration and development.  Due to the time it takes to develop and start producing oil and gas from new discoveries offshore, there's an increasing need to reinvest in conventional resources offshore to meet demand in the middle of the next decade.

"Near-term, however, we expect exploration spending will remain very focused, with the majority of data sales tied to license rounds closing this year.  We remain focused on an increase in new multi-client program development, commercialization of our 4Sea next generation ocean bottom technology and greater adoption of Marlin offshore operations optimization software in both E&P and adjacent markets."

The Company's segment revenues for the first quarter were as follows (in thousands):

The Company has scheduled a conference call for Thursday, May 2, 2019, at 10:00 a.m. Eastern Time that will include a slide presentation to be posted in the Investor Relations section of the ION website by 9:00 a.m. Eastern Time.  To participate in the conference call, dial (877) 407-0672 at least 10 minutes before the call begins and ask for the ION conference call.  A replay of the call will be available approximately two hours after the live broadcast ends and will be accessible until May 16, 2019.  To access the replay, dial (877) 660-6853 and use pass code 13689014#.

Investors, analysts and the general public will also have the opportunity to listen to the conference call live over the Internet by visiting www.iongeo.com.  An archive of the webcast will be available shortly after the call on the Company's website.

The term Adjusted EBITDA represents net loss before interest expense, interest income, income taxes and depreciation and amortization charges.  Adjusted EBITDA is not a measure of financial performance under generally accepted accounting principles and should not be considered in isolation from or as a substitute for net income (loss) or cash flow measures prepared in accordance with generally accepted accounting principles or as a measure of profitability or liquidity. Additionally, Adjusted EBITDA may not be comparable to other similarly titled measures of other companies. The Company has included Adjusted EBITDA as a supplemental disclosure because its management believes that Adjusted EBITDA provides investors a helpful measure for comparing its operating performance with the performance of other companies that have different financing and capital structures or tax rates.  The Company had previously reported stock appreciation rights (SARs) expense as an adjustment to its Adjusted EBITDA due to the unusual nature associated with accelerated vesting of certain SARs awards.  Since such condition no longer exists and considering the recurring nature of recording outstanding SARs at their fair value, the Company has ceased reflecting SARs expense as an adjustment to its Adjusted EBITDA.  To assist with comparability, the Company has reduced its previously reported Adjusted EBITDA by $1.2 million related to SARs expense in the first quarter 2018. 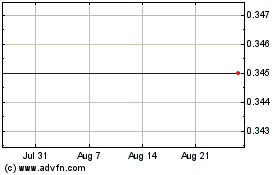 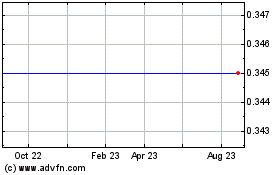 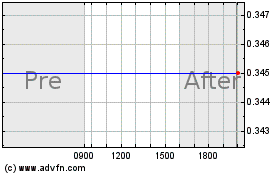