Kraft Heinz Co. and other big food makers are ramping up advertising after years of cost cutting, recognizing a need to rekindle enthusiasm for their condiments, candies and snacks.

"You need to nurture brands, take care of them, to keep them meaningful after 150 years," Chief Executive Miguel Patricio said in an interview.

Shares in Kraft Heinz fell 7.6% to $27.77 after the maker of Oscar Mayer meats and Jell-O desserts reported $6.54 billion in quarterly sales, short of analyst expectations and down 5.1% from a year earlier.

"That's how we connect with consumers and keep our brands relevant," Hershey CEO Michele Buck said in an interview.

Hershey's advertising expenses in North America rose 5% in the fourth quarter, and the chocolatier ran a commercial for its new Reese's Take 5 bar during this year's Super Bowl.

Kellogg also bought ads during the Super Bowl for Pringles and Pop-Tarts, snack brands the company is counting on to help make up for tepid cereal sales.

"That's the big leagues," Steve Cahillane, Kellogg's chief executive, said of paying a lofty price for the impact of a Super Bowl commercial. He said it is worth taking a temporary hit to profit if it fosters long-term sales potential. TV broadcaster Fox Corp. charged as much as $5.6 million for 30 seconds of advertising time during this year's National Football League championship game.

Mondelez increased ad spending for the first time in five years in 2019, to $1.21 billion from $1.17 billion the year before, and it plans to spend more again this year.

At Kraft Heinz, 3G stripped out nearly $2 billion in annual spending after the 2015 merger of Kraft Foods and H.J. Heinz. But the company has fallen short of its sales goals. Last year it also reduced the value of some of its best-known brands by a combined $17 billion.

Mr. Patricio, who took over after the biggest of the write-downs, is now investing again, leading to lower margins for key brands including Oscar Mayer deli meat and Philadelphia cream cheese.

Kraft Heinz on Thursday lowered the value of its Maxwell House brand by $213 million. The coffee has fared poorly amid the rise in high-end, trendy coffee and new flavors. Kraft Heinz also lost market share in cheese and cold cuts in the quarter, while condiment sales remained strong.

Mr. Patricio, who took over last June, said Kraft Heinz would continue to spend more on marketing for big brands that drive profitability. He didn't name those brands. Analysts expect Heinz condiments, Philadelphia cream cheese and Planters nuts to be among the brands drawing increased investments.

Last year, Kraft Heinz embarked on its first global ad campaign to mark Heinz's 150th anniversary. The company collaborated with singer Ed Sheeran -- who has a tattoo of the Heinz logo on his arm -- to sell a limited-edition ketchup dubbed "Edchup."

This year, Kraft Heinz is increasing spending on television ads and other consumer-oriented marketing by 30% while cutting less-visible expenses like agency fees. Mr. Patricio said he aims to make the company's supply chain more efficient and reduce the complexity of its sprawling operations to fund new investments.

"We could put the savings on the bottom line, but that's not what we want to do. We want to invest in our brands," he said.

For the fourth quarter, Kraft Heinz posted a 2.2% drop in comparable sales globally, including a 2.7% decline in the U.S., its biggest market. The sales metric excludes the effect of currency fluctuations, mergers and divestitures.

The company's profit for the period was $182 million, or 15 cents a share, compared with a loss of $12.57 billion a year earlier. Excluding certain items affecting comparability, its adjusted profit of 72 cents a share beat analyst estimates by four cents.

contributed to this article. 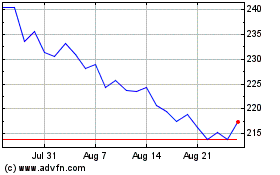 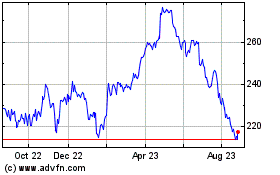 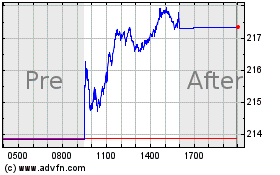