No stock has been more heavily attacked by activist short sellers this year than GSX Techedu Inc., a New York-listed Chinese tutoring company.

So far, GSX has come out on top. After quintupling this year, it is one of the world's most valuable education businesses, with a market capitalization of $27.3 billion.

"Shorting this, it has been just a nightmare," said Richard Smatt, a mathematics professor at Flagler College in St. Augustine, Fla., who said he is sitting on tens of thousands of dollars in unrealized losses on GSX.

Short sellers have made killings on stocks such as Nikola Corp. and Luckin Coffee Inc. But in these volatile and speculative markets, the playbook has also flopped. Despite more than a dozen scathing research reports that have accused GSX of inflating its revenue and other questionable practices--allegations that sparked an investigation by the U.S. Securities and Exchange Commission--losses have mounted for investors who have bet against the six-year-old company.

GSX is one of the worst-performing bets for short sellers globally this year, as measured by the stock's performance since the first short-seller report against the company was released in February, according to Breakout Point, a research service. Bearish investors also have suffered heavy losses betting against Tesla Inc., whose stock is now worth more than five times what it was at the start of the year.

Just 16 months ago, Beijing-based GSX was valued at $2.5 billion after completing a $216 million initial public offering on the New York Stock Exchange. The company provides after-school online tutoring to elementary-to-high-school students all over China, as well as professional training for adults in subjects such as finance and education, and has reported triple-digit revenue growth since 2017. GSX says it collects course fees from students, who attend live lectures in large classes or receive tutoring in smaller groups in mathematics, foreign languages and other subjects.

Online education has been a rapidly growing sector in China, and other education stocks have climbed this year as the coronavirus pandemic helped make a bigger case for remote learning. GSX's gains, however, have far exceeded those of its peers. Some investors say this has been the result of a "short squeeze," in which short sellers have been forced to buy back shares to close out their losing bets, pushing prices sharply higher in the process. In June, as much as 33% of GSX's shares had been sold short, according to S3 Partners, excluding the supervoting shares owned by the company's founder.

In the first six months of 2020, GSX reported revenue of 2.95 billion yuan, equivalent to $434 million, a more than fourfold increase from the same period a year ago. It posted first-half net income of 167 million yuan, or $24.6 million.

Their research has drawn like-minded investors, who have banded together on Twitter to criticize GSX and share strategies in the hope of profiting from stock-price declines. Members of the group have repeatedly sent emails to the SEC, U.S. politicians and GSX's auditor, Deloitte, pleading with them to act. Some short sellers have encouraged journalists to investigate the company and asked Chinese regulators to look into its practices.

It is rare for a company to be attacked the way GSX has been, said Gillem Tulloch, founder of Hong Kong-based investment-research firm GMT Research, adding, "I've almost never seen anything like this."

GSX has steadfastly denied allegations of fraud and defended its business. The company said last month that the SEC's enforcement division has asked it to produce financial and operating records dating back to the beginning of 2017. Its shares initially declined before returning to levels they were at before the company disclosed the investigation.

"We have turned over our phones, laptops and the company's hard drives to cooperate with the internal investigation," she said. "It is not a comfortable process, but no investigation with integrity is comfortable."

Ms. Shen also said that since May, some GSX employees have received phone calls from anonymous people. "A lot of our executives, colleagues and investors have been harassed," she said, adding that she received three calls in which people speaking in Mandarin threatened to put her in jail.

More than a dozen short sellers and GSX investors said they had no knowledge of such calls. "That's not cool. That's not the right way to be," said Mr. Eggert, of Grizzly Research. "If you try to be on the right side of the battle, you also have to behave in such ways," he said.

Short sellers have previously targeted stocks of other Chinese education companies, including TAL Education Group and New Oriental Education & Technology Group Inc. Earlier this year, New York-listed TAL said it discovered that an employee had wrongly inflated some sales in a new business that accounted for 3% to 4% of its revenue for its fiscal year that ended in February. Its shares initially fell but are now up nearly 65% in the year to date.

Wang Qiang, founder and chairman of Hong Kong-based hedge-fund manager Pinpoint Asset Management, said his firm purchased GSX's American depositary receipts earlier this year and sold them gradually as the shares climbed, cashing out completely by August, after they had multiplied in value. He said he scrutinized the company closely and wasn't bothered much by short sellers' reports.

"Foreigners might not understand GSX. They do not understand how much Chinese parents are willing to spend on the education of their kids," Mr. Wang said.

Others are nursing their wounds. Tom Forrest, a Hong Kong-based individual investor and novice short seller, borrowed GSX shares in May and sold them, and is sitting on tens of thousands of dollars in losses. "I naively thought it'd be a straightforward process" after Luckin's downfall, said the 42-year-old, who works as a consultant and published two reports on GSX under the name Sylvan Research.

Xu Weikang, a 28-year-old software engineer in Beijing, is in the same boat. A company he co-owns called Scorpio VC has released four research reports on GSX and lost half of the roughly $160,000 it was betting against the company. It closed out its short position in August when the stock hit a record, but recently bet against the company again following news of the SEC investigation.

"We can only count on the SEC now. I still believe GSX is problematic," Mr. Xu said.

Write to Jing Yang at Jing.Yang@wsj.com and Xie Yu at Yu.Xie@wsj.com 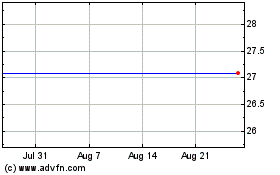 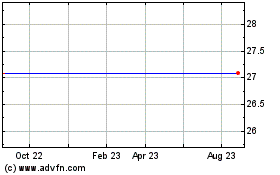 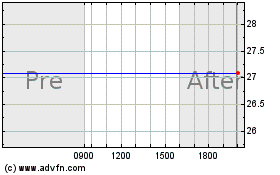