38.66
0.00 (0.0%)
Upgrade to Real-Time
Afterhours (Closed)
38.66
Ample Supplies of Relenza Available as Flu Season Peaks
March 02 2009 - 11:47AM
PR Newswire (US)
RESEARCH TRIANGLE PARK, N.C., March 2 /PRNewswire-FirstCall/ -- GlaxoSmithKline (NYSE:GSK) is prepared with ample supplies of the influenza antiviral medication RELENZA(R) (zanamivir) Inhalation Powder (http://www.relenza.com/) to meet public health needs as the current influenza season peaks. According to newly updated influenza activity data (http://www.cdc.gov/flu/weekly/) released by the Centers for Disease Control and Prevention (CDC), the flu virus is widespread in 27 states. Relenza is a preferred medication for all circulating subtypes of influenza virus according to CDC interim guidance, issued on December 19th, 2008 http://www2a.cdc.gov/HAN/ArchiveSys/ViewMsgV.asp?AlertNum=00279. Based on the latest CDC influenza activity data, the influenza A (H1N1) virus appears to be the most prevalent strain circulating this flu season in the United States, but concern of antiviral resistance persists with the influenza A (H1N1) strain. According to CDC surveillance data, RELENZA has not shown resistance to the influenza A (H1N1) virus or any of the other CDC-tested influenza virus subtypes circulating this flu season. Clinical significance cannot be inferred from this surveillance data. Pharmacies can obtain RELENZA from their wholesalers. About RELENZA RELENZA is a medicine for the treatment of influenza and for reducing the chance of getting the flu in community and household settings. It belongs to a group of medicines called neuraminidase inhibitors. These medications attack the influenza virus and prevent it from spreading inside your body. RELENZA treats the cause of influenza at its source, rather than simply masking the symptoms. RELENZA is delivered via oral inhalation using a Diskhaler. Step-by-step instructions for proper use of the Diskhaler are available at http://www.relenza.com/, including a short instruction video. Important Safety Information RELENZA is not recommended for treatment or prophylaxis of influenza in individuals with underlying airways disease (such as asthma or chronic obstructive pulmonary disease). Serious cases of bronchospasm, including fatalities, have been reported during treatment with RELENZA in patient with and without underlying airways disease. Many of these cases were reported during postmarketing and causality was difficult to assess. If use of RELENZA is considered for a patient with underlying airways disease, the potential risks and benefits should be carefully weighed. Use in these patients should be done only under conditions of careful monitoring or respiratory function, close observation, and appropriate supportive care including availability of fast-acting bronchodilators. Discontinue RELENZA and initiate appropriate treatment if an allergic reaction occurs or is suspected. Patients with influenza, particularly pediatric patients, may be at an increased risk of seizures, confusion, or abnormal behavior early in their illness. Monitor for signs of abnormal behavior. Safety and efficacy have not been demonstrated in patients with high-risk underlying medical conditions. RELENZA has not been proven effective for prophylaxis of influenza in the nursing home setting. RELENZA is not a substitute for early influenza vaccination on an annual basis as recommended by the Centers for Disease Control's Immunization Practices Advisory Committee. Influenza viruses change over time. Emergence of resistance mutations could decrease drug effectiveness. Other factors (for example, changes in viral virulence) might also diminish clinical benefit of antiviral drugs. Prescribers should consider available information on influenza drug susceptibility patterns and treatment effects when deciding whether to use RELENZA. GlaxoSmithKline: A Leader in Flu GlaxoSmithKline has an active research and development program targeted at both seasonal and pandemic flu and has recently invested more than $2 billion to expand capacity for manufacturing its flu vaccines FLUARIX(R) [Influenza Virus Vaccine] and FLULAVAL(TM) [Influenza Virus Vaccine] and its antiviral flu medication RELENZA. GlaxoSmithKline -- one of the world's leading research-based pharmaceutical and healthcare companies -- is committed to improving the quality of human life by enabling people to do more, feel better and live longer. For company information, visit GlaxoSmithKline at http://www.gsk.com/. Cautionary statement regarding forward-looking statements Under the safe harbor provisions of the U.S. Private Securities Litigation Reform Act of 1995, GSK cautions investors that any forward-looking statements or projections made by GSK, including those made in this announcement, are subject to risks and uncertainties that may cause actual results to differ materially from those projected. Factors that may affect GSK' s operations are described under 'Risk Factors' in the 'Business Review' in the company' s Annual Report on Form 20-F for 2007. DATASOURCE: GlaxoSmithKline CONTACT: Media enquiries: Jeff McLaughlin, +1-215-751-7709, Mary Ann Rhyne, +1-919-483-2839, or Sarah Alspach, +1-215-751-7709, or US Analyst Web Site: http://www.relenza.com/ 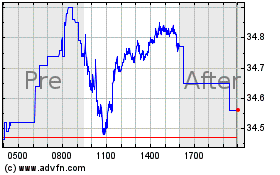