Gold prices zoomed to a record Monday, as a weakening dollar injected new momentum into a rally driven by uncertainty about the world economy.

Futures contracts for delivering gold in August shot up as much as 2.2% to $1,940.10 a troy ounce, topping the previous intraday peak of $1,923.70 from September 2011. They ended the day up 1.8% at $1,931, a second consecutive closing record. Gold futures reached an all-time closing high for the first time in nearly nine years Friday, but remained short of the intraday record.

Monday's record marked a milestone in gold's bull run, which many traders rank alongside those of 2008-11 and the late 1970s. The gloomy outlook for the world economy, a decline in interest rates, rising tensions between the U.S. and China, and the dollar's depreciation have fueled the surge as investors have bought assets they perceive to be havens.

"There are still a lot of things to be worried about, which is why gold is attracting all this attention and all this money," said David Govett, head of precious metals at commodities brokerage Marex Spectron.

"You're seeing money slipping out of the stock market or out of other assets and just eking into gold," Mr. Govett added. "Gold, as a small market, is moving a long way as a result."

The advance marked gold's seventh consecutive daily advance, the metal's longest winning streak since February. Gold prices have gained nearly 9% over the past month and about 27% this year, making the metal one of the strongest-performing major assets in 2020.

The price of silver, seen as a store of value by investors as well as having widespread industrial uses, rose even more sharply than gold Monday. Futures for September delivery, the most widely owned contracts, jumped 7.2% to $24.501 an ounce, the highest level in almost seven years.

Adding impetus to gold and silver Monday was a weakening in the dollar, which made the precious metals more attractive to investors overseas. The ICE U.S. Dollar Index, which tracks the dollar against the currencies of six trading partners, fell Monday, extending a recent slide that has it on track for its worst month in nearly a decade.

Gold's traditional inverse relationship with the dollar had frayed this year, as both assets benefited from haven buying during the pandemic. It is now reasserting itself, a factor that will boost gold in the coming months if the dollar continues to slide, said Joni Teves, precious-metal strategist at UBS Group.

Still, "the move in gold this year has really been driven by rising strategic interest," said Ms. Teves. Investors who were previously uninterested in the precious metal are now buying it, a trend that could lift prices above $2,000 an ounce within six months, she added.

Shares of precious-metals miners including Barrick Gold Corp. and Newmont Corp. benefited from Monday's advance in gold and silver, extending their recent gains. Some gold-mining stocks are now up more than 50% this year.

Gold prices have leapt in London, the main hub for buying and selling gold bars, as well as in New York's futures market. In Friday's auction, prices topped $1,900 for the first time since the Bank of England and N.M. Rothschild & Sons Ltd., now investment bank Rothschild & Co., founded the daily price in 1919.

One factor that distinguishes the current surge in gold prices from the bull run during and after the last global financial crisis is the fragile state of demand for physical metal. Lockdowns and economic uncertainty have crimped jewelry purchases in India and China, normally two huge bullion markets.

So far, a burst of buying by investors has more than offset the dearth of jewelry demand. But if financial demand dries up, prices could fall without physical consumption to act as a cushion for prices, said Ms. Teves.

Investors who wouldn't normally be active in the market until European and U.S. hours bought gold in thin Asian trading Monday, exaggerating the rise, according to Mr. Govett. "London this morning is a little bit shellshocked," he said.

However, Mr. Govett added that gold could be knocked off course in the event of a correction in the stock market that prompts investors to sell precious metals to meet margin calls.

Write to Joe Wallace at Joe.Wallace@wsj.com 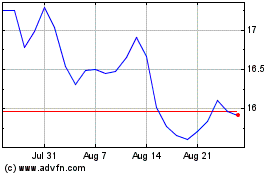 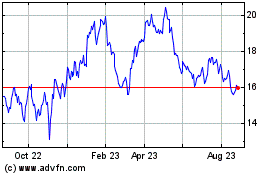 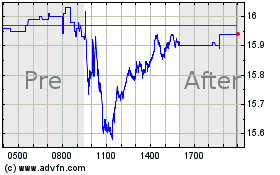