Check the appropriate box below if the Form 8-K filing is intended to simultaneously satisfy the filing obligation of the registrant under any of the following provisions (see General Instructions A.2. below):

The Board of Directors (the “Board”) of The GEO Group, Inc. (“GEO” or the “Company”) has determined that it is in the best interests of the Company to implement a succession plan for the Chief Executive Officer position given that the Company’s Founder, Chairman and Chief Executive Officer, George C. Zoley, is 71 years old and has served with the Company for approximately forty years. The primary objectives of the Board in initiating a succession plan were to secure Mr. Zoley’s services on a long-term basis to ensure a proper senior management transition, and to retain a new Chief Executive Officer that would succeed Mr. Zoley in that role. This change will allow Mr. Zoley the ability to focus on planning of the Company’s future.

On May 27, 2021, the Board terminated without cause Mr. Zoley’s existing employment agreement, effective as of June 30, 2021, and entered into a new five-year employment agreement with Mr. Zoley as Executive Chairman, in a modified role and at reduced compensation. The new employment agreement with Mr. Zoley will secure Mr. Zoley’s continuous employment, enabling the Company to continue to benefit from Mr. Zoley’s extensive knowledge and experience, and providing for an orderly transition of senior management. Also on May 27, 2021, the Board determined that it was in the best interests of the Company to appoint Jose Gordo as the successor Chief Executive Officer of the Company, effective as of July 1, 2021, in light of Mr. Gordo’s business experience and background, his long history of working with GEO, his intimate understanding of the Company’s business and his service on the Board of Directors.

of $1.0 million and will be eligible to receive target annual performance awards equal to 100% of base salary in accordance with the terms of any plan governing senior management performance awards. Mr. Zoley will also be entitled to receive an annual equity incentive award with a grant date fair value equal to 100% of base salary and subject to a time-based vesting schedule of one (1) year from the date of grant. Additionally, the Company will credit Mr. Zoley’s account balance under the Amended and Restated Executive Retirement Agreement on an annual basis in an amount equal to 100% of his base salary. Lastly, Mr. Zoley is entitled to participate in all benefits and perquisites available to executive officers of GEO.

Upon the termination of the Executive Chairman Agreement by GEO for cause or by Mr. Zoley without good reason, Mr. Zoley will be entitled to only the amount of compensation that is due through the effective date of the termination, including the retirement benefit due to him under his executive retirement agreement. The Executive Chairman Agreement contains restrictive covenants, including a non-competition covenant that runs through the three (3) year period following the termination of the executive’s employment, and customary confidentiality and work product provisions.

Jose Gordo, 48, has over 20 years of experience in business management, private equity, corporate finance and business law. Since June 2017, Mr. Gordo has served as the Managing Partner of a general partnership that invests in and actively oversees small and medium-sized privately held

companies, with a focus on the healthcare, consumer products and technology industries. From 2013 to early 2017, Mr. Gordo served as the Chief Financial Officer of magicJack Vocaltec Ltd., a publicly-traded company in the telecommunications industry. Prior to that position, Mr. Gordo served as a Managing Director at The Comvest Group, a Florida-based private equity firm. Mr. Gordo was also previously a partner at the national law firm of Akerman LLP, where he specialized in corporate law matters, advising public and private companies and private equity firms on mergers and acquisitions and capital markets transactions. He received a J.D. degree from Georgetown University Law Center and a B.A. degree from the University of Miami.

Under the terms of the Employment Agreement, Mr. Gordo will be paid an annual base salary of $900,000, subject to the review and potential increase within the sole discretion of the Compensation Committee. Mr. Gordo will also be entitled to receive a target annual performance award of 85% of Mr. Gordo’s base salary and will also be entitled to participate in the Company’s stock incentive plan and upon the Effective Date, the Company will grant Mr. Gordo an award of 50,000 performance-shares that will vest ratably over a three-year period.

The Employment Agreement provides that upon the termination of the agreement by Mr. Gordo for good reason, by the Company without cause or upon the death or disability of Mr. Gordo, he will be entitled to receive a termination payment equal to two (2) times the sum of his annual base salary plus target bonus for the fiscal year in which his employment is terminated or, if greater, the target bonus for the fiscal year immediately prior to such termination. The Company will also continue to provide Mr. Gordo and any covered dependents with the Executive Benefits as defined in the Employment Agreement for a period of five (5) years after the date of termination. In the event of Mr. Gordo’s death within such five (5) year period, the Company will continue to provide the Executive Benefits to Mr. Gordo’s covered dependents, and, if applicable to Mr. Gordo’s estate. In addition, the Employment Agreement provides that upon such termination, GEO will transfer all of its interest in any automobile used by the executive pursuant to its employee automobile policy and pay the balance of any outstanding loans or leases on such automobile so that the executive owns the automobile outright. In the event such automobile is leased, the Employment Agreement provides that GEO will pay the residual cost of the lease. In the event the Company does not pay the termination payment by the due date, then any unpaid amount shall bear interest at the rate of eighteen percent (18%) per annum, compounded monthly, until paid. Lastly, all of the outstanding and unvested stock options and restricted stock granted to Mr. Gordo prior to termination will fully vest immediately upon termination; provided, however that any restricted stock that is subject to performance-based vesting shall only vest when and to the extent the Compensation Committee certifies that the performance goals are actually met. 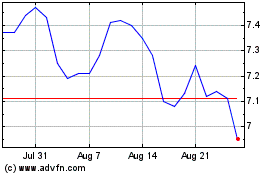 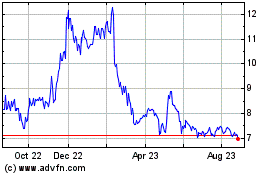 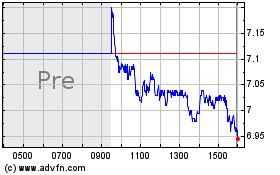