USA TODAY spotlights 100 notable women as “Women of the Century,” as part of effort to commemorate the 100th anniversary the 19th Amendment. In addition, more than 260 Gannett properties combine forces to recognize 500+ women with outstanding achievements in fields including arts, literature, civil rights, sports, science and education.

USA TODAY, part of Gannett Co., Inc. (NYSE: GCI), names “100 Women of the Century” as part of its ongoing “Women of the Century” project to recognize the accomplishments of American women in commemoration of the 100th anniversary of the 19th Amendment. USA TODAY selected 100 influential women for its national list, and USA TODAY NETWORK properties across the country recognized more than 500 notable women across every state, the District of Columbia and the inhabited U.S. territories.

USA TODAY issued a public call for nominations in January, and a diverse panel of expert judges helped select 100 national “Women of the Century” who have displayed outstanding achievement in one of the following areas: arts & literature; business; civil rights; education; entertainment; law; media; nonprofits & philanthropy; politics; science & medicine; and sports. The complete national list can be found in today’s USA TODAY print edition and online at usatoday.com/womenofthecentury.

“This project began last year when we were brainstorming ways to recognize the 100th anniversary of the 19th Amendment,” said USA TODAY editor-in-chief Nicole Carroll. “We purposely use the words ‘recognize’ and ‘commemorate,’ instead of ‘celebrate,’ when talking about the 19th Amendment. We recognize that while the 19th Amendment was an incredible accomplishment, in practice many women, most of them women of color, were left on the sidelines.”

“But we also knew this was an opportunity to amplify the work of a rich and diverse group of women who fought with their voices, their ideas and even their bodies to better our country. Women often overlooked.”

USA TODAY NETWORK’s news outlets across the country asked their communities to nominate woman most notable to them and engaged local experts to help them name 10 “Women of the Century” from each state and U.S. territory.

"I hope that this project exposes people to women they didn't read about in their history books or see on television," said Philana Patterson, a USA TODAY managing editor who has overseen the project. "We've got many famous women with household names dotted across this project, but I find myself most inspired by many of the women I didn't know who work in our communities to make them better."

Additionally, USA TODAY NETWORK’s “Humankind” has launched a news video series “Womankind” highlighting the strong, courageous individuals who have made positive change in their communities. Also, as part of the project, the company launched two augmented reality experiences – one that brings to life famous women's suffrage speeches and one that explores statues of the women’s suffrage movement. Both experiences are available in the augmented reality section of USA TODAY’s app.

Finally, to bring this remarkable program to life, USA TODAY NETWORK’s Storytellers Project will host a virtual event with six storytellers recognized as “Women of the Century.” The event will be livestreamed on Facebook and YouTube on Aug. 18 at 8 p.m. ET.

USA TODAY NETWORK, part of Gannett Co, Inc. (NYSE: GCI), is the largest local-to-national media organization in the country, powered by our award-winning newsrooms and marketing solutions business. With deep roots in local communities spanning the U.S. with more than 260 local media brands, plus USA TODAY, we engage more than 150 million people every month through a diverse portfolio of multi-platform content offerings and experiences. For more information, visit www.gannett.com. 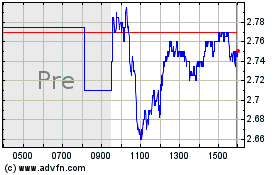