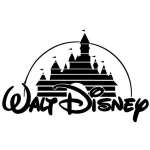 Langley Roby, a 38-year-old teacher, counts traveling to Walt Disney World in her mother's womb as her first visit to the theme park in Orlando, Fla. Her mother was six months pregnant, but that didn't stop her from riding Space Mountain, says Ms. Roby.

Ms. Roby's next visit to Disney World may end up being even more unusual. Ms. Roby, from Owensboro, Ky., plans to arrive at the park early Thursday morning to be among the first guests welcomed back into the Magic Kingdom since the coronavirus pandemic closed its gates in March.

"It's never going to be cleaner than it is that day," said Ms. Roby, who said she has visited Disney World about 40 times. "I feel like it will honestly be a safer environment than just going to the grocery [store] or any place local because Disney has so much on the line."

Walt Disney Co. is counting on die-hard fans like Ms. Roby to weigh the risks of traveling amid a pandemic and still decide to head to the park. In the most crucial test yet of its ability to resume operations while keeping consumers safe, Disney will begin opening its flagship park in phases starting on Thursday and continuing through July 15. Other theme parks have begun welcoming visitors, but Disney World carries a symbolic pull, with its closures and reopening plans serving as something of a barometer for the economic resuscitation at large.

The timing is particularly fraught, though, as the number of coronavirus cases in Florida reaches record levels. Disney is introducing safety measures that will inevitably disrupt the escapist environment of the Happiest Place on Earth.

Dozens of Florida hospitals have recently reported a surge in admissions. Gov. Ron DeSantis has nonetheless encouraged Disney to stay on course with the reopening plan it first announced in late May.

"We have to have society function," he said at a news conference this week.

The park is open to annual passholders like Ms. Roby on Thursday and Friday, with the Magic Kingdom and Animal Kingdom areas opening to the general public on July 11, followed by Epcot and Disney's Hollywood Studios four days later.

Workers at Disneyland Resort in Anaheim, Calif., vocally opposed Disney's plans to reopen there, culminating in a protest outside the park and a consortium of unions pleading with California Gov. Gavin Newsom to ask Disney to delay. The company ultimately did, saying it couldn't reopen on schedule after state officials delayed the release of theme-park safety guidelines.

Far less opposition has emerged among the Walt Disney World workforce, though the company has faced pushback over plans to have workers self-screen for coronavirus symptoms.

The Actors' Equity Association, which represents some performers at the park, has called on Disney to postpone the opening as cases in Florida rise. The performers' jobs make them particularly vulnerable to contagion, the association said.

"It is deeply disturbing that while coronavirus cases in Florida surge, Disney is refusing to provide regular testing to one of the few groups of workers in the park who by the very nature of their jobs, cannot use personal protective equipment," said Mary McColl, executive director of Actors' Equity Association, in a statement.

A Disney spokeswoman said Actors' Equity members won't be called back to work during the phased reopening. "We regret that their union hasn't accepted the safety protocols."

Disney is significantly reducing its capacity at the park, the spokeswoman said. But any revenue that could help Disney break even is welcome after months of closures that have cost the company billions of dollars in revenue. A popular summer day at Walt Disney World can attract more than 200,000 guests and generate tens of millions of dollars in revenue, according to a former executive at the parks. Disney World will have been closed for 118 days when it reopens to the broad public on Saturday.

Essentially all parks employees have been furloughed since April, and some have had such difficulty navigating Florida's unemployment system that they have yet to receive a benefit check, workers say. Others, however, have taken home two or three times their regular income thanks to the extra $600 a week added by the federal stimulus package.

Disney's parks in Shanghai and Hong Kong have already reopened, allowing revenue to start flowing back to what had been the company's fastest-growing division. In May, Disney said the coronavirus had taken about $1 billion in revenue from its parks division in the January-to-March quarter, when a majority of parks were closed for only a few weeks. The scope of the problem is expected to prove even bigger in August. The company will disclose earnings from the following quarter, when the domestic parks were shut down and the international locations only open for a limited time.

Many of the most iconic aspects of a trip to Disney World have been reimagined for the Covid era. Carousel riders and monorail travelers will complete their journeys at a distance from others. Characters such as Cinderella or Gaston wave from balconies -- or trot through the park on horses -- rather than walk the grounds, pose for photos with guests and even hug them.

If workers see customers flouting the mandatory-mask rule, they are to approach them with the same demeanor as when they see someone smoking in a non-designated space, said Eric Clinton, president of an Orlando union local whose members operate rides and perform custodial work at the park. From there, things can escalate to summoning security or making the guest leave the park.

Ms. Roby is packing extra masks for her group, including her mother and sister. But she also has priorities beyond safety.

"We want to try and ride every single ride at Magic Kingdom," she said. "These are going to be the lowest lines we've ever seen."

Write to Erich Schwartzel at erich.schwartzel@wsj.com 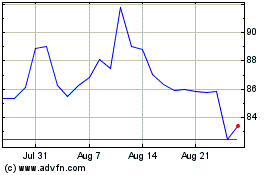 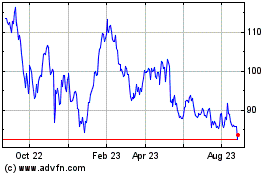 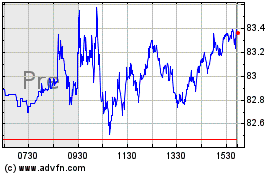