The surge in U.S. coronavirus cases and growing demand for Covid-19 tests are straining the ability of pharmacies and labs to deliver timely results to consumers, causing delays that hamper efforts to contain the spread of the virus.

CVS Health Corp., which tests tens of thousands of patients daily, initially promised results in three to five days and is now telling people to expect a wait of between five and seven days because of backlogs at testing labs. Walmart Inc. says tests that took around two days as recently as late June now take four to six because demand has increased in recent days as a result of cases in states such as Texas.

Infectious-disease experts say prolonged wait times for test results complicate efforts to find and isolate the chain of people with whom an infected individual has been in contact. That makes it harder to limit the virus's spread.

"If you're going to do contact tracing and the test comes back in five to seven days, you might as well not do contact tracing because it's already too late," Anthony Fauci, the nation's top infectious-disease doctor, said in an interview with "The Journal," a Gimlet and Wall Street Journal podcast, posted Wednesday.

Individuals waiting on diagnostic test results must decide whether to isolate themselves until the results arrive or continue going to work or social activities and risk transmission to others. The number of confirmed new Covid-19 cases in the U.S. hit a new single-day high of 60,000 on Wednesday, according to data from Johns Hopkins University.

Many Americans are emerging from months of quarantine and social isolation while the summer weather, along with business reopenings, is drawing more people outside to recreational and social gatherings.

Will Harrison, 25 years old, was exposed to Covid-19 at his job as a dental assistant in Dallas, where cases have been surging in recent weeks. A doctor advised him to be tested for the virus, but since taking a test at a CVS in Garland, Texas, on July 1, he still hasn't received a result through the company's online portal.

"I was never told to expect delays," said Mr. Harrison, who is the caregiver for an elderly relative. "I don't feel comfortable returning home to my family without negative results, so I stayed a few nights in a hotel, and I'm couch-surfing this week to save money."

CVS, which can test 70,000 people a day, last week extended the expected wait time for test results at roughly 1,400 locations offering self-swab tests that are then sent to third-party labs for testing. Surging cases in some parts of the country have created extremely high demand, leading to backlogs in getting results, a CVS spokesman said.

Alex Segura, a commercial audiovisual technician in Houston, sought a coronavirus test at a CVS there on June 18, hoping to confirm that he hadn't contracted the disease when he joined a protest over the killing of George Floyd by police. It took nearly two weeks for him to get his negative result back, he said.

Lab giant Quest Diagnostics earlier this week said increased demand for testing, particularly in the southern, southwestern and western U.S., had delayed turnaround time for tests to four to six days. That is up from a three- to five-day range announced June 29.

A spokeswoman for Laboratory Corp. of America said increased demand as well as supply and equipment constraints has meant it may take four to six days to deliver results once a specimen is picked up. That compares with the typical one- to two-day period, though results are faster for patients in hospitals. The company is able to process more than 130,000 tests a day and plans to increase that to 150,000 this month, she added.

The U.S. struggled with testing supply constraints -- and accuracy concerns -- in the early weeks of the pandemic. Initially testing was limited to those with symptoms and front-line health-care workers.

Since then, federal and state governments have taken some steps to improve test accuracy and bolster supply chains to boost capacity and access to testing, but recent surges in cases have driven up demand. Some states make testing available to anyone who wants one, even if they show no symptoms or don't know whether they have been in contact with someone who is infected.

Atlanta Mayor Keisha Lance Bottoms said in a tweet this week she was positive for Covid-19, eight days after being tested, adding that three people in her house now have the virus. "If we had known sooner, we would have immediately quarantined," she wrote.

Testing hiccups have caused difficulties for the nascent Major League Baseball season in recent days. Since players reported to stadiums for training beginning in late June, delays in the league's Covid-19 testing regime caused some teams, including the Washington Nationals and the Houston Astros, to cancel scheduled workouts.

"The process has not been without some unforeseen difficulties, which are being addressed with the service providers that are essential to the execution of the protocols," MLB said in a statement. The league's testing plan in part involves shipping samples collected from players to a laboratory in Utah.

Some medical practices have struggled to get adequate supplies to conduct tests.

The practice set out to buy its own rapid-test system, which it expects to arrive in late August. In the meantime, Ms. Tezcucano said, the practice offers antibody tests that can indicate if a person has an active infection but are typically used as an indicator of whether a person has been infected with the virus in the past. The antibodies take about a week to show up, so a negative test doesn't rule out coronavirus.

The Centers for Disease Control and Prevention has said antibody tests shouldn't be used to diagnose an active infection except in situations in which viral testing is delayed.

About 60 patients a day were coming in for the antibody tests when the practice began offering them a few weeks ago. Last week, that number jumped to 250 a day. On Monday, 318 people came in for tests, Ms. Tezcucano said.

"People want their answers," she said. "I feel like I have the responsibility of having blood on my hands in making sure our patients not only have good care but also accurate and reliable results."

--Sarah Nassauer contributed to this article.

Write to Sarah Krouse at sarah.krouse@wsj.com, Sharon Terlep at sharon.terlep@wsj.com and Matt Grossman at matt.grossman@wsj.com 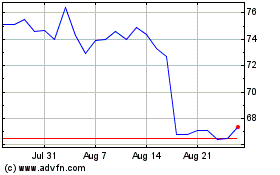 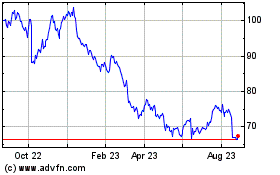 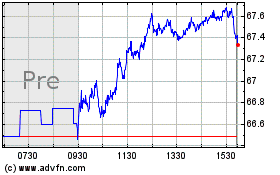