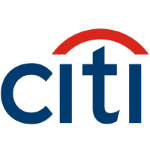 On the first Friday night in November, bank investor Ben Mackovak sat outside his Cleveland home smoking a cigar, contemplating the ruin in his portfolio.

It had been a brutal year and he'd just taken another beating. The day after the U.S. election, the Nasdaq Bank Index he uses as a benchmark suffered its worst underperformance against the S&P 500 since 1987. Mr. Mackovak no longer saw a path to the higher interest rates that banks need to make more money in the coming years.

Come Monday night, Mr. Mackovak, co-founder of the $270 million fund Strategic Value Bank Partners, believed the industry was saved. Pfizer Inc. was making progress on a Covid-19 vaccine. The Nasdaq Bank Index had its best day since 1984. Mr. Mackovak, not a regular smoker, took out another cigar -- this time a Cuban.

"It's very unusual to have two paradigm shifts in six days," he said.

The year 2020 will go down as one of the most volatile -- and likely one of the worst -- for bank stocks on record.

More broadly, the stock market is soaring even as the economy continues to stumble amid the pandemic. The Dow Jones Industrial Average is nearing the symbolic 30000 threshold, and the S&P 500 hit new records this month. Giant technology companies like Facebook Inc. and Amazon.com Inc., which have benefited from stay-at-home directives, have fueled the market's rise. The lesser performance by banks, viewed as closely tied to the fortunes of consumers and businesses, highlights the disparity between a rallying market and a troubled economy.

The past few weeks in particular sent bank investors whipsawing. The day after the election was among the worst days ever for bank stocks when compared with the S&P 500. Three sessions later, news broke that a vaccine developed by Pfizer and BioNTech SE proved better than expected at protecting people from Covid-19, and banks had one of their best days.

Investors, for their part, can't quite decide what to think. They increased their allocation to banks by more than for any other sector this month, according to a Bank of America Corp. survey. At the same time, betting against banks remained the second-most popular trade in the survey.

Bank investors admit it has been a bad year, with clients pulling money and some funds closing. Even Warren Buffett's Berkshire Hathaway Inc. has sold down its holdings of JPMorgan Chase & Co. and Wells Fargo & Co.

The index for the biggest banks, the KBW Nasdaq Bank Index, is down 22% for the year. It remains on pace to underperform the S&P 500 by more than any year on records going back to 1993.

When the economy started recovering this summer and other industries rallied, banks stayed beaten down. There are concerns that people will stop paying loans en masse as the pandemic stretches on. The Federal Reserve plans to keep interest rates low, which hurts margins. Loan growth is expected to be anemic.

There were a few bright spots in October. Trading revenue powered profits at Wall Street heavy hitters Goldman Sachs Group Inc. and Morgan Stanley. JPMorgan, Citigroup Inc. and others slowed their stockpiling for bad loans. Smaller banks started buying back stock again. There were even some deals announced. Many investors bet that Democrats would sweep the results on Election Day and pass a big stimulus package, providing another reason to bet on banks.

After polls closed, it was apparent a Blue Wave wouldn't materialize to easily push through new stimulus. Wall Street quickly unwound those trades.

On Wednesday, Nov. 4, the big bank index fell 5% while the S&P 500 rose 2.2%, the banks' worst comparative performance in more than a decade. The KBW Nasdaq Regional Banking Index slumped 7.4%, its worst day ever compared with the broader benchmark.

The mood shifted dramatically the morning of Monday, Nov. 9, on the Pfizer news. The market jumped. Banks soared. The KBW big bank index rose 13.5%. The regional bank index jumped 16%, marking its best-ever performance against the S&P 500.

Now the prevailing hope wasn't that a stimulus would prop up the economy temporarily, but that the pandemic would end.

For Anton Schutz, portfolio manager of the RMB Mendon Financial Services Fund, the year has been a struggle to keep clients and get new ones.

But like many bank investors, he is feeling some measure of relief thanks to the vaccine news and is betting his portfolio will recover next year. He doesn't believe credit losses will be as bad as first feared, which could turn the billions of dollars the banks have put aside for potentially bad loans into 2021 profits.

He had been telling potential investors that a vaccine would send the industry soaring, but some were reticent until after the recent rally.

Write to David Benoit at david.benoit@wsj.com 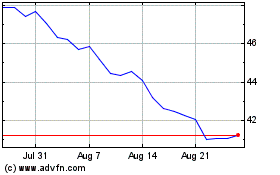 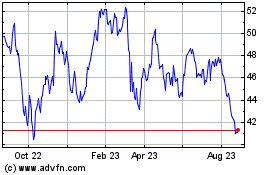 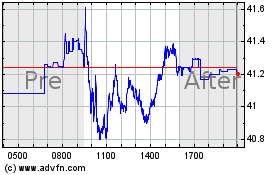