Budweiser brewer Anheuser-Busch InBev SA appointed the head of its North American business as its new chief executive, tapping a company veteran to reinvigorate sales growth and lead it out of the pandemic.

The beer giant said Thursday that Michel Doukeris would take the helm on July 1, replacing longtime CEO Carlos Brito, who has built the company into the world's largest brewer during his more than 15 years in the job.

Mr. Brito's departure signals the end of an era for the beer industry in which the world's largest brewers embarked on buying sprees that spanned the globe, squeezing more profit out of sluggish developed markets and pushing deeper into faster-growing emerging economies. AB InBev now sells more than a quarter of the world's beer.

However, that business model is now being challenged as consumers in the U.S. and elsewhere switch from mainstream lagers to craft beers, wine and spirits. AB InBev is also contending with uncertainty from the pandemic and a huge debt pile from its $100 billion-plus acquisition of rival SABMiller in 2016.

Mr. Doukeris joined the company in 1996 and ran the company's soft-drinks business in Latin America before heading up its Asia-Pacific operations. The 48-year-old Brazilian was AB InBev's chief sales officer before taking over in 2018 as the CEO of its U.S. subsidiary, Anheuser-Busch.

In the U.S., Mr. Doukeris has shifted the brewer's drinks portfolio toward premium offerings and expanded into hard seltzers, essentially flavored alcoholic sparkling water. Sales growth in seltzers and in Michelob Ultra, a higher-priced, low-calorie beer, have partly offset a yearslong slump in sales of Budweiser and Bud Light and contributed to the company's global profits. He also invested in data and analytics for more targeted local and regional marketing.

"He was able to come up with a strategy that was simple, effective, that worked," Mr. Brito said Thursday on a call with analysts. He added that Mr. Doukeris's technological savvy had helped him gain insights on quickly shifting consumer tastes.

Mr. Doukeris now faces the task of reinvigorating a globe-spanning business built by Mr. Brito, who was elevated to the CEO role at then InBev in 2005.

Mr. Brito helped transform what was then a Brazilian beer maker into a giant that swallowed up rivals from Anheuser-Busch to Corona Extra brewer Grupo Modelo. For more than a decade, shares and profit margins soared as Mr. Brito focused on cost cutting in a sector where sales growth was difficult to come by.

However, recent years have proved tougher going. Shares are now trading at about half of the highs they reached in 2015, months before the megamerger with SABMiller was completed. That purchase allowed the company to expand into Africa but saddled the business with a huge debt load that it has struggled to pay down. The brewer has since retrenched, selling its Australian unit for $11.3 billion in 2019 and spinning off its Asian business as a stand-alone company shortly thereafter.

James Edwardes Jones, an analyst at RBC, said Mr. Brito had been "amongst the best CEOs we have encountered in 30 years" but that the company now needed a different set of leadership skills given few opportunities for deal making and an urgent need to deleverage.

"Time will tell if Michel is the person to provide them," he said.

On Thursday, AB InBev reported first-quarter profit and sales that beat market expectations, sending its shares up more than 4%. First-quarter revenue rose 17% to $12.29 billion, while net profit was $595 million, up from a loss of $2.25 billion in the same period last year. A year on from the first Covid-19-related lockdowns, revenue rose 5% in North America, almost 62% in Asia-Pacific and 29% in South America.

U.S. sales to bars and restaurants have already recovered to around 80% of pre-pandemic levels despite some restrictions still being in place, Mr. Brito said in an interview. Sales have also picked up in countries that have made good progress on vaccinations, like Israel and the U.K., Mr. Brito said, adding that he expected other countries to follow a similar trajectory.

Mr. Doukeris said in an interview last month that he expects beer sales to benefit from a post-pandemic celebration akin to the one in Europe after World War II.

"During the war, you were hiding in your house, afraid of dying," he said, citing stories from his father, who lived in postwar Greece. After the war, Mr. Doukeris said, everyone wanted to travel, to meet friends "and celebrate small moments."

"I think we're going to live some post-Covid euphoria," he said.

Write to Nick Kostov at Nick.Kostov@wsj.com and Jennifer Maloney at jennifer.maloney@wsj.com 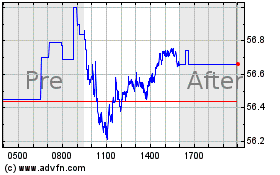