Anheuser-Busch InBev SA's Asian unit has guided investors to expect its US$8.3 billion-plus initial public offering would price in the lower half of a previously indicated range, people familiar with the matter said.

The listing could help the unit pursue regional deals, and will help parent AB InBev, the world's biggest brewer, to cut its huge debt pile, which stood at more than US$100 billion at the end of last year after a string of acquisitions.

Some investors and analysts said the demand for the share sale, which comes amid broader concerns about global growth and trade tensions, had been capped by the relatively high valuations that AB InBev was seeking.

Budweiser Brewing Co. APAC Ltd. had earlier set an indicative range of 40 to 47 Hong Kong dollars a share (US$5.12 to US$6.01), implying a total deal size of US$8.3 billion to US$9.8 billion. Even at or near the bottom of the range, this would still be the world's largest stock market debut this year, eclipsing Uber Technologies Inc.'s US$8.1 billion share sale.

The IPO is set to price later in U.S. hours on Thursday, and the exact terms have yet to be decided, the people said. Trading will begin July 19.

Euan McLeish, senior analyst for Asia-Pacific beverages at Sanford C. Bernstein, said fair value for the stock would be HK$42.50 a share. That represents an enterprise value of 19.3 times earnings before interest, tax, depreciation and amortization in the next 12 months, a 65% premium to the average for global brewers, which Mr. McLeish said was justified because of the business's quality assets and diversified regional footprint.

The deal offers a boost to the Hong Kong IPO market, which in the first half of this year ranked third in the world by total proceeds raised. The city could soon host a listing by Chinese e-commerce titan Alibaba Group Holding Ltd.

Unusually for a major stock offering in Hong Kong, the deal didn't have cornerstone investors buying a large chunk of the shares offered. In this system, big names such as sovereign-wealth funds, large institutional investors, tycoons, or state-owned enterprises endorse a deal by committing to buy a fixed dollar amount of stock in an IPO, no matter where in the range it prices, and agreeing to hold on to the shares.

Dispensing with cornerstones, whose shares are typically locked up for six months, means the stock's free float will be big enough for it to be quickly included into major indexes, said Mr. McLeish of Bernstein.

Write to Joanne Chiu at joanne.chiu@wsj.com 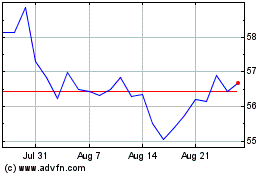 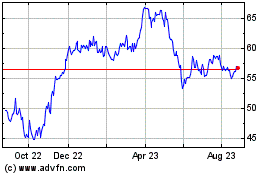 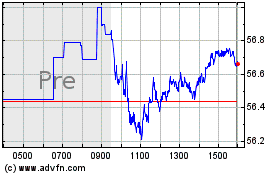