"During this time of great global concern and economic uncertainty, we are continually working to safeguard our people, communities and business as we pursue actions to confront near-term headwinds and best position our company for the future," said President and Chief Executive Officer Glenn Kellow. "In recent months, we have taken aggressive actions to improve our cost structure, and are now expediting a detailed mine-by-mine analysis to structurally improve our operating portfolio with accountability for performance targets extending from individual sites to the board level.  Our Peabody people will drive our success, and I continue to be impressed and grateful for their ability to quickly adapt to change and confront challenges head on."

First quarter 2020 revenues totaled $846.2 million compared to $1.25 billion in the prior year, reflecting the impact of lower volumes, largely due to the closure of the Kayenta Mine and challenged U.S. industry conditions, as well as lower pricing.

Depreciation, depletion, and amortization (DD&A) declined 39 percent from the prior year to $106.0 million, primarily due to the Kayenta Mine closure, roll-off of contract amortization expense and lower volumes.

Selling and administrative expenses improved 32 percent from the prior year to $24.9 million, reflecting the benefits of actions taken to date as well as reduced share-based incentive compensation expense.

In line with Peabody's continual evaluation of its portfolio for value-creation opportunities, the company sold minor surplus undeveloped Australian land tenements, contributing to an $8.1 million gain on disposals in the quarter.

In the first quarter, the seaborne thermal segment exported 2.6 million tons at an average realized price of $61.84 per short ton, with the remaining 2.0 million tons delivered under a long-term domestic contract.  First quarter shipments were in line with the prior year.

The seaborne metallurgical segment sold 2.0 million tons at an average realized price of $95.65 per short ton, drawing down inventory by approximately 800,000 tons.  As expected, elevated costs per ton of $111.82 reflect the impacts of an extended longwall move at Metropolitan, mine sequencing at Moorvale and the beginning of the upgrade project for the main line conveyor system at Shoal Creek.  Beginning Jan. 1, 2020, North Goonyella holding costs have been excluded from the seaborne metallurgical segment and are now included within 'Other Operating Costs, Net.'

In the first quarter, Peabody used $4.7 million of cash for operating activities and $31.3 million for capital expenditures.  Cash and cash equivalents at quarter end totaled $682.5 million with total liquidity of $1.19 billion.  Peabody had Net Debt of $624.4 million as of March 31, 2020.

Within the global coal industry, supply and demand disruptions have been widespread as the COVID-19 pandemic continues to force country-wide shutdowns and regional restrictions. While recovery in China is occurring as major manufacturing recommences and stimulus programs are supporting the resumption of major infrastructure projects, thermal demand from non-power sectors remains weak.  At the same time, Japan and India – hubs for seaborne coal demand – have shut down non-essential services and reduced steel production and electricity generation.  Coal demand in the U.S., which has already been challenged by historically low natural gas prices and high inventory levels, has been further pressured by the effects of the pandemic, including weak total electric power sector consumption, depressed power prices, and reduced industrial activity.  Average first quarter 2020 Henry Hub natural gas prices marked their lowest level in 21 years.

In addition to demand impacts, supply risks continue to emerge. A number of global and domestic producers have curtailed or suspended production due to precautionary measures, elevated coal stocks and high levels of workforce absenteeism.

Coal mining in the U.S. and Australia has been designated as an essential business to support coal-fueled electric power generation and critical steelmaking needs.  As part of Peabody's commitment to the ongoing health and safety of our employees, vendors, and communities, the company is following advice from government authorities and taking precautions to manage the spread of COVID-19. Peabody operations have implemented rigorous protocols, controls, and prevention measures, including mandatory temperature and health screenings; paid COVID-19 leave based on established guidance; enhanced cleaning and sterilization practices; expanded use of personal protective equipment; remote work where possible; and social distancing.  While the company's operations have been designated as essential, each operation will only continue to operate when it safe and economic to do so.

Peabody has also taken actions to mitigate its financial risk given the uncertainty in global markets caused by the COVID-19 pandemic.  The company previously suspended payment of dividends and share repurchase activities, and during the first quarter, made the decision to pause debt reduction activities in light of evolving industry conditions.  In April, the company borrowed $300 million under its $565 million revolving credit facility to enhance the company's financial flexibility.

North Goonyella – Peabody has commenced the previously announced commercial process to maximize value and accelerate cash flows at North Goonyella, which offers 82 million tons of proven and probable hard coking coal reserves and a fully operational preparation plant.  In April, Peabody successfully entered into commercial agreements to reduce rail and port commitments for the asset beginning mid-year 2020, while maintaining sufficient rail and port capacity for when the mine resumes operation.  As a result, holding costs have been reduced by approximately 85 percent to $5 million per quarter, beginning in the third quarter of 2020.  The company continues to closely monitor market conditions and the status of the commercial process to determine any incremental spending related to ventilation and re-entry of Zone B.

PRB/Colorado Joint Venture – In February, the U.S. Federal Trade Commission (FTC), in a split decision, challenged the company's proposed joint venture with Arch.  Peabody and Arch intend to continue to pursue creation of the accretive joint venture and will contest the FTC's decision within the U.S. federal court system.  Peabody believes the FTC has incorrectly defined the market and failed to reflect the true competitive nature of the current U.S. energy landscape.  Court proceedings are currently scheduled to begin in late June with a ruling expected shortly after the hearing concludes, subject to any additional changes to the court's schedule.

SG&A Savings – In the second half of 2019, the company identified $50 million of cost savings, including lower SG&A as well as procurement savings that benefit operating costs, which are being implemented throughout the year.

During the first quarter, Peabody took additional actions, eliminating approximately 105 global corporate and support positions.  These actions are anticipated to result in a further $20 million in annualized cost savings, with about $15 million of savings to be realized this year.  Approximately half of the savings will benefit SG&A.  Over the past two quarters, Peabody has improved efficiencies and lowered costs by reducing its global corporate and support functional headcount by one-third.

Amplified Improvement Activities – Peabody is also taking structural, aggressive actions, beyond SG&A savings, to protect and improve the business.  With oversight by the company's board of directors, the company has advanced a program to supercharge multiple initiatives underway, including a detailed mine-by-mine analysis to improve operating capabilities.  The company's initial focus will be on the highest-value opportunities, and mines that cannot demonstrate a path to cash generation at lower pricing levels will be suspended.

Early actions stemming from this comprehensive program include the elimination of approximately 250 positions in April in the PRB, Indiana and Illinois to better scale staffing requirements to meet customer demand.  This follows the reduction of approximately 215 operational positions, including contractors, in the first quarter across eight mines in the U.S. and Australia to align with industry conditions.

Given uncertainties with respect to COVID-19, including the duration, severity, scope, and necessary government actions to limit the spread, Peabody has decided to suspend full-year 2020 guidance.

Within its seaborne metallurgical segment, the Company is proceeding with the main line conveyor system upgrade at Shoal Creek and has recently resumed mining at Metropolitan following a longwall move in the first quarter.  Coppabella is currently mining through a lower-ratio pit, which is anticipated to mitigate increased costs associated with a major dragline repair slated for the second quarter.

Within its seaborne thermal segment, Peabody currently has 3.2 million short tons of export thermal coal priced for the remainder of the year.

In the U.S., Peabody's contractual sales agreements include a blend of fixed volume commitments, as well as requirements and options contracts that allow customers to have some volume flexibility.  Based on current customer nominations, Peabody now has 88 million tons of PRB coal priced and 19 million tons of other U.S. thermal coal priced for delivery in 2020.  Ultimately, deliveries will be dependent on general economic conditions, weather, natural gas prices and other factors.  Peabody continues to closely monitor volumes and is aggressively protecting its contractual rights.

Peabody expects to realize lower fuel prices and Australian dollar exchange rates. Peabody also plans to accelerate the collection of its remaining alternative minimum tax refund of approximately $24 million to 2020 and to defer approximately $18 million of 2020 employer FICA tax payments to 2020 and 2021 under the CARES Act.

Today's earnings call is scheduled for 10 a.m. CDT and will be accompanied by a presentation available at PeabodyEnergy.com.

Peabody (NYSE: BTU) is a leading coal producer, serving customers in more than 25 countries on six continents.  We provide essential products to fuel baseload electricity for emerging and developed countries and create the steel needed to build foundational infrastructure. Our commitment to sustainability underpins our activities today and helps to shape our strategy for the future.  For further information, visit PeabodyEnergy.com.

This press release contains forward-looking statements within the meaning of the securities laws. Forward-looking statements can be identified by the fact that they do not relate strictly to historical or current facts. They often include words or variation of words such as "expects," "anticipates," "intends," "plans," "believes," "seeks," "estimates," "projects," "forecasts," "targets," "would," "will," "should," "goal," "could" or "may" or other similar expressions. Forward-looking statements provide management's current expectations or predictions of future conditions, events or results. All statements that address operating performance, events or developments that Peabody expects will occur in the future are forward-looking statements. They may include estimates of revenues, income, earnings per share, cost savings, capital expenditures, dividends, share repurchases, liquidity, capital structure, market share, industry volume, or other financial items, descriptions of management's plans or objectives for future operations, or descriptions of assumptions underlying any of the above. All forward-looking statements speak only as of the date they are made and reflect Peabody's good faith beliefs, assumptions and expectations, but they are not guarantees of future performance or events. Furthermore, Peabody disclaims any obligation to publicly update or revise any forward-looking statement, except as required by law. By their nature, forward-looking statements are subject to risks and uncertainties that could cause actual results to differ materially from those suggested by the forward-looking statements. Factors that might cause such differences include, but are not limited to, a variety of economic, competitive and regulatory factors, many of which are beyond Peabody's control, including the impact of the COVID-19 pandemic and factors that are described in Peabody's Annual Report on Form 10-K for the fiscal year ended Dec. 31, 2019, and other factors that Peabody may describe from time to time in other filings with the SEC. You may get such filings for free at Peabody's website at www.peabodyenergy.com. You should understand that it is not possible to predict or identify all such factors and, consequently, you should not consider any such list to be a complete set of all potential risks or uncertainties. 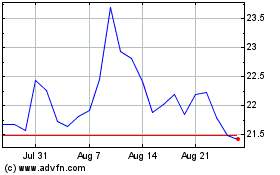 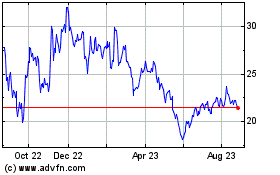 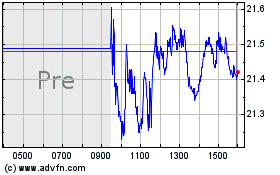