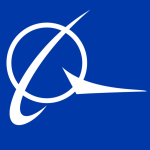 Boeing Co. is offering buyout packages to its workforce, the plane maker's first major step to reduce labor costs as it grapples with the coronavirus pandemic's deepening toll on global aviation.

A Boeing spokesman said the company expected several thousand employees to accept voluntary layoffs or retire. However, Boeing executives increasingly believe potential involuntary layoffs and production cuts may be unavoidable, depending on how the crisis unfolds, people familiar with the matter said.

Later in the day Boeing Co. said it would temporarily suspend production at its military-aircraft facilities near Philadelphia to curb the virus's spread.

The Chicago-based aerospace giant is the largest U.S. exporter and, with its workforce of about 160,000, one of the nation's largest manufacturing employers. It has previously announced steps including a freeze on most hiring and overtime as it seeks to preserve cash amid turmoil in the credit markets and a broader economic downturn.

While airlines around the globe have parked much of their fleets as governments close borders and order would-be passengers to stay home, the plane maker hasn't detailed how it plans to adjust its production of passenger jets -- or the size of its workforce -- to meet an increasingly bleak outlook for aviation.

Mr. Calhoun, in his letter Thursday, said the voluntary layoff offer "aims to reduce the need for other workforce actions."

Boeing's commercial unit chief Stan Deal, in his own note to Boeing employees, described the state of the industry in stark terms, noting multiple airlines have suspended operations amid a collapse in passenger demand.

Buyouts, he said, will help Boeing prepare for a "different-sized commercial market once the recovery starts." Some analysts forecast Boeing will cut production of wide-body aircraft, typically used in international travel, by half or more.

The plane maker employs almost 65,000 people who build commercial aircraft, with an additional 25,000 working in the unit that provides services to airlines. Boeing didn't pursue layoffs earlier this year after suspending production of its 737 MAX jet in January.

Aviation industry officials say the new coronavirus pandemic is shaping up to be a bigger threat to aviation than the Sept. 11, 2001 terrorist attacks. "This is more horrific because it's global," one former Boeing executive said.

After the attacks two decades ago, Americans grew skittish about flying and demand for air travel in the U.S. dropped sharply. Soon after the attacks, Boeing moved to lay off as many as 30,000 workers and made deep cuts in production. It delivered nearly 30% fewer passenger jets the following year. General Electric Co.'s jet-engine unit, which Mr. Calhoun led at the time, cut 4,000 jobs, or 13% of its workforce.

Now, airlines are considering whether to defer deliveries of new jets, industry officials said, potentially choking off a source of cash as Boeing scrambles to raise liquidity from financial markets or U.S. government stimulus.

Mr. Deal, in his message to Boeing employees, said the plane maker may wind up deferring airplane deliveries or offering other forms of assistance to help airlines navigate the crisis.

Boeing's airline customers and some of its suppliers have already moved to reduce their labor costs, announcing everything from layoffs to voluntary leave without pay.

The plane maker earlier sought at least $60 billion in government aid for itself, its suppliers and the broader aerospace sector.

The company hasn't said whether it will seek loans under a $2 trillion stimulus package approved in Washington, D.C., last week. Some of the aid would come with restrictions on layoffs.

Mr. Calhoun reiterated he wanted to maintain an employee base for when the crisis abates. "We can't get back to regular operations again after the crisis if we don't have the people and skills to make that happen," he wrote.

Write to Andrew Tangel at Andrew.Tangel@wsj.com 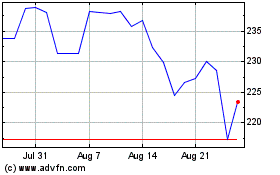 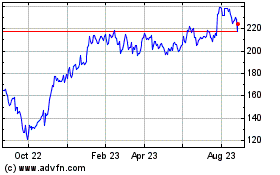 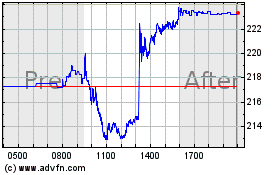