Indicate by check mark if the registrant is submitting the Form 6-K in paper as permitted by Regulation S-T Rule 101(b)(1): ☐

Indicate by check mark if the registrant is submitting the Form 6-K in paper as permitted by Regulation S-T Rule 101(b)(7): ☐

Bogotá D.C., September 30, 2020.—Avianca Holdings S.A. (OTCUS: AVHOQ, BVC: PFAVH) (“Avianca” or the “Company”) informs that, as previously disclosed, Avianca’s Debtor-in-Possession (“DIP”) financing provides for the possible participation by one or more governments in a principal amount of up to US$240 million. As also previously disclosed, on September 15, 2020, the Administrative Court of Cundinamarca (the “Administrative Court”) issued an injunction barring the Colombian government from participating in Avianca’s DIP financing.

After its review of Avianca’s and the Colombian government’s motions in support of such financing, the Administrative Court decided, on September 30, 2020, not to lift its injunction. Avianca has already filed an appeal in respect of this ruling.

As previously disclosed, Avianca’s DIP structure contemplates a backstop financing for the $240mm portion reserved for the eventual participation by governments, and is not contingent on the injunction being lifted before DIP financing approval.

At the next hearing before the U.S. Bankruptcy Court, which is scheduled for October 5, 2020, the Company will seek court approval of its proposed DIP financing. The Company expects a favorable outcome from that hearing. 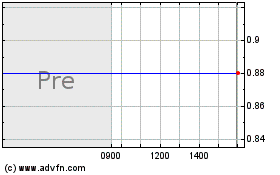