The Company has revised total gold, silver and gold equivalent ounce (“GEO”) production expectations for 2020 as a result of the impact of COVID-19. Gold has had an exceptionally strong performance as a hedge against risk and the current negative interest rate yield environment, in relation to silver price, which has significantly increased the GEO ratios observed in the market, vis-à-vis initial guidance. Consequently, this increase in GEO ratio, which results in silver production being accounted for as less ounces in gold equivalent terms, has an impact to GEO guidance that is disproportionate to the impact experienced in gold and silver production because of COVID-19. The remainder of the change is attributable to the impact of COVID-19, in relation to the temporary suspension of operations, ramp up and resulting changes to the mine plans for the remainder of the year.

For 2020, revised production guidance is as follows:

The Company does not currently anticipate any changes to guidance for 2021 or 2022.

The Company notes that despite the revised production expectations for 2020, gross margins are expected to benefit from the stronger than budgeted gold prices and the positive impact of foreign exchange on the cost structure of the Company, partly offset by lower silver prices.

Actual production for the year ended December 31, 2019 includes comparative operations, which comprise those mines in the Company's portfolio as of December 31, 2019. The Company notes that it guides on GEO production and costs based on a particular assumption of gold and silver prices.

The Company looks at production within a range of +/- 3%, and the guidance values noted below reflect the mid-point of this production range for the 2020 period. While the Company normally provides a smaller guidance range, the Company has increased the range this year given the uncertainties presented by COVID-19.

The Company previously guided that 46% of production would occur in the first half of the year, which it expected to be approximately evenly split between the first and second quarters based on the GEO ratio forecast in its original production guidance. Production in the first quarter achieved this target. Due to the impact of COVID-19, the Company now expects the resumption of normal operations in the second half of the year, with the new production percentage in the second half to be 55% of total annual production.

At Jacobina, guidance is being increased to 168,000 ounces of gold from 162,000 ounces due to strong operational results. The operation met the Phase 1 optimization objective of stabilizing plant throughput at 6,500 tonnes per day ("tpd") in the first quarter, which is a full quarter ahead of schedule. For more information, please see the Company’s first quarter financial and operational results press release issued earlier today and available on the Company’s website at www.yamana.com.

The Company has completed the Phase 2 pre-feasibility study ("PFS"), which would increase throughput to between 7,500 and 8,500 tpd. Preliminary results point to a total capital cost of $57.0 million, of which $35.0 million is related to the processing plant, $14.0 million for underground mining and $8.0 million for infrastructure. If implemented, it is expected that the Phase 2 expansion would ramp up annual gold production to 230,000 ounces and reduce operating costs with a positive impact on cash flow at Jacobina.

The additional production from Phase 2 is not included in guidance. A more complete disclosure on the project and PFS will follow in May, along with the publishing of a 43 - 101 report.

Four factors impact production and guidance for the mines that were put into temporary suspension of operations. The following graphs depict a reconciliation of the change in guided production at Cerro Moro and Canadian Malartic, the two operations so impacted, which have since begun the gradual resumption towards full mining activities. These factors are as follows:

A chart accompanying this announcement is available at: http://ml.globenewswire.com/Resource/Download/35b6e3dc-50fa-49c2-aa74-fbcaff6d0f5c

The Company continues to assess the impact of COVID-19 on costs in relation to guidance assumptions previously provided in February, and expects to provide revised cost guidance at a later date. The Company expects there to be an impact as it develops ways to manage efforts with communities and mine sites, particularly in the second quarter. As aforementioned however, cash flows are expected to benefit from the stronger than anticipated gold prices and the positive impact of foreign exchange on the cost structure of the Company, partly offset by lower silver prices.

During the current year, costs have been impacted as follows:

The Company notes that the above cost assumptions are based on a preliminary estimate and on conservative input assumptions. The Company will continue to monitor costs and believes the cost profile may be improved as the year progresses.

The Company also expects capital to be scaled to the new guidance platform, and benefit from natural deferrals in capital spend in association with delays related to COVID-19 both from a sustaining and expansionary capital expenditure perspective. The expected reduction in capital spend for the year is between $15 million and $20 million.

Total depletion, depreciation, and amortization (“DDA”) is re-guided at $470 million for 2020, in association with the reduction in quantities sold. The revised guidance compares to initial guidance of $500 million, and prior year DDA of $471.7 million.

While the Company continues to assess and review whether overhead expenses can be reduced, it continues to pay all salaries and to incur all overhead expenses during the temporary suspension of certain operations, and during the period of resumption of such operations. Further, adherence to health and safety protocols and engagement with local communities, government and other stakeholders is expected to require more corporate time and effort. However, the Company does not expect that G&A will exceed previous guidance, as some cost savings will be realized due to significant travel expense reductions and certain other overhead costs being minimized where possible.

Despite the impact to production and costs from COVID-19, the Company’s cash flow generation will benefit from the response of gold prices to the unprecedented uncertainty.

Key assumptions, in relation to the above revised guidance, are presented in the table below.

Guidance is being provided based on what is known at the present time. There continue to be uncertainties that may have an impact on operations, thereby affecting production and costs guidance.

Yamana is a Canadian-based precious metals producer with significant gold and silver production, development stage properties, exploration properties, and land positions throughout the Americas, including Canada, Brazil, Chile and Argentina. Yamana plans to continue to build on this base through expansion and optimization initiatives at existing operating mines, development of new mines, the advancement of its exploration properties and, at times, by targeting other consolidation opportunities with a primary focus in the Americas.

CAUTIONARY NOTE REGARDING FORWARD-LOOKING STATEMENTS: This news release contains or incorporates by reference “forward-looking statements” and “forward-looking information” under applicable Canadian securities legislation within the meaning of the United States Private Securities Litigation Reform Act of 1995. Forward-looking information includes, but is not limited to information with respect to the Company’s strategy, plans or guidance with respect to future financial or operating performance continued advancements at Chapada, Jacobina, Canadian Malartic, Cerro Moro, El Peñón and Minera Florida, expected production and costs, future work and exploration programs, and the potential for future expansions and additions to mineral resources and mineral reserves. Forward-looking statements are characterized by words such as “plan,” “expect”, “budget”, “target”, “project”, “intend”, “believe”, “anticipate”, “estimate” and other similar words, or statements that certain events or conditions “may” or “will” occur. Forward-looking statements are based on the opinions, assumptions and estimates of management considered reasonable at the date the statements are made, and are inherently subject to a variety of risks and uncertainties and other known and unknown factors that could cause actual events or results to differ materially from those projected in the forward-looking statements. These factors include the Company’s expectations in connection with the production and exploration, development and expansion plans at the Company's projects discussed herein being met, the impact of proposed optimizations at the Company's projects, changes in national and local government legislation, taxation, controls or regulations and/or changes in the administration or laws, policies and practices, and the impact of general business and economic conditions, global liquidity and credit availability on the timing of cash flows and the values of assets and liabilities based on projected future conditions, fluctuating metal prices (such as gold, copper, silver and zinc), currency exchange rates (such as the Brazilian real, the Chilean peso, and the Argentine peso versus the United States dollar), the impact of inflation, possible variations in ore grade or recovery rates, changes in the Company’s hedging program, changes in accounting policies, changes in mineral resources and mineral reserves, risks related to asset disposition, risks related to metal purchase agreements, risks related to acquisitions, changes in project parameters as plans continue to be refined, changes in project development, construction, production and commissioning time frames, unanticipated costs and expenses, higher prices for fuel, steel, power, labour and other consumables contributing to higher costs and general risks of the mining industry, failure of plant, equipment or processes to operate as anticipated, unexpected changes in mine life, final pricing for concentrate sales, unanticipated results of future studies, seasonality and unanticipated weather changes, costs and timing of the development of new deposits, success of exploration activities, permitting timelines, government regulation and the risk of government expropriation or nationalization of mining operations, risks related to relying on local advisors and consultants in foreign jurisdictions, environmental risks, unanticipated reclamation expenses, risks relating to joint venture operations, title disputes or claims, limitations on insurance coverage and timing and possible outcome of pending and outstanding litigation and labour disputes, risks related to enforcing legal rights in foreign jurisdictions, as well as those risk factors discussed or referred to herein and in the Company's Annual Information Form filed with the securities regulatory authorities in all provinces of Canada and available at www.sedar.com, and the Company’s Annual Report on Form 40-F filed with the United States Securities and Exchange Commission. Although the Company has attempted to identify important factors that could cause actual actions, events or results to differ materially from those described in forward-looking statements, there may be other factors that cause actions, events or results not to be anticipated, estimated or intended. There can be no assurance that forward-looking statements will prove to be accurate, as actual results and future events could differ materially from those anticipated in such statements. The Company undertakes no obligation to update forward-looking statements if circumstances or management’s estimates, assumptions or opinions should change, except as required by applicable law. The reader is cautioned not to place undue reliance on forward-looking statements. The forward-looking information contained herein is presented for the purpose of assisting investors in understanding the Company’s expected financial and operational performance and results as at and for the periods ended on the dates presented in the Company’s plans and objectives and guidance may not be appropriate for other purposes. 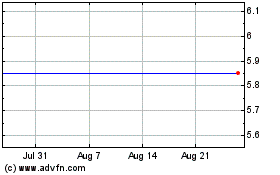 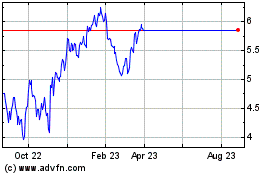 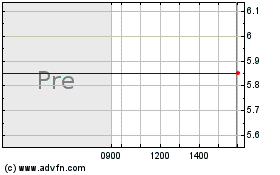