This article is being republished as part of our daily reproduction of WSJ.com articles that also appeared in the U.S. print edition of The Wall Street Journal (May 6, 2020).

The FTC voted 3-2 along party lines Tuesday to approve the proposed settlement.

The companies said in a statement that the settlement with the FTC "satisfies all required antitrust clearances needed to be obtained" for the acquisition.

The AbbVie-Allergan deal was announced in mid-2019. It was viewed as giving AbbVie a dominant position in the lucrative market for Botox and other beauty drugs as it prepared for the end of patent protection for its blockbuster Humira immunosuppressive drug.

The two companies' portfolios were thought to have some potential for overlap in treatments for the brain, women's health and other areas. In the end, the FTC focused on a narrower range of concerns over competition.

The drugs that would be sold under the proposed settlement with the FTC include a set of treatments for a pancreatic disorder and a class of drugs used for Crohn's disease and ulcerative colitis.

The two companies said in a statement that they have amended their agreement to provide that only one Allergan director will join AbbVie's board following the closing of the deal.

Allergan Chairman and Chief Executive Brent Saunders has elected not to join AbbVie's board "to provide more flexibility to pursue other opportunities in the sector," the companies said.

Democratic members of the FTC said the antitrust agency's remedy was insufficient and raised concerns about the takeover's potential impact on innovation.

Republicans said the FTC must have proof that a merger is likely to lessen competition substantially before the agency can challenge it. "We cannot meet this burden of proof just by surmising there might be harm," they wrote. 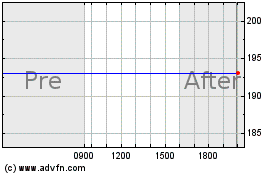