The Trump administration's decision to reinstate tariffs on Canadian aluminum is a victory for one small U.S. company that out-lobbied competitors wary of imposing new barriers on a key trading partner.

Canada was included in the 10% tariff when it was imposed on foreign-made aluminum in March 2018. The Trump administration exempted the country about 14 months ago, as it sought to advance negotiations on a new trade agreement with Canada and Mexico. The administration reimposed the duty on Canadian aluminum starting Aug. 16.

Chicago-based Century Aluminum Co., which had pushed hard for the original 10% tariff, lobbied for the restart of duties on Canada as a way to boost slumping U.S. aluminum prices.

Reinstating the tariff on Canada attracted opposition from more than a dozen other aluminum companies including Alcoa Corp., Novelis Inc. and Arconic Corp. They urged the Trump administration to instead pressure China to stop what they say are unfair government subsidies that encourage excess aluminum production and drag down prices.

The tariff on Canada, those companies say, also won't address higher electricity costs that put the U.S. at a disadvantage against other aluminum-producing countries.

The administration said the tariff was reinstated because Canada's exports of raw aluminum had climbed above the volumes permitted as a condition for the exemption.

"The surge has intensified in recent months, despite a contraction in U.S. demand," said a spokesman for the U.S. Trade Representative.

The U.S. aluminum industry has been divided over the tariff's effectiveness at reviving domestic production since the start in 2018. While some idle production capacity at existing smelters reopened in the aftermath as prices rose, the increase in domestic prices was short-lived as global aluminum prices fell.

No new plants have been constructed in the U.S. in the past two years, and another smelter has closed.

"When the tariff is effective again, we're confident the industry will go back to growing," Century Chief Executive Michael Bless said in an interview.

Century was spun out of Switzerland-based mining and commodities conglomerate Glencore PLC in the mid-1990s. Glencore is Century's largest shareholder, holding 42% of the shares with a subsidiary. Century has reported losses for nine straight quarters and hasn't posted an annual profit since 2017, a year before the tariff. The company has been buffeted by a combination of volatile prices for alumina feedstock that squeezed its margins and costs for restarting and expanding lines at its Kentucky smelters.

Century also is engaged in a yearslong standoff with an electricity supplier to its South Carolina smelter. Century says it can't operate the plant at more than half capacity without losing money because of a contract requiring Century to buy expensive power from a state-owned utility company.

Alcoa, the largest U.S.-based aluminum producer, opposed the 10% duty since its inception as well as the resumption of the tariff on Canada, where it operates three smelters. Alcoa is idling its Intalco Works smelter in Ferndale, Wash., this summer, resulting in the loss of 700 jobs. The company cited uncompetitive costs for its decision to cease production.

Alcoa has another Washington smelter where production has been curtailed since 2015. A spokesman for the company said there are no plans to resume production at idle plants because of the tariff on Canadian aluminum.

The tariffs have been unpopular with U.S. manufacturers that consider the duties a windfall for the U.S. aluminum industry. The tariffs drove up costs for beverage cans, car parts, window frames and other products. The effect of the tariff on the cost of aluminum had dissipated in recent months, as more duty-free metal from Canada infiltrated the U.S. aluminum supply, analysts say.

Century has been at odds over the tariff with Alcoa and the Aluminum Association, the aluminum industry's trade group that represents producers and manufacturers that have opposed the 10% tariff, especially for Canada.

"All of our efforts should be geared toward restarting the economy, not erecting new tariffs against a key ally that U.S. manufacturers have traded with successfully for decades," said Tom Dobbins, the association's president.

Century set up its own trade association in 2015 to push for the 10% tariff enacted in 2018. That group evolved into the American Primary Aluminum Association with startup Magnitude 7 Metals as an alternative to the Aluminum Association's positions on tariffs. Mr. Bless has become a key ally in the aluminum industry for the administration's trade policies.

"The U.S. is competitive as long as the playing field is level," Mr. Bless said.

Write to Bob Tita at robert.tita@wsj.com 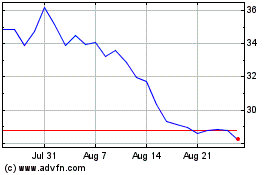 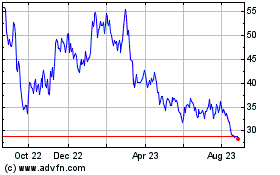 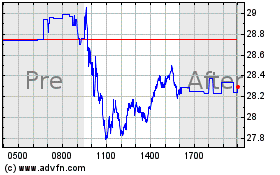