Yield10 Bioscience, Inc. (Nasdaq:YTEN), an agricultural bioscience company, today announced that it has obtained a positive response from USDA-APHIS’s Biotechnology Regulatory Services (BRS) for its CRISPR genome-edited trait C3007 in canola plant lines developed for increased oil content.  Yield10’s submission along with the USDA-APHIS BRS response is posted on the USDA’s website.

In June 2020, Yield10 submitted an “Am I regulated?” letter to the BRS, requesting confirmation of the regulatory status for canola plant lines containing the Company’s novel, CRISPR genome-edited C3007 trait. The positive USDA-APHIS response came in the form of a published letter indicating that the plant lines do not meet the definition of a regulated article under 7 CFR Part 340 regulations. Confirmation of the regulatory status of the plants will enable Yield10 to conduct field tests of CRISPR genome-edited canola plants in the United States in the 2021 growing season.

“Our team successfully engineered CRISPR genome-edited versions of C3007 in canola and now clarified their regulatory status through USDA-APHIS, marking major milestones in our development program to produce new varieties of canola with higher oil content,” said Kristi Snell, Ph.D., Chief Science Officer of Yield10 Bioscience. “With the deployment of the C3007 trait in canola as an oil boosting trait, we have expanded the portfolio of traits we are developing targeted towards increasing the performance of canola. We are also developing and/or testing the novel traits C3003 and C3004 to increase seed yield in canola. Each of these traits represents different strategies to boost yield in this important North American crop.”

“Yield10 is emerging as a technology leader in the development of advanced technology to increase seed yield and oil content in oilseed crops,” said Dr. Oliver Peoples, Chief Executive Officer of Yield10 Bioscience. “We believe there is considerable potential for C3007 and other trait gene technologies we are developing to enhance oil biosynthesis and sustainably increase the production of plant-based nutritional oils.”

In 2018, Yield10 licensed C3007 from the University of Missouri (“MU”). The protein encoded by C3007, also known as BADC, is a novel, negative regulator of the enzyme acetyl-CoA carboxylase (ACCase), the key enzyme for producing fatty acids for oil biosynthesis. In pilot studies conducted by MU researchers, reducing activity of the protein encoded by C3007 resulted in significantly increased oil content in seeds. Yield10 researchers have successfully used CRISPR to inactivate one or more copies of C3007 in Camelina and have seen evidence of increased oil content in some lines evaluated in laboratory studies. Yield10 researchers believe that C3007 also has the potential to boost oil content in canola. The use of CRISPR may enable an expedited timeline for development and commercialization within the U.S. market based on obtaining confirmation that USDA-APHIS does not consider the lines to be regulated pursuant to 7 CFR part 340. The lines may still be subject to regulation by EPA or FDA.

The CRISPR edited C3007 trait designed to increase oil content could deliver significant economic value for the commercialization of identity preserved, specialty oilseed crops. This is particularly true where the key economic drivers are altered oil compositions with improved nutritional profiles or oils which have been modified for aquaculture feed or industrial markets. These traits may also be used to increase production of edible oils in major oilseed crops including soybean and canola.

Yield10 Bioscience, Inc. is an agricultural bioscience company developing crop innovations for sustainable global food security. The Company uses its “Trait Factory” including the “GRAIN” big data mining trait gene discovery tool as well as the Camelina oilseed “Fast Field Testing” system to develop high value seed traits for the agriculture and food industries. As a path toward commercialization of novel traits, Yield10 is pursuing a partnering approach with major agricultural companies to drive new traits into development for canola, soybean, corn, and other commercial crops. The Company is also developing improved Camelina varieties as a platform crop for the production and commercialization of nutritional oils, proteins, and PHA biomaterials. The Company’s expertise in oilseed crops extends into canola, where it is currently field testing novel yield traits to generate trait performance data to drive additional licensing opportunities. Yield10 is headquartered in Woburn, MA and has an Oilseeds Center of Excellence in Saskatoon, Canada. 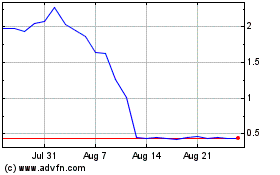 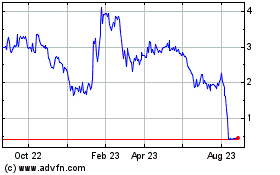 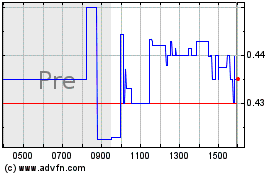