Mr. Berry, 64, has served as the Chief Financial Officer of ClearChoiceMD Urgent Care, an early stage multi-state, multi-site urgent care organization, since 2016. Prior to that, he served as Vice President-Finance and Corporate Treasurer of CareWell Urgent Care, a high-growth developer and operator of urgent care centers, from 2013 to 2016. Mr. Berry previously served in various roles with University Emergency Medical Foundation from 2001 to 2012, including Chief Operating Officer; Director, Business Operations; and Controller; and was a Principal/Consultant with Psymed Resources from 1992-2001. He holds a Bachelor of Science in Biochemistry from the University of Massachusetts, Amherst and a Master of Business Administration from Purdue University.

For his service as Chief Financial Officer, Mr. Berry will receive a base salary of $250,000 annually, subject to review by the Compensation Committee of the Company’s board of directors. He is eligible to receive an annual cash bonus with a target of 50% of his base salary and will be eligible to participate in any annual bonus or other incentive compensation program that the Company may adopt from time to time for its executive officers. In addition, he will receive a sign-on bonus of $25,000 and an equity grant of stock options valued at $250,000, with an exercise price equal to the closing price of the Company’s common stock on December 14, 2020.

Mr. Milford, 56, has served as the Company’s Chief People Officer since July 2019. Before joining the Company, he served as VP, People Operations of SoulCycle from January to July 2019. Prior to that, he served as Chief People Officer for Bayada Home Health during 2018. Previously, he was Senior Vice President – Human Resources for Le Pain Quotidien from 2016 to 2018, and Senior Vice President – Human Resources for Town Sports from 2009 to 2015. His other relevant experience includes senior Human Resources leadership positions at Starbucks Coffee Company (2003-2008), Universal Music Group (1999-2003), and Blockbuster Entertainment and its parent Viacom International (1991-1999).

There will be no changes to Mr. Milford’s compensation as a result of his promotion.

On December 4, 2020, the Company issued a press release announcing Mr. Berry’s appointment and Mr. Milford’s promotion. The press release is attached as Exhibit 99.1 to this Current Report on Form 8-K and the contents of the press release are hereby incorporated herein by reference. 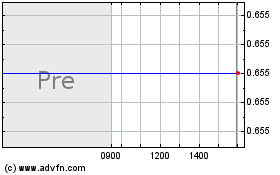