Staffing 360 Solutions, Inc. (NASDAQ: STAF), a staffing company executing an international buy-integrate-build strategy through the acquisition of staffing organizations in the United States and the United Kingdom, today announced that it intends to offer and sell shares of its common stock in an underwritten public offering. Staffing 360 Solutions expects to grant the underwriter a 30-day option to purchase additional shares of common stock offered in the public offering. The offering is subject to market conditions, and there can be no assurance as to whether or when the offering may be completed, or as to the actual size or terms of the offering.

Forward-Looking StatementsThis press release contains forward-looking statements, which may be identified by words such as "expect," "look forward to," "anticipate" "intend," "plan," "believe," "seek," "estimate," "will," "project" or words of similar meaning. Forward-looking statements are not guarantees of future performance, are based on certain assumptions and are subject to various known and unknown risks and uncertainties, many of which are beyond the Company's control, and cannot be predicted or quantified, and include, among others, statements regarding the consummation of the proposed public offering, the satisfaction of customary closing conditions related to the proposed public offering and the intended use of net proceeds from the proposed public offering; consequently, actual results may differ materially from those expressed or implied by such forward-looking statements. Such risks and uncertainties include, without limitation, market and other conditions; the Company’s ability to retain the listing of its common stock on the Nasdaq Capital Market; the geographic, social and economic impact of COVID-19 on the Company’s ability to conduct its business and raise capital in the future when needed; weakness in general economic conditions and levels of capital spending by customers in the industries the Company serves; weakness or volatility in the financial and capital markets, which may result in the postponement or cancellation of customer capital projects or the inability of the Company’s customers to pay the Company’s fees; the termination of a major customer contract or project; delays or reductions in U.S. government spending; credit risks associated with the Company’s customers; competitive market pressures; the availability and cost of qualified labor; the Company’s level of success in attracting, training and retaining qualified management personnel and other staff employees; changes in tax laws and other government regulations, including the impact of health care reform laws and regulations; the possibility of incurring liability for the Company’s business activities, including, but not limited to, the activities of the Company’s temporary employees; the Company’s performance on customer contracts; negative outcome of pending and future claims and litigation; government policies, legislation or judicial decisions adverse to the Company’s businesses; the Company’s ability to access the capital markets by pursuing additional debt and equity financing to fund its business plan and expenses on terms acceptable to the Company or at all; the Company’s ability to achieve loan forgiveness under Paycheck Protection Program; and the Company’s ability to comply with its contractual covenants, including in respect of its debt agreements, as well as various additional risks, many of which are now unknown and generally out of the Company’s control, and which are detailed from time to time in reports filed by the Company with the SEC, including quarterly reports on Form 10-Q, reports on Form 8-K and annual reports on Form 10-K. Staffing 360 Solutions does not undertake any duty to update any statements contained herein (including any forward-looking statements), except as required by law. 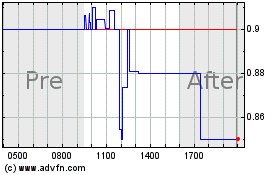