On January 15, 2020, Schmitt Industries, Inc. issued a press release entitled “Schmitt Announces Second Quarter 2020 Operating Results and CFO Appointment.” A copy of the press release is furnished as Exhibit 99.1 to this report.

(c) Schmitt Industries, Inc. (“Registrant” or the “Company”) has appointed Jamie Schmidt as Chief Financial Officer of the Company, effective as of January 14, 2020.

A copy of the press release that includes the announcement of the above is furnished as Exhibit 99.1 to this report.

Mr. Schmidt, age 30, most recently served as Schmitt’s Controller from October 2019 through January 2020. Prior to his role as Controller he served as Schmitt’s Business Development and Financial Analyst since February 2019, where he was vital in the SBS/Tosei diligence process and the successful sale of the business unit. Prior to Schmitt Mr. Schmidt was an analyst at Sententia Capital Management (“Sententia”) from 2016-2019. Prior to joining Sententia, Mr. Schmidt was an analyst in the Mergers & Acquisitions Department at Craig-Hallum Capital Group, where he closed sell-side engagements in the lower middle market. Mr. Schmidt has a B.S. from Florida State University magna cum laude and attended Columbia Business School, MBA, Value Investing Program.

During the last two years, there have been no transactions or proposed transactions by the Company in which Mr. Schmidt has had or is to have a direct or indirect material interest, and there are no family relationships between Mr. Schmidt and any of the Company’s other executive officers or directors. As disclosed in the Company’s public filings, the Company entered into a consulting agreement with Sententia, where Sententia has agreed to provide executive management services to the Company, which shall be performed by Mr. Zapata in his role as CEO. As contemplated by the terms of the agreement, the Company will pay to Sententia compensation in the amount of $14,000 per month for the term of the agreement, which is defined as July 30, 2019 through July 31, 2020 unless extended or earlier terminated.

(d) On January 14, 2020, the Registrant entered into an executive employment agreement with Mr. Schmidt.

Pursuant to the terms of the agreement, Mr. Schmidt is entitled to receive (i) an annualized salary of $164,000, (ii) a signing bonus of 7,777 fully vested shares of restricted common stock, (iii) a total of 18,000 market-based restricted stock units to vest at set target prices, and (iv) upon achieving certain performance-based objectives determined by the CEO and Compensation Committee, an RSU bonus up to an amount equivalent to $82,000 and other discretionary bonuses as determined by the CEO and Compensation Committee and approved by the Board of Directors.

The 18,000 market-based restricted stock units shall vest in accordance with the schedule set forth below.

This document may contain forward-looking statements made pursuant to the Private Securities Litigation Reform Act of 1995. These statements are not guarantees of future performance and involve risks and uncertainties that are difficult to predict. Actual outcomes and results may differ materially from what is expressed or forecasted in such forward-looking statements due to numerous factors. A complete discussion of the risks and uncertainties that may affect Schmitt’s business, including the business of its subsidiary, is included in “Risk Factors” in the Company’s most recent Annual Report on Form 10-K as filed by the Company with the Securities and Exchange Commission.

For further information regarding risks and uncertainties associated with the Company’s business, please refer to Schmitt’s SEC filings, including, but not limited to, its Forms 10-K, 10-Q and 8-K. 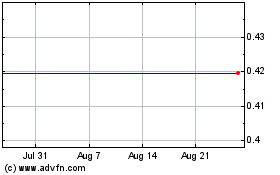 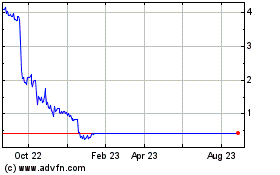 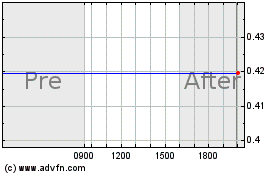