Sientra, Inc. (NASDAQ: SIEN) (“Sientra” or the “Company”), a global medical aesthetics company, announced today that Ron Menezes, former President and General Manager for Almirall Inc., will join Sientra as President and Chief Executive Officer of Sientra, Inc., effective November 10, 2020. Jeffrey Nugent, the Company’s Chairman and Chief Executive Officer since 2015, also announced his retirement from his current responsibilities. He will remain with Sientra through the end of the year in an advisory role to support Mr. Menezes in the transition and to ensure continuity in carrying out the Company’s long-term vision. Caroline Van Hove, current Sientra Director, will expand her position on Sientra’s Board of Directors and succeed Mr. Nugent as Executive Chair.

Mr. Nugent said, “It has been an honor to serve as Chairman and Chief Executive Officer of Sientra over the last five years. In that time, our team has overcome a succession of strategic and executional challenges that, ultimately, made us into a stronger category leader and a more competitive, credible provider and partner to Sientra’s core plastic surgery customers. As I look to focus on the other passions in my life, I am excited to work with Ron over the next two months to further position Sientra for long-term success.”

Mr. Menezes said, “This is an exciting time to join Sientra, given the Company’s outstanding and sustained performance over the last several years and the opportunity for me to lead a dynamic team and build on this momentum to increase our category leadership position, particularly Sientra’s core Breast Products business. This business will serve as the foundation of our growth and I look forward to building on the incredible progress the Company has made as we move into the next phase of success for Sientra.”

Over nearly 30 years in the pharmaceuticals and aesthetics industries, Mr. Menezes has shown to be a successful, driven commercial leader with a track record of performance. Most recently, he led Almirall’s U.S. dermatology division through an impactful turnaround, returning it to profitability by strategically lowering costs associated with product distribution and reorganizing the company. Mr. Menezes was also a member of Almirall’s Mergers & Acquisitions team that successfully acquired Allergan’s dermatology assets in 2018. In 2019, he led the launch of a new molecule for the treatment of acne that far exceeded revenue goals by strategically focusing on improving patients’ access to the product.

Ms. Van Hove said, “Jeff leaves Sientra with a firm foundation in place, strong momentum and an increased focus on breast products that will allow us to continue to deliver additional value for stakeholders. Words cannot express what he has meant to our emergence as a leader. We will miss Jeff’s leadership and constant presence and look forward to Ron leading Sientra into a new chapter of anticipated high growth.”

Ms. Van Hove brings deep expertise in medical aesthetics, including breast aesthetics, and 20 years of global pharma and medical device experience to Sientra’s Board of Directors, on which she has served since January 2020. She is currently President and CEO of a venture-backed, clinical-stage medical aesthetics company, and previously held several commercial leadership roles at Allergan.

Headquartered in Santa Barbara, California, Sientra is a diversified global medical aesthetics company and a leading partner to aesthetic physicians. The Company offers a suite of products designed to make a difference in patients' lives by enhancing their body image, growing their self-esteem, and restoring their confidence. Sientra has developed a broad portfolio of products with technologically differentiated characteristics, supported by independent laboratory testing and strong clinical trial outcomes. The Company’s Breast Products Segment includes its OPUS® breast implants, the first fifth generation breast implants approved by the FDA for sale in the United States, its ground-breaking Allox2® breast tissue expander with patented dual-port and integral drain technology, and BIOCORNEUM® the #1 performing, preferred and recommended scar gel of plastic surgeons(*). The Company’s miraDry Segment, comprised of its miraDry® system, is approved for sale in over 56 international markets and is the only non-surgical, FDA-cleared device indicated for the permanent reduction of underarm sweat and hair and may also reduce odor. 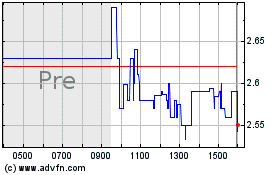