The European Medicines Agency said Friday doctors should consider switching some patients with a rare genetic disorder to a drug made by Shire PLC (SHP.LN) because of manufacturing problems with a rival medicine from Genzyme Corp. (GENZ).

The agency's Committee for Medicinal Products for Human Use said Genzyme has told it supply shortages of two drugs, Fabryzyme for Fabry disease and Cerezyme for Gaucher disease, will continue until at least September 2010 because of a problem with the water system at a Genzyme plant in the U.S., where production was temporarily shut down last year due to contamination.

The problem at the plant has been fixed but supplies of both medicines won't return to normal before the end of September, the committee said.

The committee said it is revising guidance given in September 2009 for Fabryzyme patients, which recommended adult Fabry patients receive a lower dose of the medicine during the shortages.

However, 12% of patients on this lower dose got worse, and the committee said for such patients doctors should consider restarting treatment at a higher dose or switching them to alternatives like Shire's Replagal.

Fabry disease and Gaucher disease are rare, inherited conditions characterized by a build of fats in tissues, causing organ trouble. 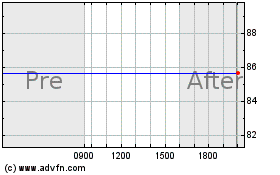