34.9899
-0.1001 (-0.29%)
Upgrade to Real-Time
Afterhours (Closed)
34.9899
Cassava Shares Go Through The Roof On Alzheimer Drug Trial Results
February 03 2021 - 09:18AM
TipRanks
Shares of Cassava Sciences jumped another 10% in Wednesday’s pre-market session after more than doubling yesterday, as the small-cap biotech company released promising results from an interim study of its lead investigational drug, sumifilam, for the treatment of Alzheimer's disease (AD). Cassava Sciences (SAVA) said that the study showed that patient cognition and behavior scores both improved following six months of treatment with simufilam. No safety issues were encountered. The biotech company noted that cognition of individuals suffering from Alzheimer’s disease will always worsen as the illness is a progressive one. “We could not be more pleased with these interim results,” said Cassava CEO Remi Barbier.
https://www.tipranks.com/news/cassava-shares-go-through-the-roof-on-alzheimer-drug-trial-results 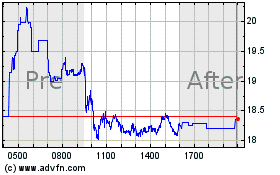