As previously disclosed in the Current Report on Form 8-K filed by Revolution Lighting Technologies, Inc. (the “Company”) on November 26, 2018, Robert V. LaPenta, Sr., the Company’s Chairman, CEO and President, and his affiliate, Aston Capital, LLC (“Aston”), had funded the Company through continued periodic loans, and the Company had issued a consolidated note, dated as of November 21, 2018, to Mr. LaPenta and Aston (the “Consolidated Note”) to reflect loans made to the Company through that date.

As disclosed on subsequent Current Reports on Form 8-K, from time to time since the issuance of the Consolidated Note, Mr. LaPenta has made additional loans to the Company on terms substantially identical to those contained in the Consolidated Note (the “Additional LaPenta Loans”). On July 22, 2019, Mr. LaPenta loaned the Company an additional $1.5 million (the “July Loan”). The July Loan was evidenced by a promissory note (the “Note”) and approved by the Audit Committee of the Company’s Board of Directors on July 21, 2019. The total aggregate principal amount of the Additional LaPenta Loans, including the July Loan is $12.5 million.

As of July 25, 2019, and giving effect to the July Loan, the Company had total debt of approximately $71.7 million, including approximately $52.0 million in aggregate principal and accrued and unpaid interest under loans from Mr. LaPenta and Aston.

The terms of the Note are substantially identical to those contained in the Consolidated Note. The Note is scheduled to mature on July 20, 2020. Interest on the Note is payable on the first business day of each month, commencing on August 1, 2019 and is equal to the greater of (i) LIBOR plus 3.75% and (ii) 1% above the rate in effect at any time under the Company’s Loan and Security Agreement with Bank of America, N.A. The Note is secured by a lien on the Company’s and its subsidiaries’ assets and is guaranteed by the Company’s subsidiaries.

The foregoing description of the Note is not complete and is qualified in its entirety by reference to the full text of the Note, which is attached to this Form 8-K as Exhibit 99.1 and is incorporated herein by reference.

The disclosure under Item 1.01 relating to the Note is incorporated by reference in its entirety in this Item 2.03. 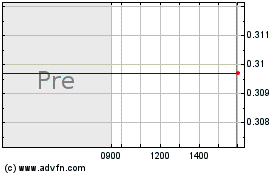