On June 13, 2019, RSM, US LLP (“RSM”) notified the Chairman of the Audit Committee of the Board of Directors (the “Audit Committee”) of Revolution Lighting Technologies, Inc. (the “Company”) that, effective immediately, it was resigning as the Company’s independent registered public accounting firm. Later that day, RSM sent the Audit Committee a letter confirming RSM’s resignation.

In addition, there were no disagreements (as defined in Item 304(a)(1)(iv) of Regulation S-K) between the Company and RSM on accounting principles or practices, financial statement disclosure or auditing scope of procedure, which, if not resolved to the satisfaction of RSM, would have caused them to make reference to the disagreement in their reports on the Company’s financial statements for either of the two fiscal years or the subsequent interim period preceding RSM’s resignation.

During the two most recent fiscal years and the subsequent interim period preceding RSM’s resignation, there have been no reportable events (as defined in Item 304(a)(1)(v) of Regulation S-K), except for (1) the material weakness in the Company’s internal control over financial reporting as disclosed in the Company’s Quarterly Report on Form 10-Q for the quarter ended June 30, 2018 and (2) RSM stating that it can no longer rely on management representations, as set forth in its resignation letter.

In its resignation letter to the Company, RSM stated that it had concluded based on the totality of the information reviewed from the Audit Committee’s recent independent investigation and in its professional judgment, it could no longer rely on the management representations in connection with the audit of the Company’s 2018 internal control over financial reporting and consolidated financial statements.

The Company has provided RSM with a copy of the disclosures required by Item 304(a) of Regulation S-K contained in Item 4.01 of this Current Report on Form 8-K and has requested that RSM furnish the Company with a letter addressed to the Securities and Exchange Commission (the “SEC”) stating whether it agrees with the Company’s statements made in response to those requirements and, if not, stating the respects in which it does not agree. A copy of RSM’s letter, dated June 19, 2019, confirming RSM’s agreements with these statements is filed as Exhibit 16.1 to this Current Report on Form 8-K.

On June 14, 2019, the Company issued a press release announcing the resignation of RSM as the Company’s independent registered public accounting firm. A copy of the press release is attached as Exhibit 99.1.

Background . As previously announced, the Company is cooperating with an ongoing investigation by the SEC. On April 23, 2018, the SEC issued a subpoena to the Company focused on revenue recognition practices at its Energy Source division. The Audit Committee, after retaining counsel and forensic accounting consultants, conducted an internal investigation that ultimately led to the termination of the employment of five Energy Source employees, one which currently serves as an Energy Source consultant. The Company determined that the accounting errors identified through that investigation were immaterial.

On October 11, 2018, the SEC issued a second subpoena related to the Company’s Value Lighting and All-Around Lighting divisions. The Audit Committee commenced an investigation to examine certain revenue recognition practices at those divisions, specifically the booking of revenue using “bill and hold” accounting for certain transactions occurring from 2014 through 2018. Upon satisfaction of specific requirements imposed by accounting principles and interpretations of the SEC staff, bill and hold revenue accounting permits a company to record revenue for products customers have agreed to purchase that it has segregated for delivery within the company’s own warehouse. Absent satisfaction of these requirements, revenue recognition generally should occur upon delivery of products to customers.

The Audit Committee again retained counsel and forensic accounting consultants in connection with its investigation. The investigation team conducted an extensive review of emails and other documentation, interviewed current and former employees of the Company and analyzed the documentation underlying a subset of the Company’s bill and hold transactions. The Audit Committee and its advisors met regularly between November 2018 and May 2019.

As previously disclosed, on December 10, 2018, the Audit Committee, upon the recommendation of the Company’s management, concluded that, as a result of apparent errors related to revenue recognition associated with bill and hold transactions identified in the course of the Audit Committee investigation, the Company’s consolidated financial statements as of and for each of the following fiscal periods should no longer be relied upon:

Additionally, the Company disclosed at that time that the Audit Committee had determined that the related reports of RSM on the consolidated financial statements and internal control over financial reporting for the fiscal years ended December 31, 2017, 2016 and 2015 should also no longer be relied upon and that it had discussed such matters with RSM.

On May 7, 2019, upon the recommendation of the Company’s management and as a result of additional information regarding errors related to bill and hold revenue recognition analyzed during the course of its investigation, the Audit Committee concluded that the Company’s consolidated financial statements for the fiscal year ended December 31, 2014 and the related reports of RSM on such consolidated financial statements and internal control over financial reporting for the fiscal year ended December 31, 2014 should also no longer be relied upon.

Restatement. As previously disclosed, on May 7, 2019, upon the recommendation of the Company’s management and as a result of the information regarding errors related to bill and hold revenue recognition obtained and analyzed during the course of its investigation, the Audit Committee concluded that the Company’s consolidated financial statements as of and for each of the following fiscal periods should be restated:

The Company is currently working diligently on restating these financial statements (the “Restatement”) and is in the process of identifying an independent registered public accounting firm to conduct an audit of its internal control over financial reporting and consolidated financial statements for the years ended December 31, 2016, 2017 and 2018 (the “Audit”). Following completion of the Restatement and the Audit the Company intends to file with the SEC its Annual Report on Form 10-K for the fiscal year ended December 31, 2018, and subsequently its Quarterly Reports on Form 10-Q for the fiscal quarters ended March 31, 2019 and June 30, 2019.

The Company accepted and is in the process of implementing all remedial measures and/or internal controls recommended by the Audit Committee and its advisors.

The updated estimate reflects an aggregate of $4.3 million less revenue over the period from the beginning of 2014 through the second quarter of 2018, compared to the estimate provided on November 13, 2018. $4.2 million of the adjustment reflects the correction of accounting errors with respect to certain of the Company’s transactions with a third-party distributor. One of the Company’s divisions, Seesmart Technologies, Inc. (“Seesmart”) sold products to the distributor that were in turn sold by the distributor to Energy Source. Seesmart recognized revenue upon delivery of these products to the distributor. When Energy Source sold the products, upon delivery to its customers it recognized revenue. These transactions overstated revenue and costs of sales for equal amounts for all periods, beginning in 2015, by $0.4 million in 2015, $1.7 million in 2016, $1.5 million in 2017 and $0.6 million in the first two quarters of 2018. 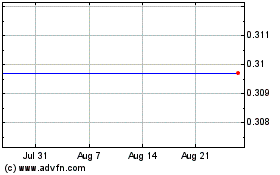 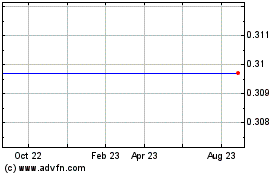 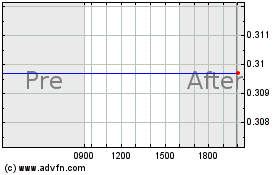