Many landlords took pity on their struggling restaurant tenants by offering to postpone rent payments in April. Now, even as these businesses start to reopen, some are asking for rent reductions.

A growing number of national restaurant and cafe operators say that social-distancing guidelines restrict them to 25% to 50% capacity, forcing them to modify their operations and cut expenses to stay in business.

With June rent approaching and with mounting concern that the U.S. economy might not recover for some time, even blue-chip names that made rent payments in April and May are now asking for relief. Chipotle Mexican Grill Inc. and Shake Shack Inc. said they are lobbying property owners to renegotiate the leases or offer deferred rent payments.

"We are a strong tenant with significant growth ahead of us, and we expect our landlords will partner with us during this difficult time period," Chipotle's chief financial officer, Jack Hartung, told investors last month.

Starbucks Corp. recently joined their ranks when it sent a letter to its landlords asking for a range of concessions, including changes to lease terms and base rent for at least 12 months starting in June.

"Starbucks will require concessions to support modified operations and adjustments to lease terms and base rent structures, so we can withstand this uncertainty together," a Starbucks executive wrote in a May 5 letter to its landlords viewed by The Wall Street Journal.

Many landlords privately fumed over this request, even though Starbucks paid its rent in full in April and May at most of its stores. A company with a $86 billion market capitalization should be able to raise debt or more equity in the capital markets, enabling it to meet its obligations, these landlords said.

Landlords are generally reluctant to cut rent because accounting rules still allow them to book income if rent is deferred as long as it isn't reduced. Temporary rent forgiveness or discounts would also reduce their property valuations, which could hurt an owner's ability to get a loan.

"We are not offering forgiveness," said Sandy Sigal, chief executive officer of NewMark Merrill Cos., which owns more than 70 shopping centers in California, Illinois and Colorado. "We understand the situation and are doing our best."

The privately held company has received some government assistance, which it says helped retain staff. Mr. Sigal said that for some restaurants, he has offered to trade deferral for percentage rent, which is a percentage of sales rather than fixed rent and such deals work out for landlords if business is good. There are no takers yet, he said.

Franchisees for Dunkin' Brands Global Inc., Applebee's and Yum Brands Inc. are also negotiating with their landlords, the companies said. Some tenants are considering extending leases in exchange for deferred rent to be forgiven.

"We've been in regular contact with all our landlords about abatements and lease modifications, and we expect that they will partner with us during this difficult time," said Chief Financial Officer Arne Haak.

A few can boast of success. Jack in the Box Inc. said its landlords offered some relief, helping the burger chain to deliver $10 million in cost reductions to franchises for April, May and June. The chain is postponing rent collections of that amount for franchisees, a spokeswoman said.

Some restaurant owners say their requests for rent reductions were greeted with threats of default notices. That was the case for Steve Stolberg, an owner of a 56-seat restaurant in Plantation, Fla., called Ovlo Eats.

"I don't expect to have zero rent," he said, but added that he was disappointed his request for a 50% rent reduction in line with his falling revenue was denied.

Write to Esther Fung at esther.fung@wsj.com and Heather Haddon at heather.haddon@wsj.com 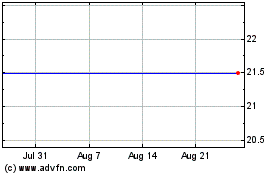 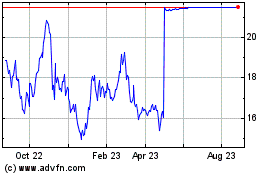 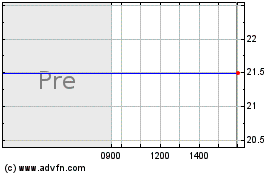