Business Highlights from the Quarter

Garry McGuire, CEO of RMG Networks, commented, "RMG made significant progress during the third quarter, executing our end-to-end solutions strategy. We developed a significant partnership to launch a major office media network and have continued our efforts to expand our market opportunity. I am particularly encouraged that we are continuing in Q3 the strong year-over-year top line growth we also reported in Q2, especially in the context of 2013 being a year of investment and integration and before a number of our expected growth initiatives have fully produced results."

Mr. McGuire concluded, "Our continued investments in our platform are intended to drive future revenue growth and deliver profitability through operating leverage. Our focus for the remainder of the year is on stringently executing our growth plan, cross-selling opportunities between our two businesses, adding new ad inventory and inventory partners, expanding our geographic reach and continuing to expand our solutions portfolio. RMG Network's mission is to be the leader in the ad-tech-video media marketplace through organic growth and by acting as a consolidator of our fragmented industry."

RMG Networks completed the business combinations of Reach Media Group Holdings, Inc. and Symon Holdings Corporation, or Symon, on April 8 and April 19, 2013, respectively. Symon was determined to be the Predecessor Company for accounting purposes and accordingly Symon's historical financials are included for comparison in RMG Networks' "as-reported" financials. Because Symon recorded results of operations on a January 31 fiscal year and because the results of Reach Media Group Holdings, Inc. are not included in Predecessor Company financials, third quarter 2013 results as-reported are not comparable with the Predecessor Company's results for third quarter 2012. Therefore, for ease of comparison, we provide in the following results and tables pro forma combined adjusted results for the 2013 and 2012 third quarters as if the companies had existed as a combined entity for the relevant periods.

Operating loss was $4.4 million compared to operating loss of $2.8 million in the third quarter of 2012. This increased loss is attributable to lower gross margin as a percentage of sales in the current year period, primarily resulting from lower advertising revenue versus our fixed advertising sales costs, and higher operational expenses in the current year period as the company invests in new sales and marketing staff to support growth initiatives. In addition, the company recognized $0.8 million in transaction-related costs and $0.6 million in stock based compensation expense.

Adjusted EBITDA loss was $1.4 million compared to profit of $1.8 million in the third quarter of 2012, decreasing for the reasons described above.

RMG continues to anticipate double-digit year-over-year revenue growth for the balance of 2013 and 2014. For the full year 2013, the company expects total pro forma combined adjusted revenue to be $71 million to $76 million, which is slightly below the range previously provided due to a slower than expected ramp up in certain of the company's international expansion and new product roll-out initiatives. The company believes that continuing its investments in revenue-generating sales and marketing resources during the second half of the year was and is important to capture the market opportunities before it. Accordingly, it anticipates that 2013 Adjusted EBITDA will be between $(1.0) million and $1.0 million. The company expects a robust Q4 in its core businesses, with gross margin improvements versus those experienced in Q3 and a strong finish to the year. The fourth quarter is traditionally the strongest revenue-generating quarter for both business units and that pattern is expected to continue.

Beyond 2013, the company continues to target organic revenue growth in its existing combined core Media and Enterprise businesses of 20+% per year with an additional 5% to 15% revenue growth from organic geographic, network and product expansion. Expected M&A activities would supplement these revenue growth rates. With an underlying platform established through investment in 2013, the company continues to expect achieving significant operating leverage and Adjusted EBITDA growth in 2014 and beyond. The company is choosing to provide its guidance in this new format to account for the reality that the growth in its business is not perfectly linear. The company, however, is not changing its view regarding the assumptions underlying its growth targets or the strength of its future prospects.

Conference Call Management will host a conference call to discuss these results today, Thursday November 14, 2013 at 9:00 a.m. ET. To access the call, please dial 877-280-4961 (toll free) or 857-224-7318 and passcode # 37920962. The conference call will also be broadcast live over the Internet with an accompanying slide presentation, which can be accessed via the Investor Relations section of RMG's web site at http://ir.rmgnetworks.com/phoenix.zhtml?c=251935&p=irol-calendar. All participants should call or access the website approximately 10 minutes before the conference begins. The webcast and slide presentation will be available for replay for 90 days.

Non-GAAP FINANCIAL MEASURES This release includes certain non-GAAP financial measures as defined under SEC regulations, including Adjusted EBITDA. In evaluating its business, RMG Networks considers and uses Adjusted EBITDA as a supplemental measure of its operating performance, and believes that many of the company's investors use this non-GAAP measure to monitor the company's performance. This measure should not be considered as a substitute for the most directly comparable GAAP measures and should not be used in isolation, but in conjunction with these GAAP measures. Definitions and reconciliations between non-GAAP measures and relevant GAAP measures are set forth in the tables at the end of this press release.

FORWARD LOOKING STATEMENT This press release contains "forward-looking statements" within the meaning of the safe harbor provisions of the U.S. Private Securities Litigation Reform Act of 1995. Forward-looking statements can be identified by words such as: "anticipate," "intend," "plan," "goal," "seek," "believe," "project," "estimate," "expect," "strategy," "future," "likely," "may," "should," "will" and similar references to future periods. Examples of forward-looking statements include, among others, statements we make regarding guidance relating to future financial performance, expected operating results, such as revenue growth, and efforts to grow our business.

Forward-looking statements are neither historical facts nor assurances of future performance. Instead, they are based only on our current beliefs, expectations and assumptions regarding the future of our business, future plans and strategies, projections, anticipated events and trends, the economy and other future conditions. Because forward-looking statements relate to the future, they are subject to inherent uncertainties, risks and changes in circumstances that are difficult to predict and many of which are outside of our control. Our actual results and financial condition may differ materially from those indicated in the forward-looking statements. Therefore, you should not rely on any of these forward-looking statements. Important factors that could cause our actual results and financial condition to differ materially from those indicated in the forward-looking statements include, among others, the following: the company's success in retaining or recruiting, or changes required in, its management and other key personnel; the limited liquidity and trading volume of the company's securities; Reach Media Group's ("RMG") history of incurring significant net losses and limited operating history; the competitive environment in the advertising markets in which the company operates; the risk that the anticipated benefits of the combination of RMG or Symon Holdings Corporation, or of other acquisitions that the company may complete, may not be fully realized; the risk that any projections, including earnings, revenues, margins or any other financial items are not realized; changing legislation and regulatory environments; business development activities, including the company's ability to contract with, and retain, customers on attractive terms; the general volatility of the market price of the company's common stock; risks and costs associated with regulation of corporate governance and disclosure standards (including pursuant to Section 404 of the Sarbanes-Oxley Act); and general economic conditions.

Any forward-looking statement made by us in this press release is based only on information currently available to us and speaks only as of the date on which it is made. We undertake no obligation to publicly update any forward-looking statement, whether written or oral, that may be made from time to time, whether as a result of new information, future developments or otherwise. 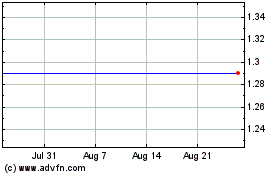 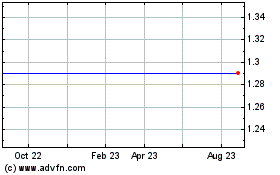 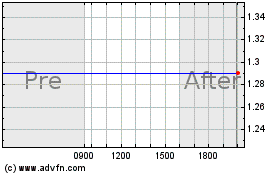