On January 18, 2021, Ms. Xueping Ning was appointed as a successor independent director to serve on the board of directors (the “Board”) of Pintec Technology Holdings Limited (Nasdaq: PT) (“PINTEC” or the “Company”), replacing Mr. Jiacheng Liu, effective January 18, 2021. Mr. Jiacheng Liu resigned from his position as an independent director of the Company on the same date. Ms. Ning also replaced Mr. Liu as a member of the audit committee of the Board and a member of the compensation committee of the Board. Mr. Liu’s resignation was for personal reasons, which did not result from any disagreement with the Company on any matter relating to the Company’s operations, policies or practice.

Ms. Xueping Ning has served as an associate professor and master’s supervisor at the School of Accounting of Shanghai University of International Business and Economics since August 2013. Ms. Ning has also served as a deputy director in the coordination branch of the Construction Office for Promoting Shanghai into a Science and Innovation Center since March 2020. From November 2009 to August 2013, Ms. Ning served as a lecturer and associate professor at the School of Finance of Shanghai Lixin University of Accounting and Finance. Ms. Ning received her Ph.D. in industrial economics from Xi’an Jiaotong University in September 2009 and completed her postdoctoral research at Chinese Academy of Social Sciences in June 2016.

On January 15, 2021, Mr. Ziwei Zhang resigned from his position as the chief marketing officer of the Company, effective on the same date. Mr. Zhang’s resignation was for personal reasons, which did not result from any disagreement with the Company on any matter relating to the Company’s operations, policies or practice.

This announcement contains forward-looking statements. These statements constitute “forward-looking” statements within the meaning of Section 21E of the Securities Exchange Act of 1934, as amended, and as defined in the U.S. Private Securities Litigation Reform Act of 1995. These forward-looking statements can be identified by terminology such as “will,” “expects,” “anticipates,” “future,” “intends,” “plans,” “believes,” “estimates,” “target,” “confident” and similar statements. Among other things, PINTEC’s strategic and operational plans contain forward-looking statements. PINTEC may also make written or oral forward-looking statements in its periodic reports to the U.S. Securities and Exchange Commission, in its annual report to shareholders, in press releases and other written materials and in oral statements made by its officers, directors or employees to third parties. Such statements are based upon management’s current expectations and current market and operating conditions, and relate to events that involve known or unknown risks, uncertainties and other factors, all of which are difficult to predict and many of which are beyond the Company’s control. Forward-looking statements involve inherent risks, uncertainties and other factors that could cause actual results to differ materially from those contained in any such statements. Potential risks and uncertainties include, but are not limited to, the Company’s limited operating history, regulatory uncertainties relating to online consumer finance in China, the Company’s reliance on Jimu Group for a significant portion of its funding and the need to further diversify its financial partners, the Company’s reliance on a limited number of business partners, the impact of current or future PRC laws or regulations on wealth management financial products, publicity regarding the consumer finance industry and the evolving regulatory environment governing this industry in China, and the Company’s ability to meet the standards necessary to maintain the listing of its ADSs on the Nasdaq Global Market, including its ability to cure any non-compliance with Nasdaq’s continued listing criteria. Further information regarding these and other risks, uncertainties or factors is included in the Company’s filings with the U.S. Securities and Exchange Commission. All information provided herein is as of the date of this announcement, and the Company does not undertake any obligation to update any forward-looking statement as a result of new information, future events or otherwise, except as required under applicable law. 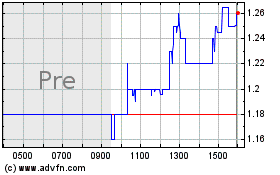