Mr. Swets, age 45, has served as a member of the Board of the Company since November 21, 2013 and served as Chairman of the Board from March 5, 2017 to May 11, 2018. Mr. Swets founded Itasca Financial LLC (“Itasca Financial”), an advisory and investment firm, in 2005 and has served as its managing member since inception. He is also the founder and President of Itasca Golf Managers, Inc., a management services and advisory firm focused on the real estate and hospitality industries. Mr. Swets has served as a director and the Chief Executive Officer of Itasca Capital Ltd. (TSXV: ICL) since June 2016. Previously, he served as the Chief Executive Officer of Kingsway Financial Services Inc. (NYSE: KFS) from July 2010 to September 2018. Prior to founding Itasca Financial, Mr. Swets served as an insurance company executive and advisor, including the role of Director of Investments and Fixed Income Portfolio Manager for Lumbermens Mutual Casualty Company formerly known as Kemper Insurance. Mr. Swets began his career in insurance as an intern in the Kemper Scholar program in 1994. Mr. Swets is a member of the board of directors of Limbach Holdings, Inc. (Nasdaq: LMB), Insurance Income Strategies, Ltd., Harbor Custom Development, Inc., Alexian Brothers Foundation, and Unbounded Media Corporation. Previously, he served as a member of the board of directors of Kingsway Financial Services Inc. from September 2013 to December 2018, Atlas Financial Holdings, Inc. (Nasdaq: AFH) from December 2010 to January 2018, FMG Acquisition Corp. (Nasdaq: FMGQ) from May 2007 to September 2008, United Insurance Holdings Corp. from 2008 to March 2012 and Risk Enterprise Management Ltd. from November 2007 to May 2012. He is a member of the Young Presidents’ Organization. Mr. Swets earned a master’s degree in Finance from DePaul University in 1999 and a bachelor’s degree from Valparaiso University in 1997. He also holds the Chartered Financial Analyst designation.

There are no family relationships between any of the Company’s directors or executive officers and Mr. Swets. There are no related party transactions with respect to Mr. Swets and the Company that would be required to be reported under Item 404(a) of Regulation S-K.

In consideration for the services, the Company agrees to pay Mr. Swets $46,000 per month during the term of the Agreement, which will terminate on the earlier of (i) the Company’s hiring of a new Chief Executive Officer or (ii) the six-month anniversary of the commencement date (the “Term”). If the Agreement is terminated for “Good Reason” by Mr. Swets or by the Company without “Cause” prior to the end of the Term, Mr. Swets will be eligible to receive payment for the remainder of the full Term. “Cause” will exist if Mr. Swets: (a) is convicted of, or pleads nolo contender to, any felony or other offense involving moral turpitude, or any crime related to his service, or commits any unlawful act of personal dishonesty resulting in personal enrichment in respect of his relationship with the Company or otherwise detrimental to the Company in any material respect; (b) fails to consistently perform the Services in good faith and to the best of his ability; (c) willfully disregards or fails to follow the instructions from the Board to do any legal act related to the Company’s business and/or the Services; (d) willfully disregards or violates material provisions of the Company’s Code of Conduct or other corporate policies; or (e) exhibits habitual drunkenness or engages in substance abuse which in any way materially affects his ability to perform the Services. “Good Reason” will exist if Mr. Swets terminates the Agreement as a result of (a) the Company making a material adverse change in the terms of the Agreement; (b) a material reduction of the consulting fees specified in the Agreement; or (c) the Company materially breaches the terms of the Agreement.

The Agreement contains a customary confidentiality provision and a six-month post-termination of the Agreement restriction against both soliciting employees and independent contractors of the Company and inducing them to terminate their relationship with the Company. 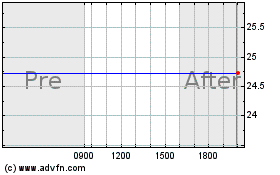