On June 28, 2022, NextPlay Technologies, Inc., a Nevada corporation (the “Company”), entered into a series of agreements whereby it agreed to sell its travel and media businesses to TGS Esports Inc. (“TGS”), a British Columbia corporation listed for trading on the Canadian TSX Venture Exchange (the “TSXV”), in exchange for securities of TGS (the “Transaction”). The Transaction has not yet been consummated and is subject to various closing conditions including, without limitation, TSXV’s consent and approval of the Transaction, approval of the Transaction and certain related matters by TGS’ shareholders and consummation of a financing by TGS. Following the closing of the Transaction, the Company will continue to operate its remaining business units, including its HotPlay, NextFintech and NextBank lines of business.

Pursuant to that certain securities exchange agreement (the “Securities Exchange Agreement”) by and among TGS on the one hand and the Company, William Kerby and Donald P. Monaco, on the other hand, TGS agreed to acquire (i) all of the outstanding equity interests (the “NextTrip Interests”) the Company, Mr. Kerby and Mr. Monaco hold in NextTrip Group, LLC (“NextTrip”), a Florida limited liability company and direct subsidiary of the Company, pursuant to which NextTrip would become a wholly-owned subsidiary of TGS (the “NextTrip Sale”); and (ii) all of the equity interests (the “Reinhart Interests,” and, together with the NextTrip Interests, the “Interests”) the Company holds in Reinhart Interactive TV AG, a Switzerland Aktiengesellschaft which operates the Zappware business (“Reinhart” and, together with NextTrip, the “Divested Entities”), pursuant to which Reinhart would become a partially-owned subsidiary of TGS (the “Reinhart Sale”). In exchange for the Interests, and pursuant to the terms of the Securities Exchange Agreement, TGS has agreed to issue (i) $12.2 million in newly created nonvoting preferred shares (the “Preferred Shares”) to the Company, or 232,380,952 Preferred Shares and (ii) an aggregate of $3.66 million in TGS common shares to Kerby and Monaco, or 69,714,286 TGS common shares, of which 11,619,048 TGS common shares will be held in escrow pursuant to that certain Stock Escrow Agreement to be executed at closing as described below.

Prior to the execution of the Securities Exchange Agreement, NextTrip issued an aggregate of 915,000 units in NextTrip to Messrs. Kerby and Monaco to resolve certain management unit issuances provided for in NextTrip’s Operating Agreement as consideration for services rendered. Kerby is the current Co-Chief Executive Officer and a director of the Company and Mr. Monaco is a director of the Company.

As a condition of closing the Transaction, TGS shall hold a shareholder meeting as soon as reasonably practicable to approve the Transaction, the form of Amendment to Articles of TGS (as described below), a 40:1 share consolidation (reverse stock split) and related matters (collectively, the “Transaction Proposals”). In connection with the shareholder meeting, TGS is also obligated to file a circular with the Canadian securities authorities in accordance with Canadian law and the policies of the TSXV.

In addition, in order to induce the Company to enter into the Securities Exchange Agreement, certain TGS shareholders agreed to enter into a voting support agreement pursuant to which they agreed to vote their TGS common shares in favor of the Transaction Proposals.

The Securities Exchange Agreement contains certain termination rights for both the Company and TGS.

As a condition to closing, TGS shall amend its Articles of Incorporation to designate and establish the rights, obligations and privileges of the Preferred Shares, as more particularly described below, which Preferred Shares shall be issued by TGS to the Company at closing of the Transaction. The Amendment to Articles is subject to the approval of the TSXV and the shareholders of TGS.

The Preferred Shares are non-voting and no holder of Preferred Shares, unless otherwise provided by law, is entitled to receive notice of and to attend meetings of shareholders of TGS.

Upon the occurrence of a TGS liquidation event (dissolution, merger/acquisition or sale or related transactions), the holders of Preferred Shares are entitled, in preference to the rights of holders of the common shares, for Preferred Share, an amount equal to the initial price of CDN$ 0.068 per share, plus any declared but unpaid dividends on such Preferred Shares.

The Preferred Shares: (i) may be redeemed by TGS upon the mutual consent of TGS and the Company, (ii) up to 50% of the Preferred Shares may be redeemed at any time after the date of TGS becoming listed on a U.S. senior exchange (a “Qualified Listing”) but prior to a Distribution (as defined below) upon TGS’ election (with a redemption of more than 50% of the Preferred Shares subject to the Company’s consent), or (iii) at the end of four (4) years from the closing date at the election of the Company. The redemption price per share is equal to the initial price of CDN$ 0.068.

The Preferred Shares are only convertible into TGS common shares by the Company if immediately distributed as a stock dividend to the Company’s stockholders.

The Preferred Shares are automatically convertible and distributable (i) upon the completion of a Qualified Listing or (ii) forty-eight (48) months from the closing date; provided, however, that the Company has the option to first require redemption of such Preferred Shares as described above.

The mandatory distribution by a holder of Preferred Shares (initially, the Company) shall be governed by Section 2.2 of that certain Right of First Refusal and Distribution Agreement which will be effective at the closing of the Transaction, the form of which is attached as an exhibit hereto and incorporated by reference herein.

Further, the Separation Agreement terminates certain intercompany agreements and accounts by and between the parties at closing of the Transaction, sets rights related to confidentiality, non-disclosure and maintenance of attorney-client privilege matters and also provides for a mutual release by and among the Company, NextTrip and Reinhart for all pre-closing claims between themselves and their officers, directors, affiliates, successors and assigns.

In addition, the Separation Agreement provides for the contribution of (i) $1.5 million to NextTrip and (ii) an additional $1.5 million in ten (10) equal monthly installments beginning July 1, 2022, in exchange for NextTrip, as of May 1, agreeing to assume the ongoing operating expenses of NextTrip and Reinhart. NextTrip has also agreed to assume payments under that certain payment obligation of the Company pursuant an Amendment to Intellectual Property Purchase Agreement effective May 18, 2021 by and between the Company, IDS Inc., TD Assets Holding LLC, and Ari Daniels in the approximate amount of $2,500,000, provided, however, that, if the Company fails to make any of the above installment payments within five (5) business days of being due, that such IDS payment obligation reverts back to the Company.

At closing of the Transaction, in connection with the issuance of common shares of TGS to Messrs. Kerby and Monaco, the parties shall enter into a stock escrow agreement (the “Stock Escrow Agreement”), a form of which is attached hereto and incorporated by reference herein, whereby 11,619,048 TGS common shares, or 16.67% of the TGS common shares received by Kerby and Monaco in the Securities Exchange Agreement, will be held in escrow (the “Escrow Shares”). The Escrow Shares will be held by the escrow agent for a period of up to four (4) years (the “Escrow Period”) at which point, if the following conditions have not been met, such Escrow Shares will be canceled and returned to TGS’ treasury: (i) the TGS common share trading price at the time of a conversion of Preferred Shares by the Company occurs is at or above $0.06375 (a 115% premium on the closing price), or (ii) the Preferred Shares are sold or redeemed by the Company at or above a price of $14,030,000 (a 115% premium). The Escrow Shares will have voting rights during the Escrow Period following consummation of the Transaction.

The preceding summaries do not purport to be complete and are qualified in their entirety by reference to the Securities Exchange Agreement, form of Amendment to Articles of TGS, Separation Agreement, form of Right of First Refusal and Distribution Agreement and form of Stock Escrow Agreement are subject to, and qualified in their entirety by, the terms of said documents attached as Exhibits 2.1, 10.1, 10.2, 10.3 and 10.4 hereto, respectively, which are incorporated by reference herein.

On June 29, 2022, the Company issued a press release announcing the Transaction. The press release is furnished as Exhibit 99.1 to this Current Report on Form 8-K. 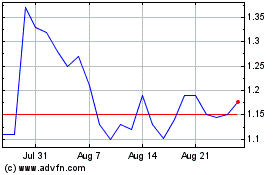 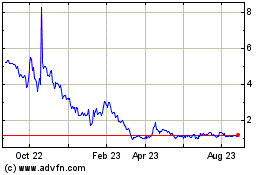 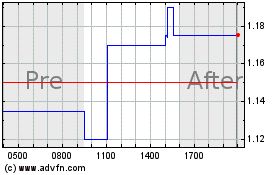