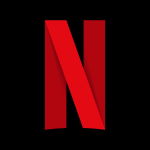 Two cable channels that have long dominated the holiday movie genre are facing new competition from Netflix Inc., Walt Disney Co. and Apple Inc., which are all aiming to carve out space in a once-sleepy corner of the movie business.

Marathons of schmaltzy titles like "A Cookie Cutter Christmas" and "Four Christmases and a Wedding" have become a successful annual tradition for Hallmark Channel and Lifetime. This year, both channels began playing such fare nonstop before Halloween.

Netflix began unveiling its holiday programming this month, which will include six new Christmas movies, including "A Christmas Prince: The Royal Baby," a new holiday television series and two Christmas cooking-competition specials.

Disney's new Disney+, which launched Nov. 12 and offers subscribers animated classics alongside Marvel and Star Wars movies, hopes to entice new subscribers with its own holiday offerings. The service has more than 20 Christmas movies, from classics such as "Miracle on 34th Street" to a new title exclusive to the service: "Noelle," a film starring Anna Kendrick that the studio heavily promoted ahead of the Disney+ launch.

Netflix and Disney face an entrenched adversary in Hallmark Channel, which nearly a decade ago sowed the seeds of Christmas-movie binge watching.

"Others have seen what tremendous appetite there is for holiday content, and we welcome the competition," said Bill Abbott, chief executive of Hallmark Channel's parent company. "We're still in our minds far and away the No. 1 holiday destination."

For the last three years Hallmark Channel was one of the highest-rated basic-cable networks during the October-December quarter, according to Mr. Abbott.

Hallmark's opening salvo this year included titles like "Christmas Wishes & Mistletoe Kisses," a romantic tale involving an interior designer and a billionaire. Lifetime has unveiled offerings like "Christmas A La Mode" as part of its "It's a Wonderful Lifetime" marathon.

Hallmark spends about 30% of its annual production budget on Christmas movies, according to Mr. Abbott, who says these movies generate roughly the same percentage of the network's revenue. The company declined to disclose the size of its production budget.

Hallmark began stuffing its lineup with Christmas movies soon after Mr. Abbott assumed command of the channel's parent company, Crown Media Holdings Inc., in 2009. It was part of an effort to focus the network's programming around the greeting-card company's brand. Under Mr. Abbott, Hallmark and sister network Hallmark Movies & Mysteries have ramped up to 40 new Christmas movies this year, from five in 2010.

Lifetime, owned by A+E Networks, decided to get back into the Christmas movie arms race in 2017 after spending years focused on other fare such as reality TV, biographical movies and dramas drawn from recent news headlines. It is broadcasting 30 new holiday titles this year, nearly double the number in 2018.

"Lifetime is upping its game," said Karen Schaler, a Christmas-movie writer who remembers when the network used to dominate the holiday made-for-TV movie niche before taking a "dark and twisty" turn.

"We realized our audiences still want these movies," said Ms. Hooper, adding that she and her staff now "joke a little bit about the Christmas-movie wars."

When next year's holiday season kicks off, viewers will almost certainly have even more Christmas content to choose from, with Comcast Corp. launching its Peacock streaming service next April and AT&T Inc.'s HBO Max making its debut in May. Both companies' immense film libraries include scores of Christmas movies.

Apple Inc. last month outbid rival Hollywood studios for the chance to make a big-budget musical version of "A Christmas Carol," starring Ryan Reynolds and Will Ferrell, according to people familiar with the matter. A few weeks later, Disney also made a deal to produce a musical adaptation of the classic Christmas tale, a different person said.

Hallmark and Lifetime film some of their movies over a couple of weeks and said they spend between $1.5 million and $2.5 million on each movie. By contrast, a major film from Disney, Netflix or another big Hollywood company can take months to finish and cost tens if not hundreds of millions of dollars.

In the U.S., streaming services last year experienced increased traffic during November and December, according to research firm SimilarWeb, which tracks Android mobile and desktop data. Disney's Hulu experienced a nearly 30% rise in activity when compared with the preceding months of the year.

Netflix saw a 6.3% increase during the same period. It beefed up this year's slate of holiday content after movies like "The Christmas Chronicles" and "A Christmas Prince" in recent years were well-received by subscribers, a company spokesperson said. "The Christmas Chronicles" attracted 20 million viewers its first week, the company's content chief, Ted Sarandos, told a conference last December. And while Netflix didn't provide viewing data for "A Christmas Prince," it did order two sequels.

Netflix didn't see the advantage of running Hallmark-style holiday movies at first, according to independent producer Brad Krevoy, who has made movies for both companies. "It took a lot of persuading," he said of his dealings with the streaming service before it finally decided to move forward with "A Christmas Prince," which Mr. Krevoy's company produced. 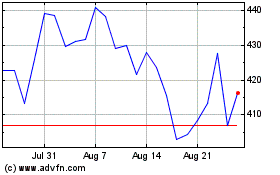 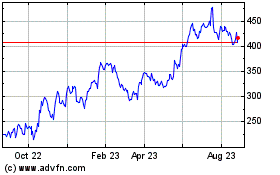 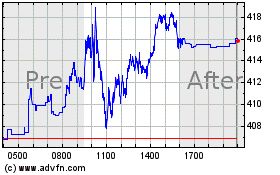