INFORMATION CONTAINED IN THIS REPORT ON FORM 6-K

As disclosed in this Current Report on Form 6-K filed by Mereo BioPharma Group plc (“Mereo” or “the Company”), effective August 1, 2020, current Mereo Board of Directors member Mr. Michael Wyzga became Interim Chief Financial Officer of Mereo following the planned departure of Mr. Richard Jones, the Company’s Chief Financial Officer, who previously informed Mereo’s Board of Directors (the “Board”) that he would be leaving the Company to pursue other opportunities.

On August 3, 2020, the Company notified The Nasdaq Stock Market, Inc. (“Nasdaq”) that it was not in compliance with Nasdaq Listing Rule 5605(c)(2)(A) as a result of the vacancy caused by Mr. Wyzga resigning from the Audit and Risk Committee effective August 1, 2020.

Nasdaq Listing Rule 5605(c)(2)(A) requires the Audit Committee to have at least three independent members (as defined by Nasdaq Listing Rule 5605(a)(2) and Rule 10A-3(b)(1) under the Securities Exchange Act of 1934, as amended), at least one of whom is an audit committee financial expert. Mr. Wyzga was one of the three independent directors on the Audit and Risk Committee. Mr Paul Blackburn, an independent member of the Board and the Chair of the Audit and Risk Committee, is the Audit Committee financial expert for purposes of, and in accordance with, Nasdaq and Securities and Exchange Commission rules.

The Company intends to fill the vacancy on the Audit Committee and to cure all related non-compliance within the cure period provided under Nasdaq Listing Rule 5605(c)(4).

All of the Company’s forward-looking statements involve known and unknown risks and uncertainties (some of which are significant or beyond its control) and assumptions that could cause actual results to differ materially from the Company’s historical experience and its present expectations or projections. The foregoing factors and the other risks and uncertainties that affect the Company’s business, including those described in this Report on For 6-K, the Company’s Annual Report on Form 20-F, other Reports on Form 6-K and other documents filed from time to time by the Company with the United States Securities and Exchange Commission and those described in other documents the Company may publish from time to time should be carefully considered. The Company wishes to caution you not to place undue reliance on any forward-looking statements, which speak only as of the date hereof. The Company undertakes no obligation to publicly update or revise any of our forward-looking statements after the date they are made, whether as a result of new information, future events or otherwise, except to the extent required by law. 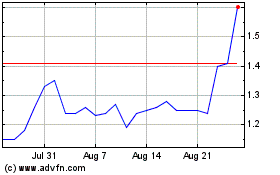 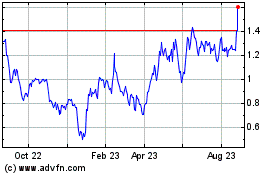 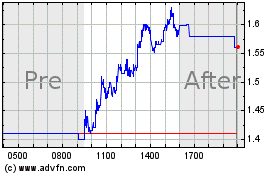