"We are very pleased to once again report a quarter of robust operating performance, representing a continuation of the financial trends demonstrated during the first six months of the year," said Robert B. Kaminski, Jr., President and Chief Executive Officer of Mercantile. "Our sustained strength in core profitability, solid capital position, and healthy commercial loan and residential mortgage loan pipelines give us confidence that the sound financial performance exhibited during the first three quarters of the year will continue in the fourth quarter and beyond."

Noninterest income during the third quarter of 2019 was $6.7 million, up $2.0 million, or nearly 42 percent, from the prior-year third quarter. The improved level of noninterest income primarily reflected increased mortgage banking activity income stemming from the success of continuing strategic initiatives designed to increase market presence, along with a higher level of refinance activity resulting from a recent decrease in residential mortgage loan interest rates. Increased credit and debit card income, service charges on accounts, and payroll processing fees also contributed to the higher level of noninterest income.

"We are extremely pleased with the growth in certain key fee income categories, most notably in mortgage banking activity income," continued Mr. Kaminski. "The significant increase in mortgage banking activity income reflects the success of ongoing strategic initiatives implemented across the organization to boost market penetration, a higher percentage of originated residential mortgage loans being sold, and enhanced refinance activity stemming from a recent decline in residential mortgage loan interest rates. We remain committed to controlling our overhead costs, in large part reflecting the administration of a sustainable business model."

As of September 30, 2019, total assets were $3.71 billion, up $346 million, or 10.3 percent, from December 31, 2018. Total loans and interest-earning deposits increased $180 million and $134 million, respectively, over the same time period. During the twelve months ended September 30, 2019, total loans were up $236 million, or 8.7 percent. Approximately $153 million and $412 million in commercial term loans to new and existing borrowers were originated during the third quarter and first nine months of 2019, respectively, as ongoing sales and relationship-building efforts resulted in increased lending opportunities. As of September 30, 2019, unfunded commitments on commercial construction and development loans totaled approximately $91 million, which are expected to be largely funded over the next 12 to 18 months. The growth in interest-earning deposits mainly stemmed from certain deposit-gathering initiatives and an increase in wholesale funds.

Ray Reitsma, President of Mercantile Bank of Michigan, noted, "We are pleased with the increase in net loans during the current quarter, which equated to an annualized growth rate of about 7 percent. The net loan growth realized during the quarter reflected an increase in the commercial portfolio, most notably in the owner-occupied commercial real estate and non-owner occupied commercial real estate segments, along with growth in the residential mortgage loan portfolio. New commercial term loan originations remained strong during the quarter, representing the highest quarterly level since the second quarter of 2016. As evidenced by the solid loan growth during the quarter, our lending team continues to successfully identify new customer relationships and meet the needs of our existing customer base. We have not wavered from our commitment to grow the loan portfolio in a disciplined manner, with a continuing focus on responsible loan pricing and sound asset quality. We remain committed to maintaining the combined commercial and industrial loan and owner-occupied commercial real estate loan portfolio segments at a minimum percentage of total commercial loans. Our commercial loan and residential mortgage loan pipelines remain strong."

As of September 30, 2019, commercial and industrial loans and owner-occupied commercial real estate loans combined represented approximately 58 percent of total commercial loans, a level that has remained relatively consistent and in line with internal expectations.

Mr. Kaminski concluded, "As a result of our strong financial performance during the first three quarters of 2019, we are well positioned to meet our profitability and growth objectives for the year. The cash dividend program, which includes providing shareholders with a competitive dividend yield on a consistent basis, furthers our commitment to enhancing total shareholder value. We have been able to successfully gain new clients and retain existing customers through our market-leading products and services as well as an emphasis on developing mutually-beneficial relationships. We are excited about the opportunities we believe are available to us to expand our presence in our markets, and we are confident that the demonstrated solid operating performance during the first nine months of the year will continue during the fourth quarter and subsequent periods."

This news release contains comments or information that constitute forward-looking statements (within the meaning of the Private Securities Litigation Reform Act of 1995) that are based on current expectations that involve a number of risks and uncertainties. Actual results may differ materially from the results expressed in forward-looking statements. Factors that might cause such a difference include changes in interest rates and interest rate relationships; demand for products and services; the degree of competition by traditional and nontraditional competitors; changes in banking regulation or actions by bank regulators; changes in tax laws; changes in prices, levies, and assessments; the impact of technological advances; governmental and regulatory policy changes; the outcomes of contingencies; trends in customer behavior as well as their ability to repay loans; changes in local real estate values; changes in the national and local economies; and other factors, including risk factors, disclosed from time to time in filings made by Mercantile with the Securities and Exchange Commission. Mercantile undertakes no obligation to update or clarify forward-looking statements, whether as a result of new information, future events or otherwise. 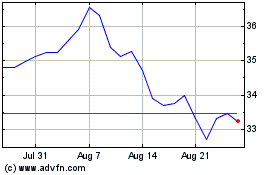 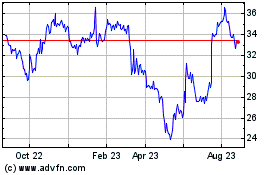 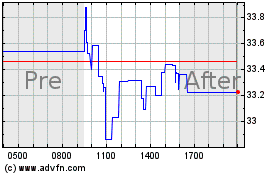