This article is being republished as part of our daily reproduction of WSJ.com articles that also appeared in the U.S. print edition of The Wall Street Journal (April 1, 2020).

Sen. Kelly Loeffler and her husband purchased and sold about $1.4 million in stocks in the past month amid the coronavirus market panic. They suffered losses but limited the investment damage through some timely trades, according to a summary provided by the Georgia Republican's re-election campaign.

Ms. Loeffler and her husband, Jeffrey Sprecher, who is chairman of the New York Stock Exchange, ended up with more paper losses on their stock purchases than they saved in dumping shares, according to a Wall Street Journal review of the senator's financial disclosure.

In the latest filing, Ms. Loeffler reported that she and her husband bought about $590,000 of stock and sold about $845,000 of stock from Feb. 18 through March 13. If they had held the shares they sold through Monday, the stock would have been valued at $86,000 less than what they sold it for, according to the Journal analysis.

The stocks they bought declined even more in value since they purchased them, giving the couple paper losses of $102,000 through Monday.

Ms. Loeffler's stock trades have been a hot topic in the special election for the seat to which Georgia Gov. Brian Kemp appointed the businesswoman in December when Republican Sen. Johnny Isakson retired. A spokesman for Ms. Loeffler called criticism of the transactions a baseless political attack and said that all daily trades are handled by professional investment advisers without the senator's prior knowledge.

The prepandemic stock sales of at least one other senator, Richard Burr of North Carolina, is under Federal Bureau of Investigation scrutiny, but Ms. Loeffler's spokesman said federal investigators haven't contacted her. Ms. Loeffler's disclosure report was reviewed by the Journal before she planned to file it Tuesday night.

Ms. Loeffler and her husband, the founder and chief executive of Intercontinental Exchange Inc., also exercised options to buy shares in the company, which provides their primary compensation, and sold them for about $10.9 million. This is a common practice for the couple. In the past three years, they have sold about $55 million of company shares for expenses and portfolio diversification, a campaign spokesman said. Ms. Loeffler and Mr. Sprecher have an estimated net worth of at least $500 million, making her the richest member of Congress.

Mr. Sprecher also closed out a series of stock options in which he would have had to pay his counterparties if the prices of the stocks slipped below specific price targets. When he exited from those positions, most of the stocks' prices were well above those strike prices. If he had kept those options through Monday, he would have theoretically owed some of his counterparties $133,000, according to the Journal analysis.

Ms. Loeffler and her husband sold shares of retail companies Lululemon Athletica Inc., Ross Stores Inc. and AutoZone Inc., just as they began to drop in the market decline, while the couple's purchases included about $115,000 each in DuPont de Nemours Inc. and Chevron Corp., which both declined in the past month.

Ms. Loeffler is battling to hold on to her Senate seat. A GOP rival, Rep. Doug Collins, a four-term congressman, began hammering her over her stock trades in TV appearances and on social media after they were disclosed.

"People are losing their jobs, their businesses, their retirements, and even their lives and Kelly Loeffler is profiting off their pain?" Mr. Collins tweeted March 20. "I'm sickened just thinking about it."

Stephen Lawson, a spokesman for Ms. Loeffler's campaign, texted in a statement, "These false attacks against Senator Loeffler -- from the Left, from fake news media, from career politicians -- are exactly why people are fed up with Washington."

When Mr. Kemp appointed Ms. Loeffler, he hoped the wealthy business executive and political newcomer could win over key suburban and women voters as the state experiences an influx of younger people and minorities, many from the North.

Ms. Loeffler, 49 years old, is self-funding her Senate bid -- an attractive prospect for national Republicans who would rather focus their resources on more at-risk incumbents in Colorado, Arizona and North Carolina. Now Ms. Loeffler's wealth could become a political liability.

The entry into the contest of Mr. Collins, a Trump loyalist who had also sought the Senate appointment, alarmed some Republicans in Georgia and Washington worried that an intraparty battle could hurt chances of holding the seat, and could put the GOP's control of the Senate at risk.

Write to James V. Grimaldi at james.grimaldi@wsj.com, Lindsay Wise at lindsay.wise@wsj.com and Tom McGinty at tom.mcginty@wsj.com 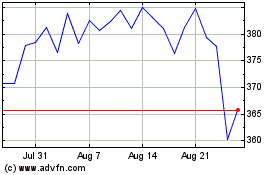 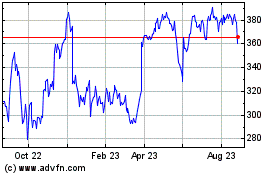 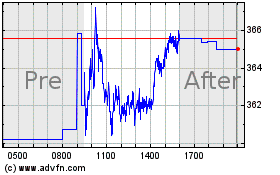