Hall of Fame Resort & Entertainment Company (“HOFV” or the “Company”) (NASDAQ: HOFV, HOFVW), the only resort, entertainment and media company centered around the power of professional football and owner of the Hall of Fame Village powered by Johnson Controls in Canton, Ohio, is excited to announce that it will be bringing a new signature restaurant, Don Shula’s, to the birthplace of American professional football – Canton, Ohio. Don Shula’s will be a new concept introduced by Shula’s Restaurant Group specifically for the Hall of Fame Village powered by Johnson Controls. The restaurant, which will pay homage to Coach Shula’s upbringing in Ohio as well as his legacy within the game of football, will be an anchor tenant of the Retail Promenade and is expected to open in late 2021.

“Our vision for the Hall of Fame Village powered by Johnson Controls has generated excitement from well-known brands who want to be part of the experience we are creating in Canton, like Don Shula’s,” said Michael Crawford, President & CEO of HOFV. “We are thrilled that our first tenant for the Retail Promenade is one with strong ties to both Northeast Ohio and professional football. This new restaurant concept from Shula’s Restaurant Group will serve as a new way to honor arguably the greatest coach the game has ever seen.”

Shula’s Restaurant Group was founded in 1989 by the legendary Coach Don Shula, whose 347 wins are the most of all time. Under Shula’s guidance, the Miami Dolphins went undefeated in 1972, becoming the only team in NFL history to accomplish this feat. Coach Shula, a 1997 Pro Football Hall of Fame inductee, was known for his motto to “strive for perfection, but settle for excellence,” which is the same philosophy under which Shula’s Restaurant Group operates.

“I am personally thrilled to introduce this new concept that celebrates Coach Don Shula and creates a unique experience that highlights his successful career,” said Mary Anne Shula, wife of the late Don Shula and Chairman of the Board for Shula’s Restaurant Group. “We’ll have surprises that even his most loyal fans will be thrilled to experience and, more importantly, will be able to continue introducing his storied career to new fans for generations to come.”

Don Shula’s will offer a casual fine dining experience in the heart of the Hall of Fame Village powered by Johnson Controls. The menu will feature a diverse set of offerings that appeal to families and business executives alike. The experience will be focused on a winning combination of chef-driven, craveable cuisine, unforgettable hospitality, and never before seen Coach Shula memorabilia.

“This location is unique in its ability to celebrate everything football so it makes sense that we would introduce a signature concept that celebrates Coach Don Shula’s legacy,” said Bill Freeman, CEO of Shula’s Restaurant Group. “With its prime spot at the Hall of Fame Village and connection to the Pro Football Hall of Fame, we’ll be able to provide guests from around the country an unprecedented insider’s peek into Coach Shula’s career.”

Coach Shula’s ties to the Ohio community run deep. The Grand River native graduated from Harvey High School in Painesville before attending John Carroll University in Cleveland, where he played baseball, basketball and football. He then went on to receive a master’s degree in physical education from Western Reserve University (now Case Western Reserve University), also in Cleveland. What’s more, he started his NFL career as a defensive back for the Cleveland Browns. 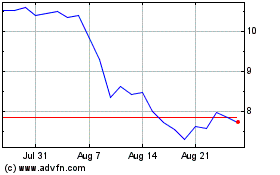 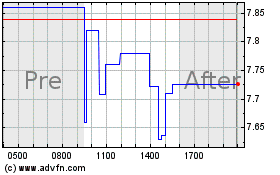