(CUSIP Number of Class of Securities)

(Name, address and telephone number of person authorized to receive notices and communications

on behalf of the persons filing statement)

This Amendment No. 6 (this “Amendment”) amends and supplements the Solicitation/Recommendation Statement on Schedule 14D-9 (as amended or supplemented from time to time, the “Schedule 14D-9”) filed by Huttig Building Products, Inc., a Delaware corporation (“Huttig”), with the Securities and Exchange Commission (the “SEC”) on March 29, 2022, relating to the tender offer (the “Offer”) by HBP Merger Sub, Inc., a Delaware corporation (“Merger Sub”) and a wholly-owned subsidiary of Woodgrain Inc., an Oregon corporation (“Parent”), to purchase all of the outstanding shares of common stock, par value $0.01 per share, of Huttig (the “Shares”), at a purchase price of $10.70 per Share, net to the seller in cash, without interest and subject to any withholding of taxes required by applicable law, upon the terms and subject to the conditions set forth in the Offer to Purchase dated March 28, 2022 (as amended or supplemented from time to time, the “Offer to Purchase”), and in the related Letter of Transmittal (which, together with the Offer to Purchase, as each may be amended or supplemented from time to time, constitute the “Offer”). The Offer is described in a Tender Offer Statement on Schedule TO filed by Parent and Merger Sub with the SEC on March 28, 2022. The Offer to Purchase and Letter of Transmittal are filed as Exhibits (a)(1)(A) and (a)(1)(B), respectively, to the Schedule 14D-9 and are incorporated herein by reference.

Item 3 of the Schedule 14D-9 is hereby amended and supplemented as follows:

The last paragraph in the section captioned “Item 3. Past Contacts, Transactions, Negotiations and Agreements—Arrangements with Parent and Merger Sub—Nondisclosure Agreement” in the Schedule 14D-9 is amended and supplemented as follows:

In addition, the Merger Agreement includes a provision permitting Huttig to waive any “standstill” or similar provision in any nondisclosure or other agreement with any person to the extent the provision would prohibit that person from making an acquisition proposal privately to the Huttig Board where the Huttig Board makes a good faith determination, after consultation with its outside legal counsel, that the failure to do so would be inconsistent with its fiduciary duties to Huttig’s stockholders under the DGCL.

Item 8 of the Schedule 14D-9 is hereby amended and supplemented as follows:

The first three paragraphs under “Item 8. Additional Information—Legal Proceedings—Delaware Court of Chancery Complaint and Demand for Inspection” in the Schedule 14D-9 are amended and supplemented as follows:

A putative class action complaint relating to the Offer and the Merger captioned Reith v. Huttig Building Products, Inc. et al., Case No. 2022-0332, was filed on August April 14, 2022, as amended on April 23, 2022, by a purported Huttig stockholder in the Court of Chancery of the State of Delaware. The putative class action complaint names as defendants Huttig and, the members of the Huttig Board, Parent and Merger Sub. Also on April 14, 2022, Huttig received a letter from counsel for a Huttig stockholder demanding to inspect certain books and records pursuant to Section 220 of the DGCL.

The Delaware complaint alleges, among other things, that the Huttig Board breached its fiduciary duties to Huttig stockholders in connection with the Offer and the Merger by (i) executing nondisclosure agreements with prospective bidders that contain “don’t-ask-don’t-waive” standstills and failing to waive the standstills following Huttig’s entry into the Merger Agreement, (ii) executing the Merger Agreement that, according to its terms and in conjunction with the standstills, impedes the Huttig Board’s ability to consider and accept superior proposals and restricts the flow of information necessary to permit the Huttig Board to act on an informed basis and determine whether the Offer and the Merger are reasonable and in the best interest of Huttig stockholders and (iii) misleading Huttig stockholders with respect to the terms of the nondisclosure agreements entered into with other parties during the sale process and the Huttig Board’s ability to receive unsolicited offers from these parties. The complaint also alleges that the Offer Price is inadequate and that Parent and Merger Sub aided and abetted breaches of fiduciary duty by the Huttig Board. The Section 220 inspection demand letter cites substantially similar allegations as the basis for seeking to inspect the information requested in the letter.

The following heading and paragraphs are added as a new subsection following the subsection entitled “Item 8. Additional Information—Annual and Quarterly Reports” on page 51:

Extension of the Offer.

On April 25, 2022, Huttig and Parent issued a joint press release announcing the extension of the Expiration Time until 11:59 p.m., New York City time, on May 2, 2022, unless further extended or earlier terminated in accordance with the Merger Agreement. The full text of the press release announcing the extension of the Offer is attached as Exhibit (a)(5)(G) to this Schedule 14D-9 and is incorporated herein by reference.

Item 9 of the Schedule 14D-9 is hereby amended and supplemented by adding the following exhibits:

After due inquiry and to the best of my knowledge and belief, I certify that the information set forth in this statement is true, complete and correct. 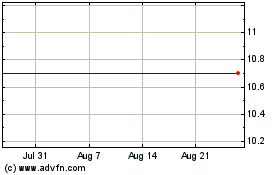 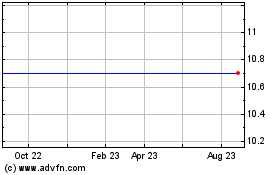 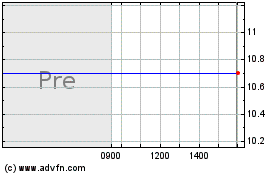