under the Securities Exchange Act of 1934

Indicate by check mark if the registrant is submitting the Form 6-K in paper as permitted by Regulation S-T Rule 101(b)(1):      ☐

Indicate by check mark if the registrant is submitting the Form 6-K in paper as permitted by Regulation S-T Rule 101(b)(7):      ☐

If "Yes" is marked, indicate below the file number assigned to the registrant in connection with Rule 12g3-2(b):  N/A

This Form 6-K consists of the following, which appears immediately following this page:

MIAMI, Aug. 14, 2020 – Globe Specialty Metals, Inc., a subsidiary of Ferroglobe PLC (NASDAQ:GSM) (“GSM”), and Mississippi Silicon LLC (“MS”), collectively representing the majority of American silicon metal production, today announced that the U.S. International Trade Commission (“ITC”) will continue investigating the harm caused by imports of silicon metal into the United States. The announcement comes after Commissioners voted 5-0 that there is a “reasonable indication” that silicon metal imports from Bosnia and Herzegovina, Iceland, Malaysia and Kazakhstan are materially injuring the U.S. industry.

The ITC’s preliminary decision follows a July 21, 2020 announcement that the U.S. Department of Commerce (“DOC”) would investigate unfair pricing and subsidies of these products.

“Unfair and illegal trade practices can have devastating effects, not just on the businesses and workers directly and most immediately impacted – the local communities and the entire economy also suffer from the fallout,” said Marco Levi, Chief Executive Officer of GSM’s parent, Ferroglobe. “We applaud the ITC for taking this step toward restoring fair competition to the U.S. silicon metal market.”

On June 30, 2020, GSM and MS filed petitions to stop silicon metal producers in Bosnia and Herzegovina, Iceland, Malaysia and Kazakhstan from selling dumped and unfairly subsidized silicon metal imports into the United States. In their petitions, the companies asked the DOC and ITC to impose duties on Bosnia and Herzegovina, Iceland and Malaysia to offset unfair pricing and to impose duties on Kazakhstan to offset unfair subsidies.

“Today’s vote reaffirms what U.S. producers of silicon metal and their workers have known for years – that our industry is suffering as a result of dumped and subsidized imports,” said Eddie Boardwine, Chief Operations Officer of MS. “Fortunately, our trade laws are set up to support fair trade. On behalf of our employees, customers, and colleagues, we applaud the ITC for its commitment to addressing harmful trade practices and look forward to seeing a level playing field restored.”

Silicon metal is an important element added to various grades of aluminum alloys used in performance applications such as automotive components and aerospace products. Silicon metal also is a critical raw material in the production of silicone compounds used in numerous products including sealants, adhesives, rubber gaskets, caulking compounds, lubricants, food additives, coatings, polishes, and cosmetics, among others. In addition, silicon metal is the base material in the production of polysilicon, a purified form of silicon used in solar cells and semi-conductors.

Globe Specialty Metals, Inc. is a wholly-owned U.S. subsidiary of Ferroglobe PLC, one of the world’s leading suppliers of silicon metal, silicon- and manganese- based specialty alloys and ferroalloys, serving a customer base across the globe in dynamic and fast-growing end markets, such as solar, automotive, consumer products, construction and energy. Through its subsidiaries, GSM owns metallurgical manufacturing facilities and other operations in Ohio, West Virginia, New York, Alabama, Indiana, Florida and Kentucky. 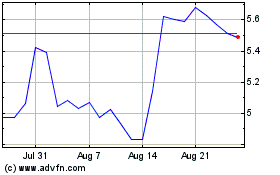 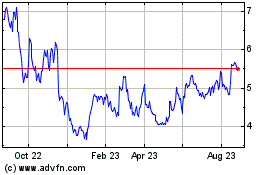 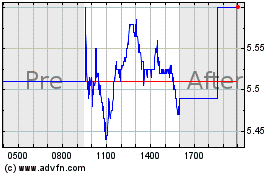