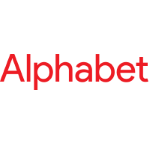 WASHINGTON -- The Supreme Court agreed to hear an appeal by Alphabet Inc.'s Google, challenging its loss to Oracle Corp. in a copyright case that could produce a multibillion-dollar verdict and have wide ramifications for the software industry.

The court on Friday announced its review in a brief written order. The case dates back to 2010, when Oracle alleged Google's Android smartphone-operating system infringed on copyrights related to Oracle's Java platform -- technology Oracle acquired when it bought Sun Microsystems Inc. that year.

An appeals court last year rejected Google's defenses and set new legal proceedings for how much it owes Oracle in damages. Oracle previously has sought as much as $9 billion.

The litigation focuses on a key issue in the tech industry: How software developers use application-program interfaces, or APIs, prewritten packages of computer code that allow programs, websites or apps to talk one another.

"Oracle spent years and hundreds of millions of dollars writing a blockbuster work -- a software platform," the company said in a court brief. "Google then refused Oracle's offer of a license and copied the most recognizable portions of that work into a competing platform."

Google argued Oracle shouldn't be able to assert copyrights on basic software commands. An Oracle win "will upend the longstanding expectation of software developers that they are free to use existing software interfaces to build new computer programs," Google said in its petition seeking Supreme Court review.

The case went to trial twice. In the last round, jurors accepted Google's arguments that its copying of the Java code was fair use, but the U.S. Court of Appeals for the Federal Circuit overturned that conclusion last year.

"There is nothing fair about taking a copyrighted work verbatim and using it for the same purpose and function as the original in a competing platform," the appeals court said.

The Supreme Court took the case against the advice of the Justice Department, which argued there was no need for the justices to intervene. U.S. Solicitor General Noel Francisco said in a court brief that Oracle's code was eligible for copyright protection. Mr. Francisco said the lower court's ruling on fair use wasn't "free from doubt," but argued this particular case wasn't the best opportunity for the high court to flesh out that area of the law.

An array of tech companies and trade associations urged the high court to hear the case, including Microsoft Corp., which said the lower court's limited view on the fair use of computer code threatened innovation in software production, which "is often a highly collaborative process in which many different players participate."

The justices also said Friday they would consider whether military personnel could be charged with rapes allegedly committed before 2006, when Congress amended the Uniform Code of Military Justice to clarify that a five-year statute of limitations didn't apply.

Earlier this year, the U.S. Court of Appeals for the Armed Forces overturned several courts-martial of Air Force supervisors who were charged more than five years after allegedly raping women trainees. The issue arose because of a complicated interplay between civilian and military law that the appeals court found created a gap in congressional authorization for rape charges to be filed without regard to when the crime took place.

In February, the military appeals court held that the default statute of limitations, five years, applied to several convictions before it. On appeal to the Supreme Court, the government disagreed.

Moreover, the government said, there were particular reasons the time bar was inappropriate for the military, including that the hierarchical nature of the armed forces exacerbates the underreporting of rape, which often is perpetrated by a superior against a subordinate.

The Supreme Court is expected to hear the cases early next year, with decisions expected by the end of June.

Write to Brent Kendall at brent.kendall@wsj.com and Jess Bravin at jess.bravin@wsj.com 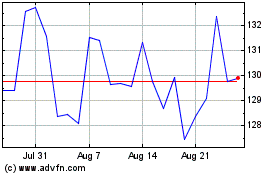 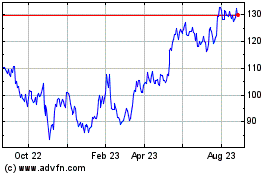 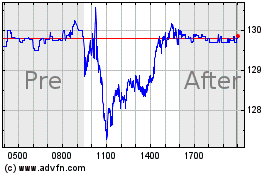