Check the appropriate box below if the Form 8-K filing is intended to simultaneously satisfy the filing obligations of the registrant under any of the following provisions:

Withum’s report of independent registered public accounting firm, dated March 16, 2020, on the Company’s balance sheets as of December 31, 2019 and 2018, the related statements of operations, stockholders’ equity and cash flows for the year ended December 31, 2019 and for the period from August 6, 2018 (inception) to December 31, 2018, and the related notes to the financial statements did not contain any adverse opinion or disclaimer of opinion, nor were they qualified or modified as to uncertainty, audit scope or accounting principles other than HCAC’s ability to continue as a going concern due to HCAC’s obligation to either complete a business combination by the close of business on September 5, 2020, or cease all operations except for the purpose of winding down and liquidating.

During the period from August 6, 2018 (inception) to December 31, 2019 and the subsequent period through January 12, 2021, there were no: (i) disagreements with Withum on any matter of accounting principles or practices, financial statement disclosures or audited scope or procedures, which disagreements if not resolved to Withum’s satisfaction would have caused Withum to make reference to the subject matter of the disagreement in connection with its report or (ii) reportable events as defined in Item 304(a)(1)(v) of Regulation S-K.

During the period from August 6, 2018 (inception) to December 31, 2019, and the interim period through January 12, 2021, the Company did not consult Deloitte with respect to either (i) the application of accounting principles to a specified transaction, either completed or proposed; or the type of audit opinion that might be rendered on the Company’s financial statements, and no written report or oral advice was provided to the Company by Deloitte that Deloitte concluded was an important factor considered by the Company in reaching a decision as to the accounting, auditing or financial reporting issue; or (ii) any matter that was either the subject of a disagreement, as that term is described in Item 304(a)(1)(iv) of Regulation S-K under the Exchange Act and the related instructions to Item 304 of Regulation S-K under the Exchange Act, or a reportable event, as that term is defined in Item 304(a)(1)(v) of Regulation S-K under the Exchange Act.

On January 12, 2021 (the “Effective Date”), upon the recommendation of its Nominating and Corporate Governance Committee (the “Nominating Committee”), the Board increased the size of the Board from 6 to 7 members, and appointed Ms. Debra von Storch to fill the newly created vacancy to serve on the Board as a Class I director until the Company’s 2021 annual meeting of stockholders, and until her successor has been duly elected and qualified, or until her earlier death, resignation or removal. Based upon the further recommendation of its Nominating Committee, the Board appointed Ms. von Storch to replace Ms. Josette Sheeran as a member of its Audit Committee and appointed Ms. von Storch to replace Mr. Thomas Dattilo as the Chair of its Compensation Committee, with such appointments effective upon her appointment to the Board. Ms. Sheeran and Mr. Dattilo will remain directors of the Board, and Mr. Dattilo will remain a member of the Compensation Committee. Ms. von Storch was not selected by the Board to serve as a director pursuant to any arrangement or understanding with any person.

In connection with the aforementioned appointment to the Board, the Company entered into its standard indemnification agreement with Ms. von Storch, which form indemnification agreement is filed as Exhibit 10.4 to the Company’s Current Report on Form 8-K (File No. 001-38824) filed with the SEC on December 22, 2020, which requires the Company, under the circumstances and to the extent provided for therein, to indemnify the indemnitee to the fullest extent permitted by applicable law against certain expenses and other amounts incurred by the indemnitee as a result of the indemnitee being made a party to certain actions, suits, investigations and other proceedings.

The information in this Item 7.01, including Exhibit 99.1 attached hereto, is being furnished and shall not be deemed “filed” for purposes of Section 18 of the Securities Exchange Act of 1934, as amended (the “Exchange Act”), or otherwise subject to the liabilities of that section, nor shall such information be deemed incorporated by reference in any filing under the Securities Act of 1933, as amended, or the Exchange Act, except as shall be expressly set forth by specific reference in such a filing. 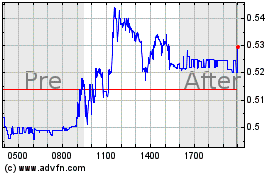