Genprex, Inc. (“Genprex” or the “Company”) (NASDAQ: GNPX), a clinical-stage gene therapy company, reported that its collaborators from The University of Texas MD Anderson Cancer Center (“MD Anderson”) presented positive preclinical data for the combination of TUSC2 immunogene therapy with an anti-PD1 antibody, pembrolizumab, and for the combination of TUSC2 immunogene therapy, pembrolizumab, and chemotherapy for the treatment of some of the most resistant metastatic lung cancers, including the KRAS and LKB1 mutations, at the American Association of Cancer Research Tumor Immunology and Immunotherapy Meeting 2019. The TUSC2 gene is a tumor suppressor gene and is the active agent in Genprex’s Oncoprex™ immunogene therapy.

The poster, entitled “Efficacy of Novel Immunogene-Combinations for KRAS and LKB1 mutant NSCLC in a Humanized Mouse Model” shows that TUSC2 confers sensitivity to checkpoint blockade for some of the most resistant metastatic human cancers, including the KRAS and LKB1 mutations, in mice with human immune cells (humanized mice) with lung metastases. When TUSC2 was combined with anti-PD1 therapy, pembrolizumab, in humanized mice with KRAS and LKB1 lung metastases, there was significantly increased antitumor activity than when compared to either agent alone. This combination and model also demonstrated TUSC2-related NK (Natural Killer) cell activation. A significantly higher percentage of CD56+ NK and CD56+CD59+ active NK cells, which are immune cells that have been activated to kill cancer cells, were found in the mice that received TUSC2 alone and in those that received the combination of TUSC2 and pembrolizumab than in those that received pembrolizumab alone.

The poster also shows that TUSC2 increases the effectiveness of anti-PD1 checkpoint blockade combined with platinum chemotherapy in humanized mice with lung metastases with KRAS and LKB1 mutations, thus demonstrating that TUSC2 may improve on first-line standard of care for lung cancer. The combination of TUSC2 with pembrolizumab and carboplatin, a platinum chemotherapy, in humanized mice with KRAS and LKB1 lung metastases resulted in metastasis regression significantly greater than either TUSC2 alone or pembrolizumab combined with carboplatin treatments. This model showed significantly fewer or no visible tumor nodules after treatment with the TUSC2 combination as compared with other groups, and it showed strong antitumor efficacy. The combination of TUSC2 with pembrolizumab and carboplatin resulted in complete eradication of anti-PD1 resistant lung metastases in the humanized mouse model.

“These data not only further support existing preclinical data showing that Oncoprex immunogene therapy is synergistic with anti-PD1 therapy, but they also offer new data demonstrating that Oncoprex improves on the combination of anti-PD1 therapy and chemotherapy, today’s first line standard of care for lung cancer,” said Julien L. Pham, MD, MPH, President and Chief Operating Officer of Genprex. “In a sophisticated humanized mouse model, the combination of TUSC2 with pembrolizumab and carboplatin resulted in complete eradication of anti-PD1 resistant lung metastases in some of the most resistant cancer mutations. This is highly encouraging and provides us with a strong indication that the combination could lead to similar results in the clinic.”

Genprex, Inc. is a clinical stage gene therapy company developing potentially life-changing technologies for cancer patients based upon a unique proprietary technology platform. Genprex’s platform technologies are designed to administer cancer-fighting genes by encapsulating them into nanoscale hollow spheres called nanovesicles, which are then administered intravenously and taken up by tumor cells where they express proteins that are missing or found in low quantities. The company’s lead product candidate, Oncoprex™ immunogene therapy for non-small cell lung cancer (NSCLC), has a multimodal mechanism of action whereby it interrupts cell signaling pathways that cause replication and proliferation of cancer cells, re-establishes pathways for apoptosis, or programmed cell death, in cancer cells, and modulates the immune response against cancer cells. Oncoprex has also been shown to block mechanisms that create drug resistance. For more information, please visit the company’s web site at www.genprex.com or follow Genprex on Twitter, Facebook and LinkedIn.

Statements contained in this press release regarding matters that are not historical facts are “forward-looking statements” within the meaning of the Private Securities Litigation Reform Act of 1995. Because such statements are subject to risks and uncertainties, actual results may differ materially from those expressed or implied by such forward-looking statements. Such statements include, but are not limited to, statements regarding the effects of Oncoprex, or Oncoprex in combination with immunotherapies, and Oncoprex combined with immunotherapies and chemotherapies, on cancer. Risks that contribute to the uncertain nature of the forward-looking statements include risks relating to the effects of Oncoprex, alone and in combination with immunotherapies and chemotherapies. Other risks and uncertainties associated with Genprex and its lead product candidate Oncoprex are described more fully under the caption “Risk Factors” and elsewhere in our filings and reports with the United States Securities and Exchange Commission. All forward-looking statements contained in this press release speak only as of the date on which they were made. We undertake no obligation to update such statements to reflect events that occur or circumstances that exist after the date on which they were made. 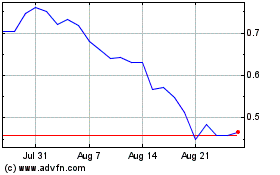 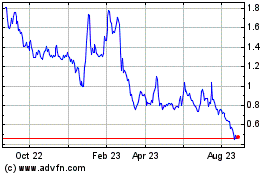 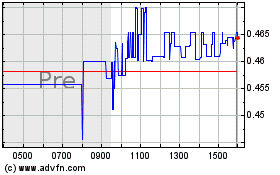