Item 2.02. Results of Operations and Financial Condition.
On September 10, 2019, Farmer Bros. Co., a Delaware corporation (the "Company"), issued an earnings release announcing its financial results for its fourth quarter and fiscal year ended June 30, 2018. A copy of the earnings release is furnished herewith as Exhibit 99.1 and incorporated herein by reference.

The Company will host an investor conference call at 5:00 p.m. Eastern time (4:00 pm Central time) on September 10, 2019 to review the Company’s results for the fourth quarter and fiscal year ended June 30, 2019.  The call will be open to all interested investors through a live audio web broadcast via the Internet at https://edge.media-server.com/mmc/p/jhjjhw7b and at the Company’s website www.farmerbros.com under “Investor Relations.”  The call also will be available to investors and analysts by dialing Toll Free: 1-(844) 423-9890 or international: 1-(716) 247-5805. The passcode/ID is 7019529.

On September 10, 2019, Farmer Bros. Co. (the “Company”) announced the appointment of Deverl Maserang as the President and Chief Executive Officer of the Company, effective on September 13, 2019 (the “Commencement Date”). Mr. Maserang will also serve as a member of the Board of Directors.

Mr. Maserang, age 56, mostly recently served as President and Chief Executive Officer of Earthbound Farm Organic, a global leader in organic food and farming from 2017 until April 26, 2019, when the company was acquired by Taylor Farms. From 2016 to 2017, Mr. Maserang served as Managing Partner of TADD Holdings, a business advisory firm. From 2013 to 2016, Mr. Maserang was Executive Vice President Global Supply Chain for Starbucks Corporation, a global coffee roaster and retailer, where he was responsible for end-to-end global supply chain operations spanning manufacturing, engineering, procurement, distribution, planning, transportation, inventory management and worldwide sourcing. Prior to that, he held leadership roles at Chiquita Brands International, Peak Management Group, FreedomPay, Installation Included, Pepsi Bottling Group and United Parcel Service and served for a period in the US Air Force. Mr. Maserang received his Bachelor of Science degree from Texas Tech University.

In connection with his hiring the Company entered into an employment agreement, dated September 6, 2019, with Mr. Maserang (the “Employment Agreement”), a copy of which is included as Exhibit 10.1.

Under the terms of the Employment Agreement, Mr. Maserang’s initial annual base salary will be $660,000. He will be entitled to participate in the Company’s annual incentive plan, with an annual targeted bonus at not less than one hundred percent (100%) of his base annual salary (the “Targeted Bonus”). Mr. Maserang will be eligible to earn between fifty percent (50%) and two hundred percent (200%) of the Targeted Bonus depending on performance goals attained, provided that if the threshold minimum performance goals are not achieved, he will not earn any bonus.

On the Commencement Date, Mr. Maserang will be granted non-qualified stock options with a fair value of $1,000,000 having a seven year term, vesting ratably over 3 years and a fair market value exercise price, as well as performance vesting share units, with a value of $500,000 based on the closing share price on the Commencement Date and vesting on June 30, 2022, subject to achievement of adjusted EBITDA and free cash flow goals. Mr. Maserang will be eligible to vest in up to 200% of the performance share units if the maximum goals are met and will vest in only 50% of the performance shares units if threshold goals are met. The Forms of Stock Option Agreement and Restricted Stock Grant Agreement have been filed with the SEC as Exhibits to the Form 8-K filed on December 4, 2017 and are incorporated herein by reference.

Mr. Maserang will be entitled to all benefits and perquisites provided by the Company to its senior executives, including group health insurance, life insurance, 401(k) plan, and expense reimbursement.

Mr. Maserang’s employment may be terminated by the Company at any time with or without Cause or upon Mr. Maserang’s resignation with or without Good Reason, death or Permanent Incapacity, as such terms are defined in the Employment Agreement. Upon certain events of termination, Mr. Maserang is entitled to severance benefits, including base salary continuation, partially Company-paid COBRA coverage, and a prorated Target Award under the Incentive Plan. In addition, if termination occurs after the end of a fiscal year but before the Compensation Committee takes final action on Incentive Plan bonuses for the preceding fiscal year, in certain events Mr. Maserang will be entitled to a bonus for the preceding fiscal year. Receipt of any severance amounts is conditioned upon execution of a general release of claims against the Company. If Mr. Maserang becomes eligible for severance benefits under the Change in Control Severance Agreement described below under this Item 5.02, the benefits provided under that agreement will be in lieu of, and not in addition to, the severance benefits under the Employment Agreement.

On September 6, 2019, the Company and Mr. Maserang entered into a Change in Control Severance Agreement (“CICS Agreement”) which provides for a lump sum severance payment equal to two times the sum of his base salary, target annual incentive, other severance benefits and terms otherwise materially consistent with the terms of the Company’s standard form of Change in Control Severance Agreement previously filed with the SEC, in the event of a termination of employment in connection with a Change in Control (as defined in the CICS Agreement), the form of which is included as Exhibit 10.2 hereto.

Mr. Maserang will succeed Christopher P. Mottern who has been the Interim Chief Executive Officer since May 5, 2019. Mr. Mottern will remain at the Company on an interim basis through October 30, 2019 to assist in providing an orderly transition. Also, Mr. Mottern will continue to serve as a Class I Director on the Company's board of directors.

Item 7.01. Regulation FD Disclosure.
The information set forth in Item 2.02 above and the press release announcing the appointment of Deverl Maserang as the President and Chief Executive Officer of the Company, effective on September 13, 2019 (the text of the press release is included as Exhibit 99.2 to this Form 8-K), is hereby incorporated herein by reference.

As provided in General Instruction B.2. of Form 8-K, the information and exhibit furnished pursuant to Item 2.02 and 7.01 of this report are being furnished and shall not be deemed “filed” for the purposes of Section 18 of the Securities Exchange Act of 1934, as amended, or otherwise subject to the liabilities of that Section, shall not be incorporated by reference into any registration statement or other document filed pursuant to the Securities Act of 1933, as amended, or the Securities Exchange Act of 1934, as amended, regardless of any general incorporation language in such filing. In addition, the exhibit furnished herewith contains statements intended as "forward-looking statements" that are subject to the cautionary statements about forward-looking statements set forth in such exhibit.

SIGNATURE
Pursuant to the requirements of the Securities Exchange Act of 1934, the registrant has duly caused this report to be signed on its behalf by the undersigned hereunto duly authorized.
Dated:    September 10, 2019 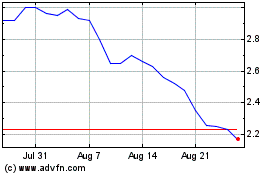 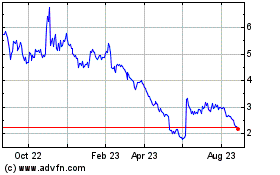 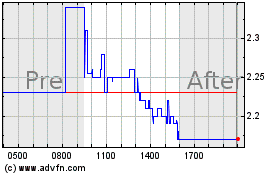