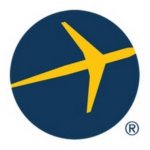 The market for leveraged buyouts has sprung back to life after private-equity firms finished triaging their coronavirus-stricken portfolio companies and shifted attention back to their mounting cash piles.

Buyout firms spent the bulk of the second quarter battened down as they assessed the economic damage of the shutdown on the companies they own, particularly those in hard-hit sectors such as live entertainment, travel, retail and energy. Those in need conserved cash, drew down revolving-credit facilities or sought rescue financing.

That trend reversed itself in the three months ended Sept. 30 as firms struck $146 billion of new deals globally, up from a feeble $53.3 billion in the second quarter and $103.8 billion in the third quarter of 2019, according to Dealogic. In the opening weeks of the fourth quarter, $17.4 billion of buyouts have already been announced.

Some of those were new deals, and another chunk represented the resumption of sale processes that were put on hold when the virus struck, according to bankers and buyout executives. Facilitating the comeback was the return of the market for leveraged loans, the below-investment-grade loans used to fund many buyouts, which retreated significantly when most of the world went into lockdown.

KKR struck a deal the following month to buy 1-800 Contacts from AEA Investors for more than $3 billion. All three of these deals involved private-equity firms buying companies from each other, a trend that has become increasingly common in recent years.

"There's been a definite push in sectors that were recovering and where it felt like there was economic stability," said John Cokinos, co-head of leveraged finance at RBC Capital Markets.

RBC co-led a financing for CD&R's $4 billion deal to buy the construction and industrial business of HD Supply Holdings Inc., known as White Cap. The process had been tabled a week before the virus hit New York City, but it was revived over the summer, Mr. Cokinos said.

September marked the first month since February that the volume of leveraged loans marketed to investors in the U.S. and Europe accounted for more than half of global loan volume, Dealogic data show. Such loans have steadily become less costly for borrowers since the virus hit, thanks in part to a pickup in the formation of new collateralized loan obligations -- the primary buyer for leveraged loans.

Firms are sitting on $2.65 trillion of cash waiting to be invested in private markets, with nearly two-thirds of that set aside for private-equity deals, according to data provider Preqin.

Before the pandemic, high asset prices caused many firms to be judicious with their deal making in hopes that a downturn would soon offer more-favorable investment opportunities. The coronavirus seemed as though it might offer that.

But the window of opportunity to take advantage of turmoil in the market proved brief, thanks in large part to the Federal Reserve. It implemented a corporate-bond-buying program that included the debt of investment-grade companies as well as those that had investment-grade credit ratings before March 22. That flooded the market with liquidity, and stocks have largely continued to charge higher ever since.

There were some firms able to seize the moment, including Silver Lake and Apollo Global Management Inc., which put billions of dollars to work by providing rescue financing to companies including Airbnb Inc. and Expedia Group Inc. Others, such as Blackstone, have preferred to mostly lie in wait with the idea that economic recovery will prove slower than the stock market's recent performance suggests.

For private-equity firms, which must also sell off their investments profitably, the buoyant stock market hasn't been all bad. Firms exited $131 billion of deals in the third quarter, compared with $19.6 billion in the second quarter and $95.9 billion a year earlier, according to Dealogic.

Write to Miriam Gottfried at Miriam.Gottfried@wsj.com 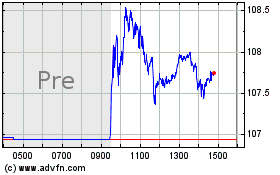