On September 26, 2019, electroCore, Inc. (the “Company”) entered into an Offer Letter providing for the appointment of Daniel Goldberger, 60, as Chief Executive Officer and as a member of the Board of Directors (the “Board”) of the Company, effective as of October 1, 2019. As a Class I director, Mr. Goldberger’s term lasts until the Company’s 2022 annual meeting of stockholders.

Mr. Goldberger has no family relationships with any of the Company’s directors or executive officers, and he is not a party to, and does not have any direct or indirect material interest in, any transaction requiring disclosure under Item 404(a) of Regulation S-K. There are no arrangements or understandings between Mr. Goldberger and any other persons pursuant to which he was selected as a director.

Pursuant to his Offer Letter (the “Agreement”), Mr. Goldberger will serve as Chief Executive Officer of the Company effective as of October 1, 2019 (the “Start Date”), and will be paid an annual base salary of $500,000, as the same may be adjusted in the Company’s discretion. In addition, Mr. Goldberger is entitled to receive, subject to employment by the Company on the applicable date of bonus payout, an annual target discretionary bonus of up to 50% of his annual base salary, payable at the discretion of the Board or the Compensation Committee of the Board. Pursuant to the Agreement, Mr. Goldberger is also eligible to receive healthcare benefits as may be provided from time to time by the Company to its employees generally, to participate in the Company’s 401(k) plan and to receive paid time off annually in accordance with the Company’s policies in effect from time to time. Additionally, the Offer Letter provides Mr. Goldberger with expense reimbursement for up to $100,000 of moving expenses.

Pursuant to the Agreement, Mr. Goldberger was granted a long-term equity incentive grant and a one-time new hire equity incentive grant, in the form of an option to purchase shares of the Company’s common stock having an aggregate estimated value of $1,200,000 on the Start Date and 215,053 restricted stock units (“RSUs”). Such option and the RSUs vest 25% on each of the four year anniversaries of the Start Date, subject to Mr. Goldberger’s continued employment by the Company on the applicable vesting date. Mr. Goldberger’s option grant has an exercise price per share equal to $1.86, which was the closing price of the Company’s common stock on the Nasdaq Stock Market on the grant date.

The foregoing description of the Agreement is qualified in its entirety by reference to the text of such agreement, which is filed as Exhibit 10.1 to this Current Report on Form 8-K and incorporated herein by reference.

Effective as of the Start Date, and as previously disclosed pursuant to the Separation and Release Agreement dated June 10, 2019, Francis Amato is no longer serving as the Chief Executive Officer or a member of the Board. Mr. Amato’s resignation is not the result of any disagreement with the Company relating to the Company’s operations, policies or practices.

On September 26, 2019, a purported stockholder of the Company served a putative class action lawsuit in the United States District Court for the District of New Jersey captioned Allyn Turnofsky vs. electroCore, Inc., et al., Case 3:19-cv-18400. In addition to the Company, the defendants include present and past directors and officers and the underwriters for the Company’s initial public offering. The plaintiff seeks to represent a class of stockholders who (i) purchased common stock of the Company in its initial public offering (the “IPO”) or whose purchases are traceable to the IPO, or (ii) who purchased common stock of the Company between the IPO and September 25, 2019. The complaint alleges that the defendants violated Sections 11 and 15 of the Securities Act of 1933 and Sections 10(b) and 20(a) of the Exchange Act of 1934, with respect to (i) the registration statement and related prospectus for the IPO, and (ii) certain later public disclosures. The complaint seeks unspecified compensatory damages, interest, costs and attorneys’ fees. The Company intends to vigorously defend itself; however, in light of, among other things, the preliminary stage of the litigation, the Company is unable to provide any assurances as to the ultimate outcome of the lawsuit and is unable to make a meaningful estimate of the amount or range of loss, if any, that could result from an unfavorable outcome. 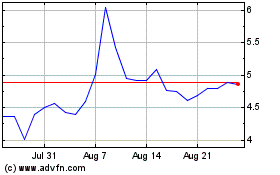 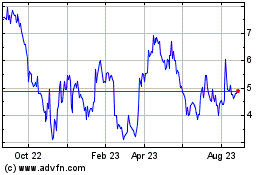 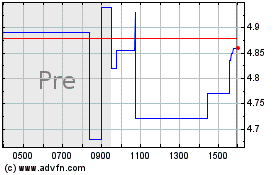