This article is being republished as part of our daily reproduction of WSJ.com articles that also appeared in the U.S. print edition of The Wall Street Journal (December 19, 2019).

SoftBank Group Corp. offered to help finance Dish Network Corp.'s construction of a new cellphone network intended to shore up competition if the merger of the nation's No. 3 and No. 4 wireless carriers closes, Dish's chairman said Wednesday.

Charlie Ergen, who is also a Dish co-founder, finished testifying Wednesday in support of T-Mobile US Inc.'s purchase of rival Sprint Corp., arguing that the merger would allow his company to enter the consumer wireless market as a stronger competitor than Sprint. Mr. Ergen had said Tuesday that the satellite company's plans were credible and could count on loans of $10 billion from three separate bank lenders based on letters they issued Dec. 9.

A group of state attorneys general is suing to block the merger of Sprint -- which is controlled by Japan's SoftBank -- and T-Mobile, arguing the combination would hurt competition.

JPMorgan, one of the banks lined up this month to lend Dish cash, was offering to back the company even earlier. A June 27 email from a JPMorgan banker displayed in court Wednesday arranged for financing of Dish's purchase of Sprint prepaid brand Boost Mobile with SoftBank's support.

Mr. Ergen said the company was seeking a $1 billion general-purpose loan at the time and thought the SoftBank assistance "would give us margin" because the Japanese investment company can borrow at a "much lower rate" that could save Dish $70 million to $100 million. The Justice Department also approved the funding arrangement, which remains contingent on the T-Mobile purchase of Sprint closing, Mr. Ergen added.

Dish swooped in during the summer with an offer to buy spectrum and customer accounts from Sprint to help satisfy federal antitrust concerns about the merger.

The Dish proposal was enough to win the U.S. Department of Justice's support for T-Mobile's takeover of Sprint, but a coalition of state attorneys general were unconvinced and took the wireless merger to a federal trial in New York. The states have argued that Dish, which serves no cellphone customers today, wouldn't be a credible player in the wireless market, while Sprint still has tens of millions of customers.

Dish has told investors it can use cash on hand to pay for Sprint's prepaid customer accounts, including Boost Mobile, along with certain wireless spectrum licenses. But Mr. Ergen said Tuesday that Dish will need $8 billion to $10 billion to build its nationwide network over several years.

Attorneys for the states challenging the wireless merger have argued that SoftBank founder Masayoshi Son could use the multinational company's financial resources to help rescue Sprint, which has been losing customers for years. They cited an email from Mr. Son telling executives "if we need to pay back most or all of bonds, I am willing to pay back all of those" for Sprint.

Another Sprint executive testified earlier that the company wouldn't be viable in its current form within the next two years. Sprint Chief Executive Michel Combes said Monday that the company faced a "vicious cycle" that affects its ability to afford financing.

Dish had about $14 billion of net debt at the end of September, while Sprint's net debt stood at $33 billion.

Mr. Ergen, joined in court Wednesday by senior executives and family members, also fought back against evidence presented by California's deputy attorney general that suggested his past tangles with federal regulators and judges made him unreliable.

Judge Victor Marrero asked the Dish boss more specific questions about the company's future under the merger arrangement, including whether T-Mobile might try to put Dish out of the wireless business.

Mr. Ergen said it would be difficult for T-Mobile to wage a price war against his company because its Justice Department-brokered agreement has "a formula to protect us."

The judge also asked Mr. Ergen about his view of the wireless market's "status quo" if T-Mobile fails to buy Sprint.

"We're still going to enter the marketplace" if that happens, the Dish chairman said, "just maybe not to consumers."

Write to Drew FitzGerald at andrew.fitzgerald@wsj.com 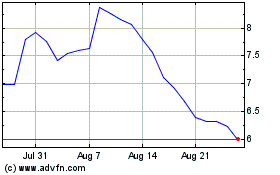 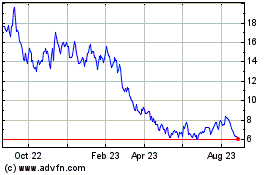 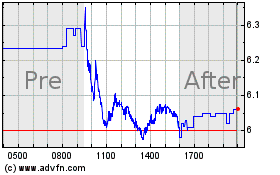