Bed Bath and Beyond News

This article is being republished as part of our daily reproduction of WSJ.com articles that also appeared in the U.S. print edition of The Wall Street Journal (July 9, 2020).

Bed Bath & Beyond Inc. said it would permanently close roughly 200 stores, a bet that the home-goods chain can ride out the coronavirus pandemic by shrinking its bricks-and-mortar footprint.

Bed Bath & Beyond, which operates roughly 1,500 stores, had to shut many of its locations starting March 23 because of Covid-19 restrictions in the U.S. Despite a jump in online sales, the company's overall revenue for the quarter ended May 30 plunged 49% to $1.31 billion.

The decline was in line with the quarterly drops reported by Kohl's Corp., TJX Cos. and other rivals during the period. Unlike those chains, Bed Bath & Beyond was struggling to draw shoppers and boost sales before the Covid-19 pandemic upended shopping habits and the U.S. economy.

The company, which also owns the BuyBuy Baby and Harmon drugstore chains, said most of the stores that will close over the next two years are from its flagship chain. It had 955 Bed Bath & Beyond locations as of May 30, so the closures represent about 21% of those locations.

"The impact of the Covid-19 situation was felt across our business during our fiscal first quarter, including loss of sales due to temporary store closures and margin pressure from the substantial channel shift to digital," said Chief Executive Mark Tritton. "We believe Bed Bath & Beyond will emerge from this crisis even stronger."

Mr. Tritton was named CEO last year after an activist investor ousted most of the retailer's leadership, including the co-founders. He has been trying to streamline the business and declutter stores. The retailer's formula of stocking stores sky-high with goods and using coupons to lure shoppers had become outdated in a world where most of the products it sells are a click away.

On Wednesday, Mr. Tritton said Bed Bath & Beyond had converted about 25% of its stores into regional fulfillment centers during the pandemic, nearly doubling its capacity to handle the surge in online shopping.

Bed Bath & Beyond said nearly all of its stores are now open and offering curbside pickup services. It said digital sales jumped 82% in the quarter, but those gains were more than offset by a 77% plunge in sales at stores due to the closures.

The company has been selling assets to raise cash for its turnaround efforts. In January, it signed a deal to sell roughly half of its real estate to a private-equity firm and lease back the space. In April, it sold its One Kings Lane e-commerce site for an undisclosed amount. Executives said after ending the May quarter with about $1.2 billion in cash, they secured a new $850 million asset-backed credit line. 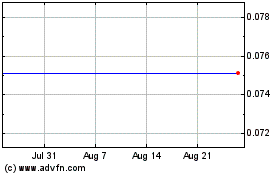 Bed Bath and Beyond (NASDAQ:BBBY)
Historical Stock Chart
From Nov 2019 to Nov 2020 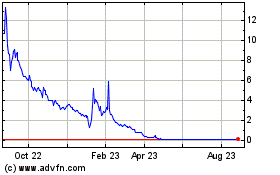 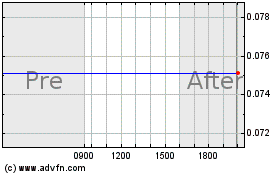